Galax is ready for GeForce RTX 4050

A photo shared by Redditor TheBloodNinja, shows a mysterious box with an unreleased graphics card. It was  spotted during a GALAX launch event for the RTX 4090 GPU in Philippines. 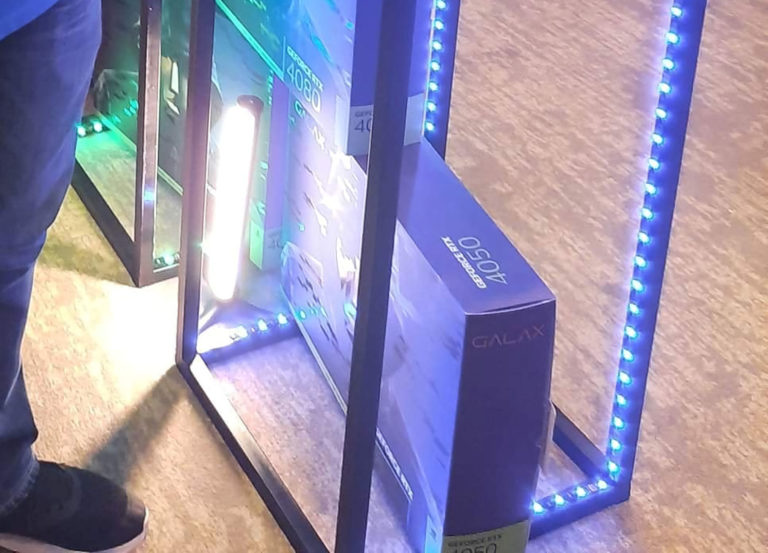 The packaging, which is massive, one must add, clearly mentions RTX 4050. We managed to confirm that such a box was indeed displayed at the event, although some parts of the box were hidden under a tape, but clearly not all of them. 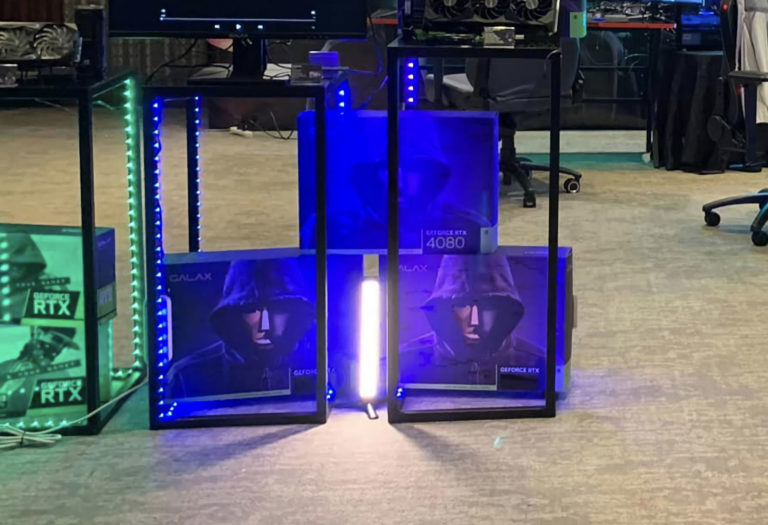 There is a good chance that this is just a very strange mistake to make, especially during an official launch event (although it took part on October 6th). It is very likely that GALAX is already printing boxes for new cards such as RTX 4080 model, but we find it very unlikely that RTX 4050 is coming anytime soon.

As far as we know, NVIDIA has not yet confirmed its plans for the RTX 4060/4050 series, and even if they did, the packaging is too big for a low-end model such as this.