GALAX finally releases the full specs of their new Boomstar.

Boomstar, along with Metaltop are custom designs by GALAX sold exclusively in China. The series make use of eye-catching cooling solutions typically in white or silver color schemes. The company has just released full specs of the new series featuring factory-overclocked and stock running models. 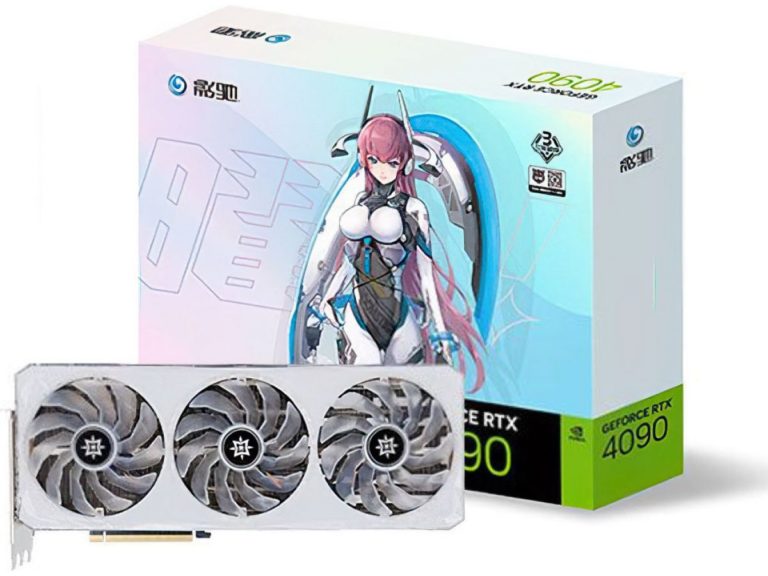 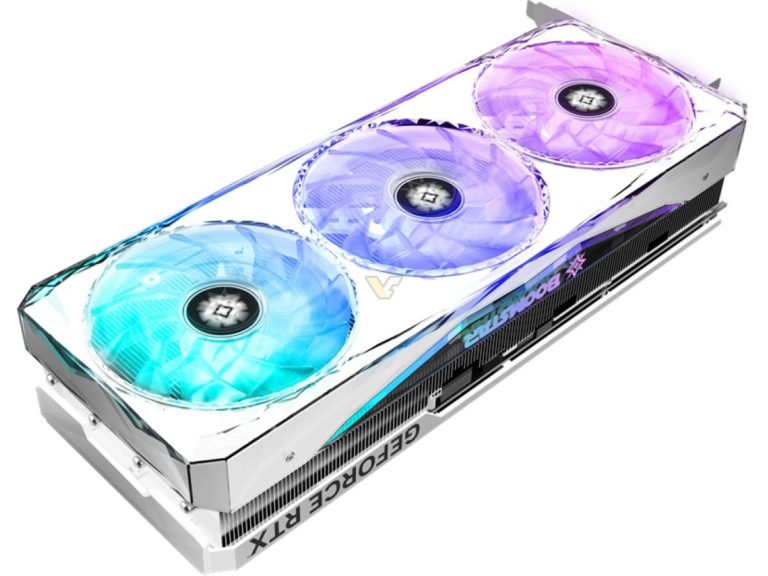 Boomstar is a triple-slot and triple-fan design equipped with as single 16-pin power connector. Along with HOF (Hall of Fame) GPU these cards are usually kept in white, a color which is slowly gaining in popularity in the PC market.

The theme for 2022 Boomastar series are crystals, a bit like Palit’s GameRock series except in white. The card has a full custom backplate with a large Boomstar logo, plus the additional logos on the side and on a VGA support bracket which is bundled with the card. 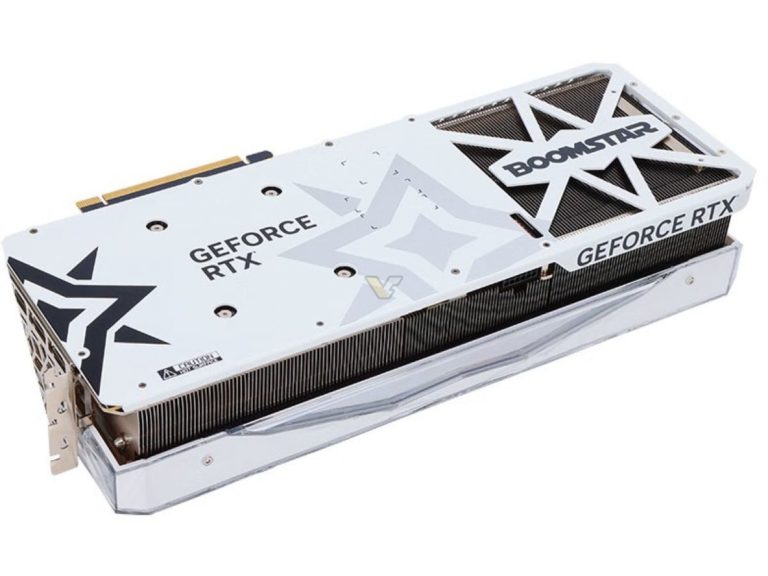 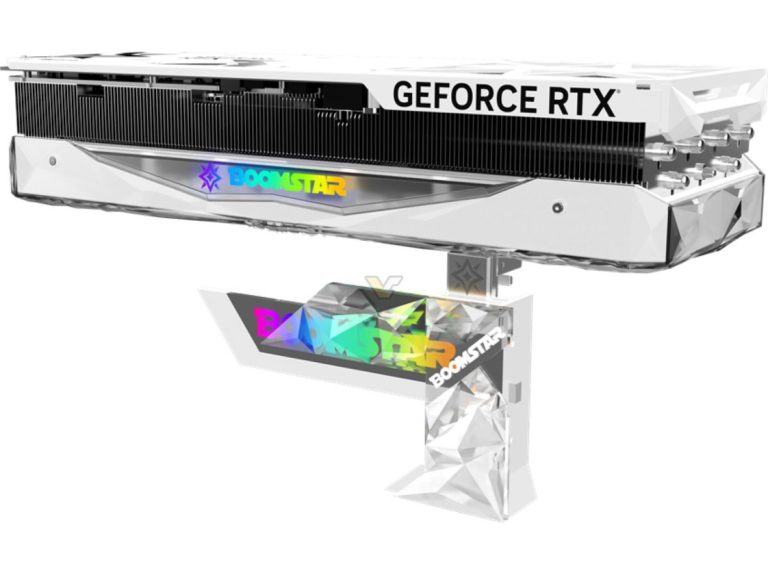 The card will be available with factory-overclocking to 2580 MHz (+78 MHz). The company recommends 1000W power supply for this card, but it should be noted that Boomstar has NVIDIA reference TDP at 450W.

Last week a photograph of a ‘happiest man alive’ has gone viral. A pair went shopping to pick up GeForce RTX 4090 and PlayStation 5 at the same time. The card they bought was actually the same Boomstar RTX 4090 card the company now making official.

GALAX is also working on customized Boomstar series with new color schemes. Those have been shared 2 months ago and there has been no updates on when will these become available though. 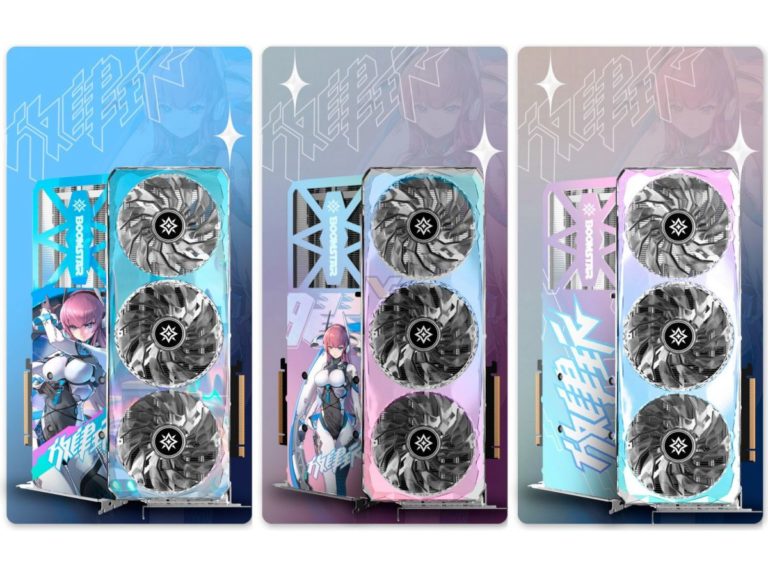 The card is now listed on Chinese retail sites with a price at 17,999 RMB (~2,500 USD), so around 140 USD more than MetalTop varaint. Both models are exclusive to China.