This is the first time we get to see how new LHR series are being advertised by board partners. 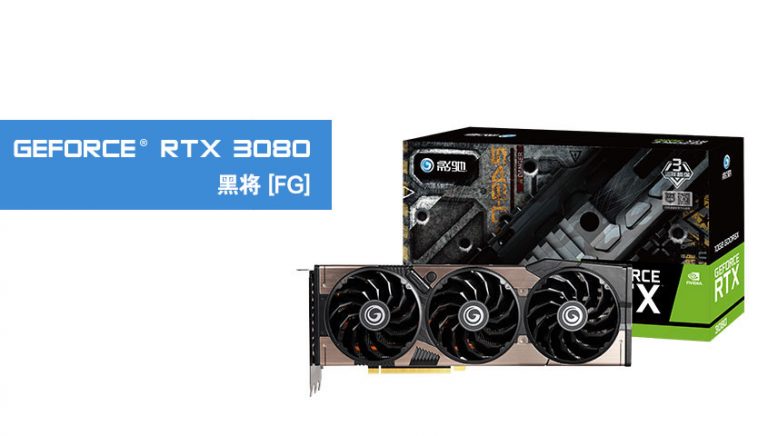 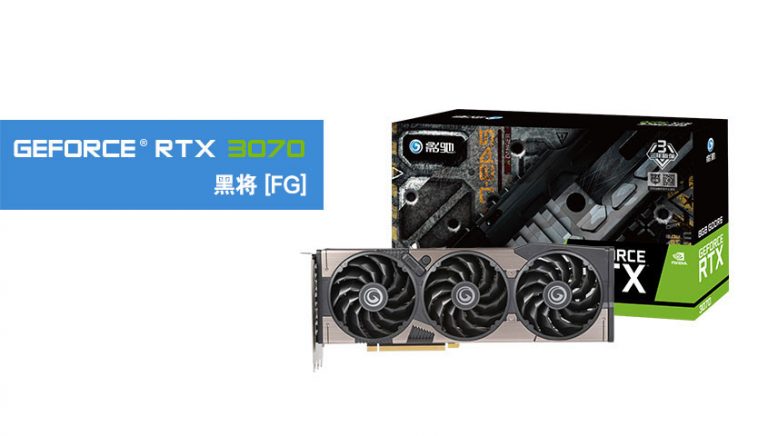 According to GALAX, the LHR stands for ‘Lower Hash Rate’. We have previously heard that it might refer to ‘Lite Hash Rate’, but in the end, it shouldn’t really matter, because it means the same thing. What should matter is that the Ethereum mining hash rate has been confirmed to be lowered on these cards.

GALAX does not necessarily want customers to notice that these cards are not the non-LHR series, the packaging of these custom cards appears to be identical to the models already released. However, the new cards received a slightly different moniker of ‘FG’. Galax does not explain what this means yet.

The specification pages confirm the GPU variants being used by RTX 3070 LHR and RTX 3080 LHR models, as well as the estimated hash rate produced with these cards. 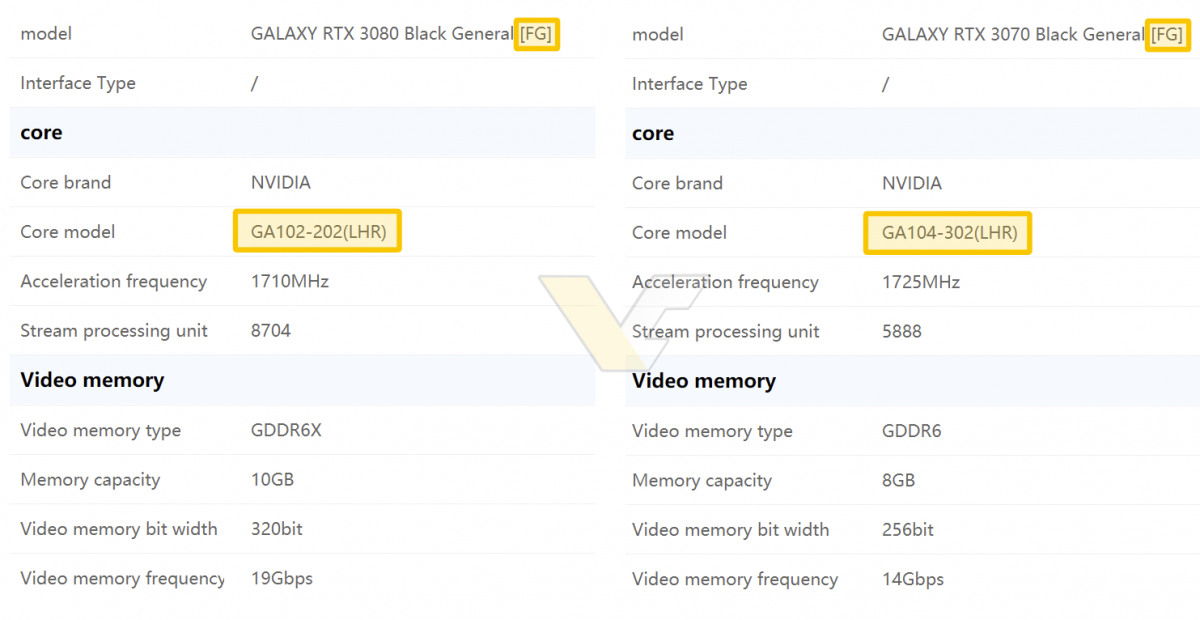 The hash rate to  LHR models appears to be half of the current RTX 30 series offer. Do note that those numbers do not account for typical mining optimizations, which can easily increase those numbers though power limiting or memory overclocking.

At this point, we are not sure if other board partners are to will follow GALAX and at least try to name these cards in a different way. We decided to list those cards separately in our database, this should help you find the models with limited hash rate once they become available.