Three companies: GALAX, DODOWO and BEMOE have collaborated to launch a new special edition of graphics card for the fans of “Vegetables Fairy” characters. 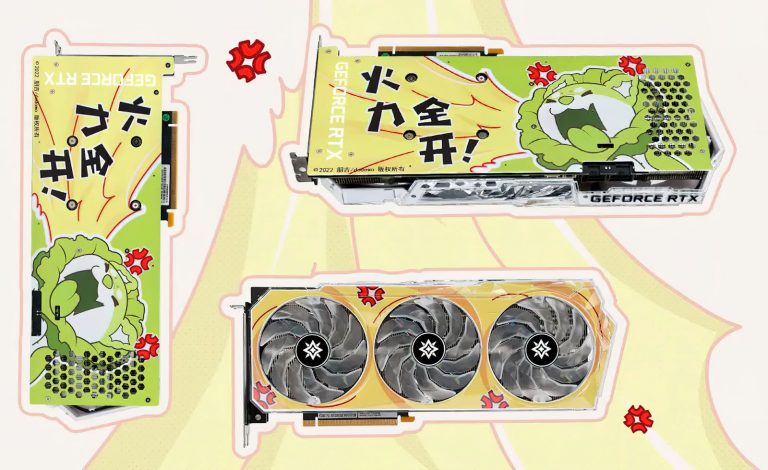 The new card is based on one of the characters from Vegetables Fairy concept by Japanese creator known as “PonkichiM”, who envisioned animals as foods and vegetables. Each animal is based on a different food, each has its own character and skills. GALAX engineers’ heart was won by the Chinese Cabbage Dog who’s main skill is being cute. 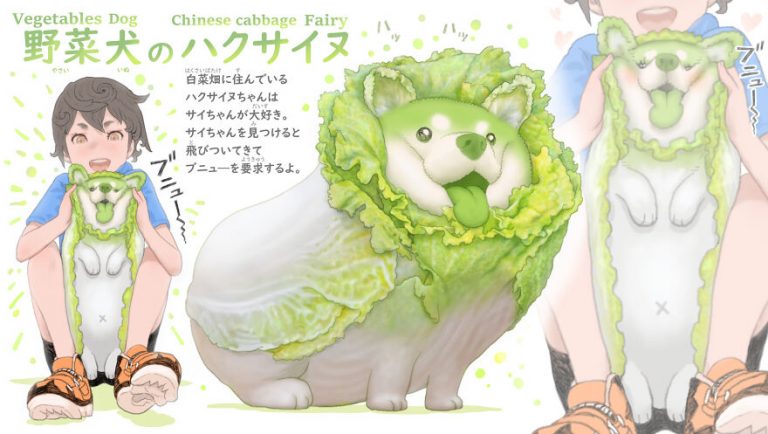 The card is based on RTX 3060 graphics card based on the updated Lite Hash Rate model with GA106-302 GPU. The card design features a unique custom PCB and shroud design.

This model is essentially a sub-varaint of RTX 3060 Boomstar OC graphics card, which is a heavily modified model with boost clock up to 1837 MHz and dual 8-pin power connectors. Furthermore, this card is among the few listed with optional GA104-150 GPU (currently only available on Chinese market). 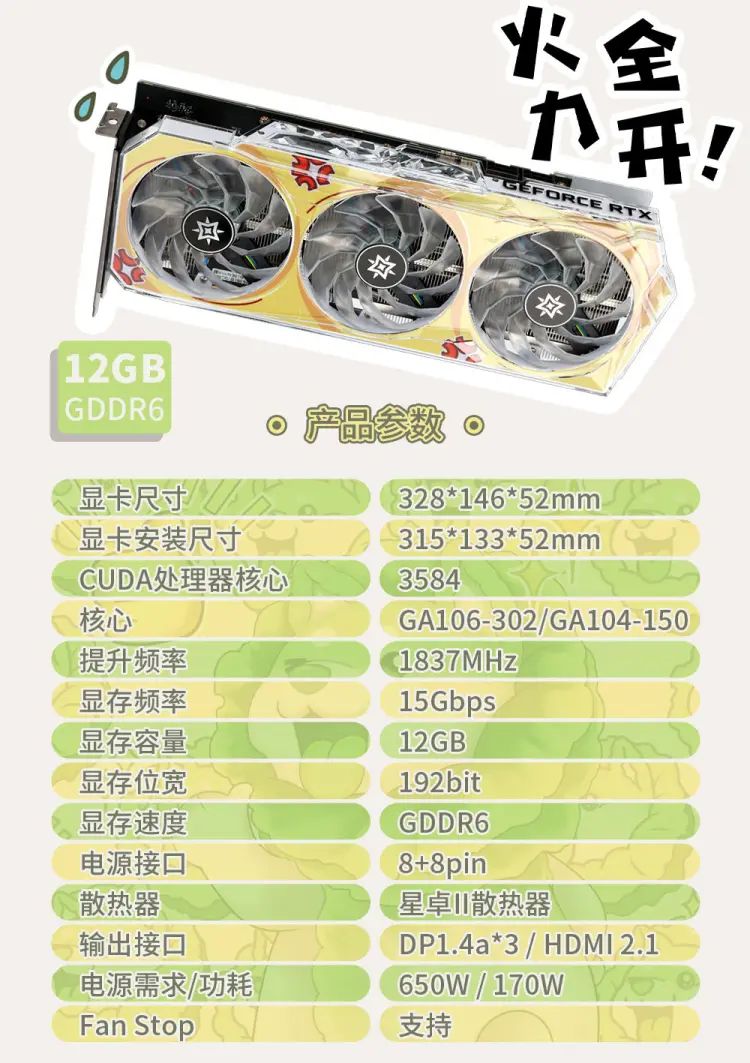 The full box includes a large mouse pad, an acrylic phone holder and a 5 cm large dice of Cabbage Dog’s favorite activities, such as eating a fish. This card will retail at 3099 RMB (461 USD) and it is currently available for preorder through Bilibili Mall. 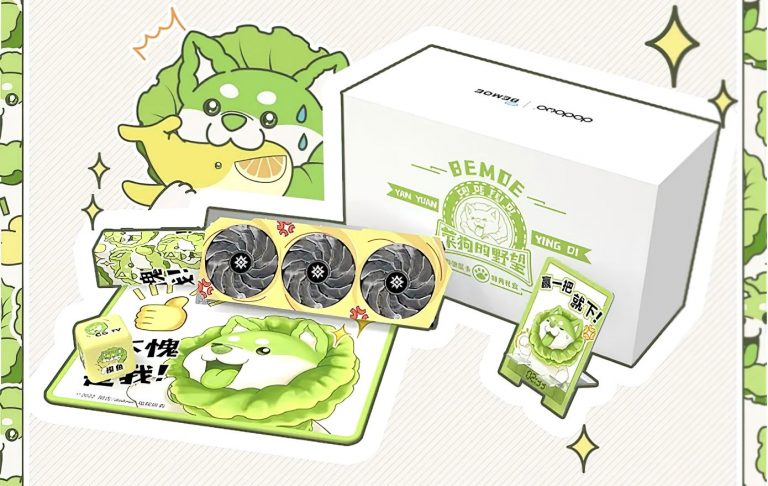