Just a day after posting a teaser of the upcoming flagship series, the manufacturer formally introduces the graphics cards. 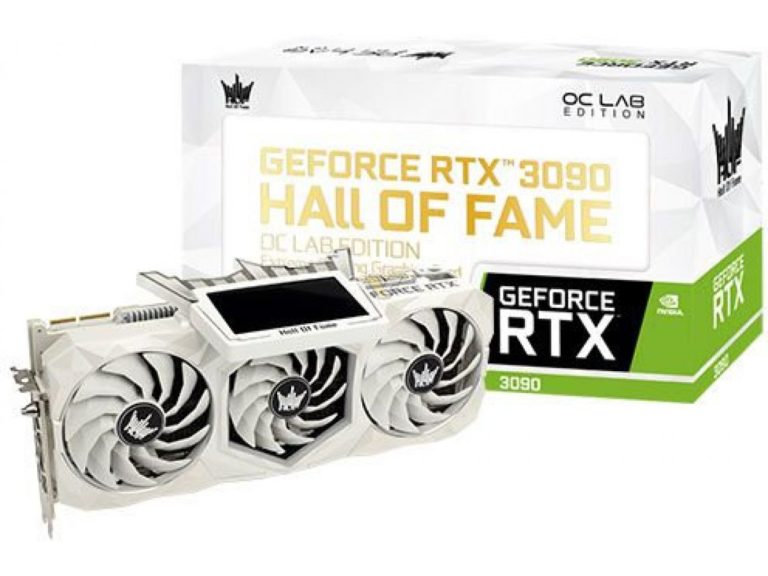 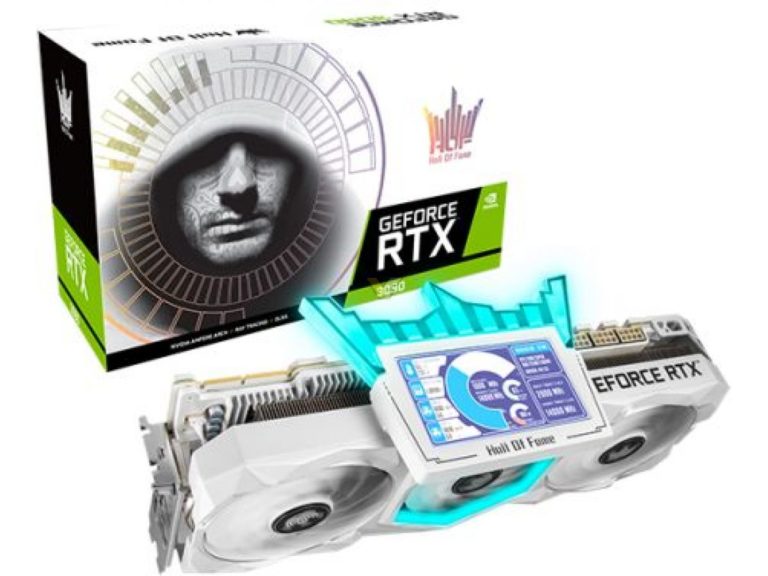 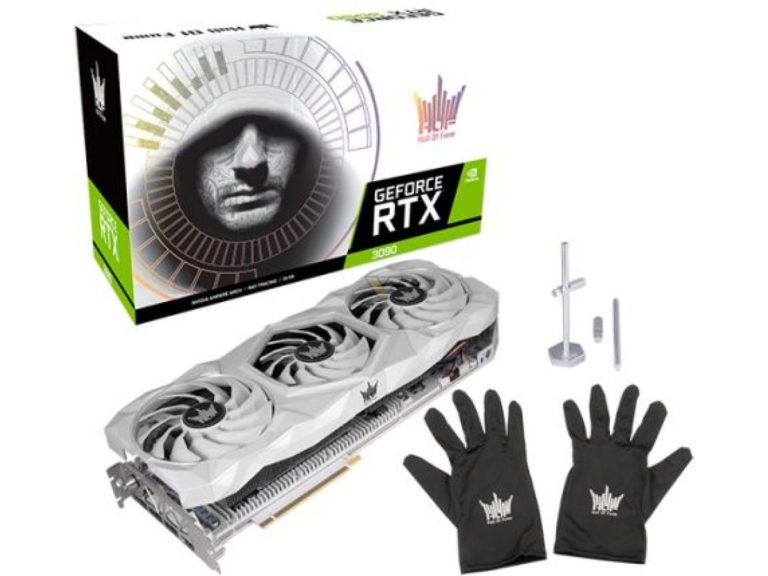 It’s finally here, the ultra-premium graphics card by GALAX. The HOF models feature a triple-fan design (102+92+102mm) with an aluminum shroud illuminated by RGB lighting. Some of the cards launched today are equipped with a HOF Panel III, this 4.3-inch color screen with a resolution of 480×272. It communicates with the system through USB. It has a large, bit tacky crown, which acts as an RGB illuminated ornament. There were many cards with built-in screens, but this is so far the largest display on a graphics card. Galax did think about those who would rather take it down, so it is attached with by magnets and can be removed at any time.

Today Galax launches six graphics cards equipped with the same PCB but varying by the bundle and their clock speeds. The base model has a boost clock of 1815 MHz which is applied through the software, by default, this is 1800 MHz. This model does come with a HOF Support Stick (VGA support) and Galax gloves, it does not however have the HOF Panel III. The HOF Premium edition has the same clock speeds and bundle but it will come with the panel. 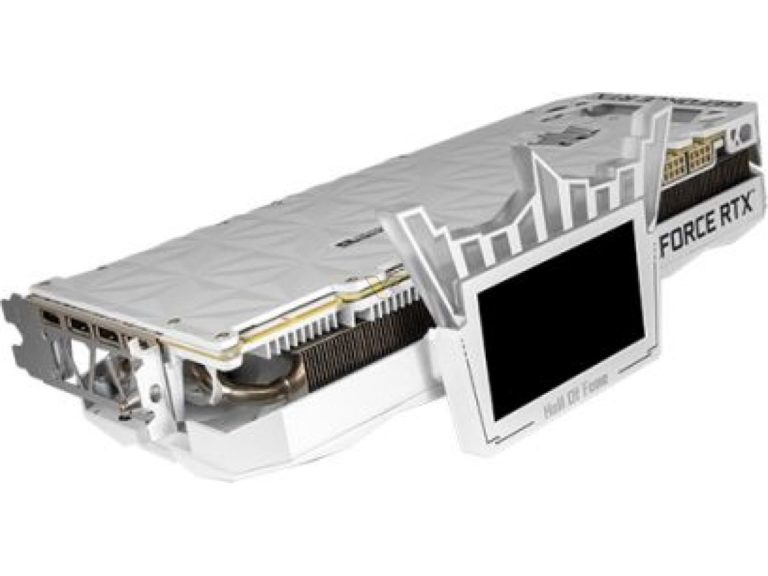 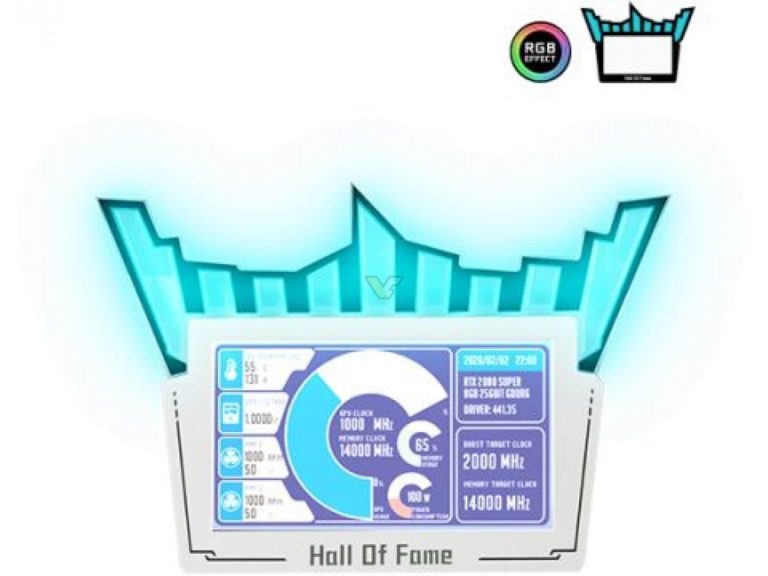 The higher-end models are clocked above 1875 MHz. The Limited Edition is basically the fastest model offered by Galax on their global website, however, there is still the OC Lab Edition which literally takes the performance crown from any RTX 3090 model so far. The OC Lab Edition has a 1905 MHz boost clock in P-mode (the card has a Performance and Silent BIOS switch). Only Galax China lists the TGP of this model, which is 460W by default but can be further adjusted to 500W. Galax recommends a 1000W power supply.

GALAX HOF series is based on a 12-layer premium white PCB, a feature exclusive to the brand. It is equipped with 14+8+4 power stages attached to triple 8-pin power connects, this the most advanced power delivery on the market. 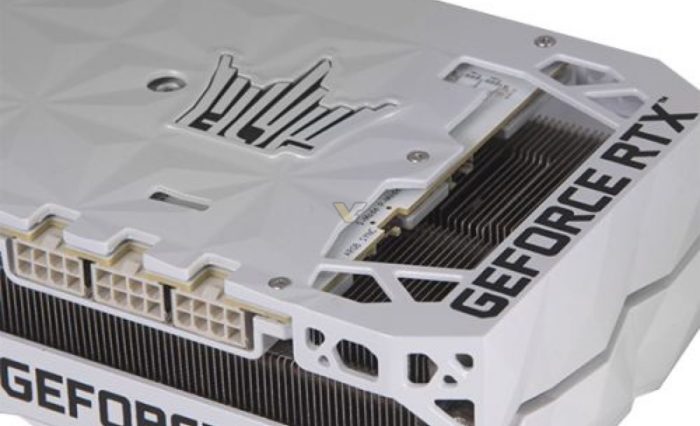 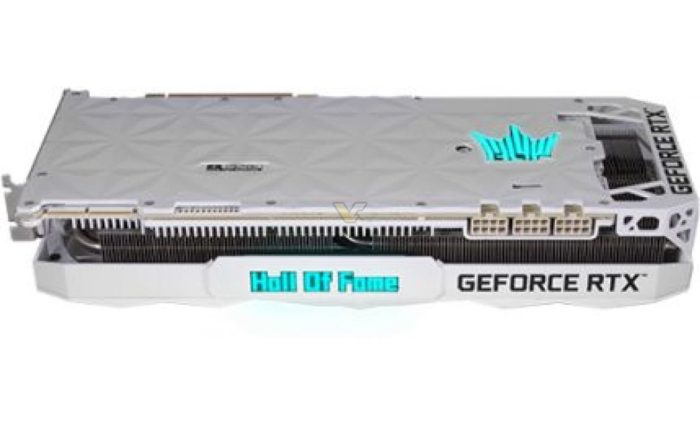 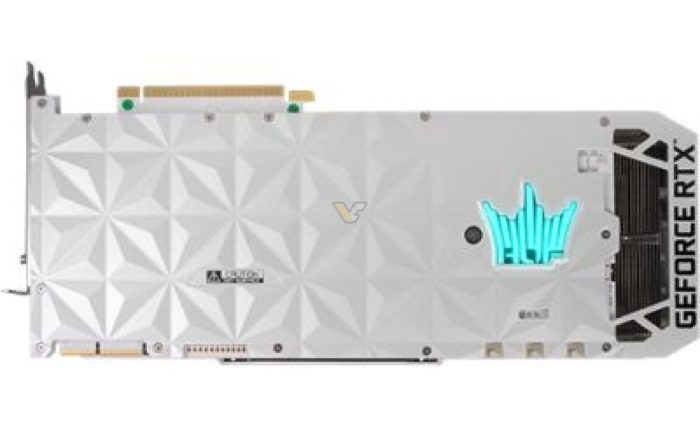 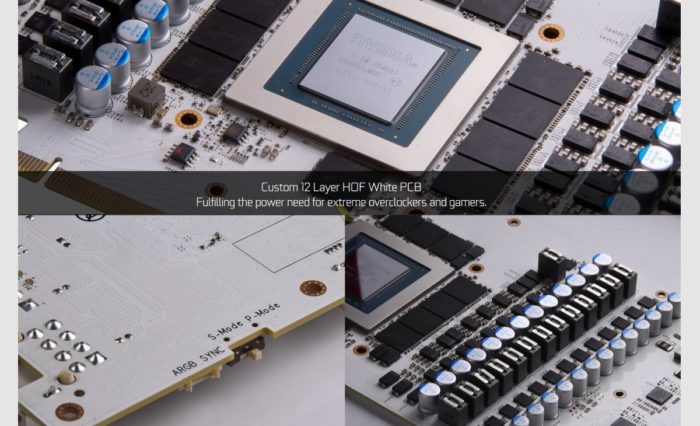 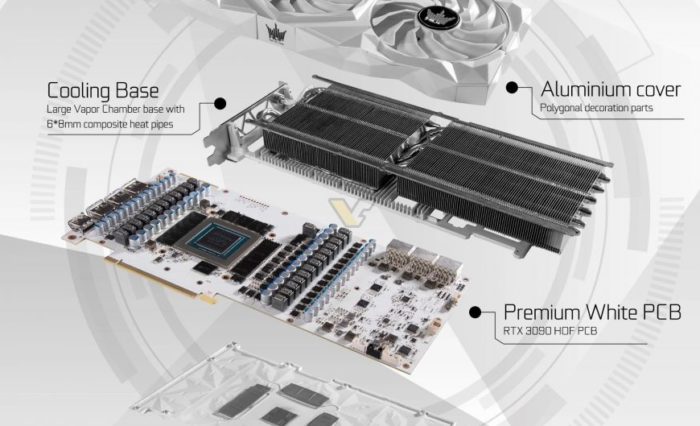 The series is equipped 85×85 mm large Vapor Chamber cooling base, it quickly absorbs the heat generated from the GPU and spreads evenly to the connected composite heat pipes. It also comes with HOF triple WINGS fan with dual 102mm fan on the sides and one 92mm in the middle.

The Panel shows the next generation of HOF information on a 4.3” full color TFT LCD panel, supporting real time animated graphics card information display. Photo / Video playback mode are also available. The HOF panels can easily be connected to the system via USB, it helps minimizing system resources and for better connection. Whether it’s installed on graphics cards, stand alone or sticking on the case side panel, the panel has multiple installation options which satisfy different needs.

Now you don’t need dual monitor and exit game when using HOF AI. The new mobile version allows you to adjust graphics card in a more convenience way. Use your smartphone and you can now easily manage comprehensive overclocking options, fan speed detection and control, RGB lighting and 1-Click OC.

GALAX also offers 1-Click Sync Pro for its specific GeForce RTX™ 30 Series products. Customize your RGB color with HOF AI, or synchronize with the rest of your system, by connecting the graphics card to +12V RGB header of your motherboard or other RGB control system, using the included cable. 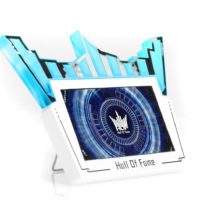 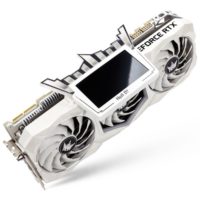 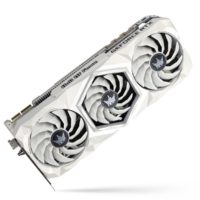 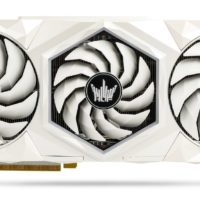 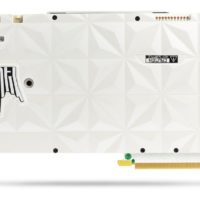 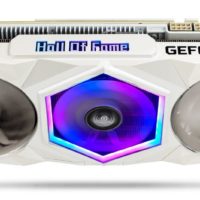 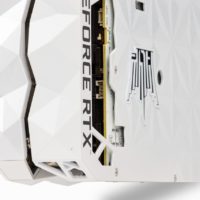 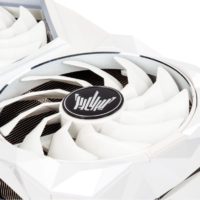 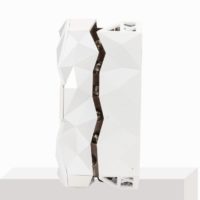 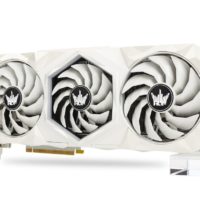 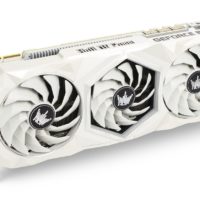 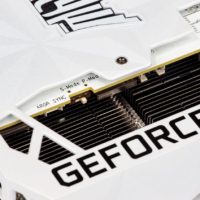 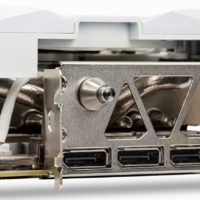 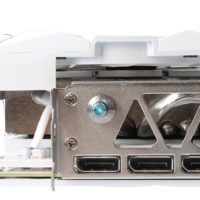 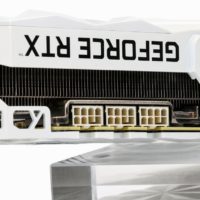 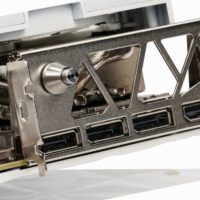