Some new world records were just broken by OGS.

Extreme overclocker shatters the HWBOT ranking by introducing two world records with RTX 4090 HOF, the upcoming flagship Ada GPU from GALAX. This is the same card we mentioned yesterday, the first custom model based on this architecture, equipped with dual 16-pin power connectors.

GALAX has already sent out the card to known overclockers, who spared no time in adding liquid nitrogen pots and just do what they do best, which is overclocking at sub zero temperatures. 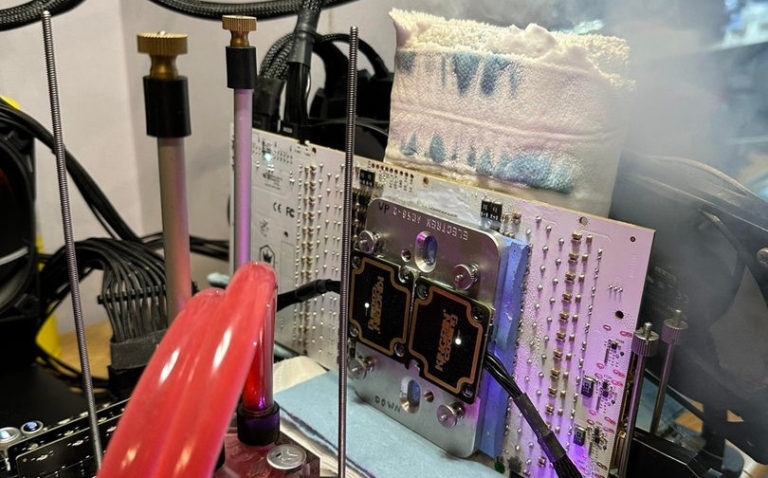 The overclocker managed to increase the frequency to 3705 MHz during GPUPI benchmark, which is part of the official HWBOT competition. This is not as sophisticated benchmark as other graphics tests, so the frequency is a bit higher here. The memory clock was untouched, but the GPU boost clock has been increased from 2520 MHz to 3345 MHz (+825 MHz). While actual boost is 1185 MHz over ‘default’ NVIDIA frequency. 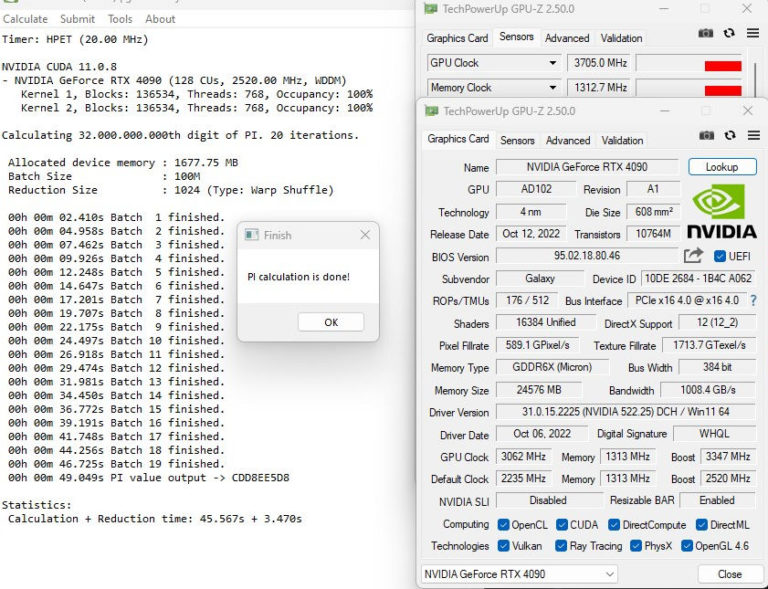 OGS was also able to break the current 3DMark Port Royal record, one of the most popular benchmarks among extreme overclockers. The same card had 130 MHz lower frequency here at 3570 MHz while scoring 31096 points. This score has outperformed the previous world record by more than 1000 points. 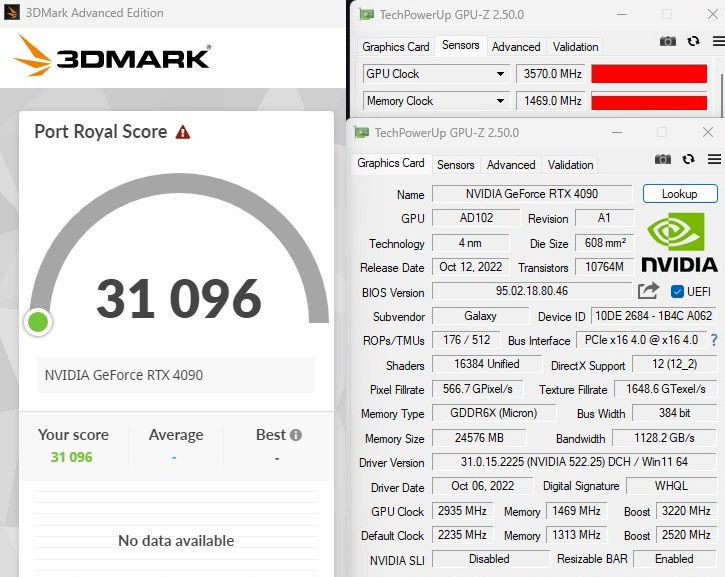 GALAX RTX 4090 HOF is currently the most powerful custom model on the market. With no competition from EVGA Kingpin models, or any other brand for that matter, this might be the card of choice for many GPU overclockers. The company has provided the card to at least a few of them, so this is definitely not the end in our reporting on RTX 4090 world records.