Moore’s Law is Dead has an update on the RTX 3090 Ti situation, a card that was supposed to launch in late January.

Most gamers probably shouldn’t care about the RTX 3090 Ti, the upcoming flagship Ampere card from NVIDIA. Everything suggests this model will be extremely expensive with the first retailer leaks showing 3,600+ USD price, but also going as high as 4,500 USD in Europe.

MLID has a new price leak from Vietnamese store Minh An Computer who put a preorder page with a price of 86,990,000 VND, which is around 3,840 USD.  Unfortunately, we were unable to find this picture on the retailer’s website and social media, so it must have been taken down. 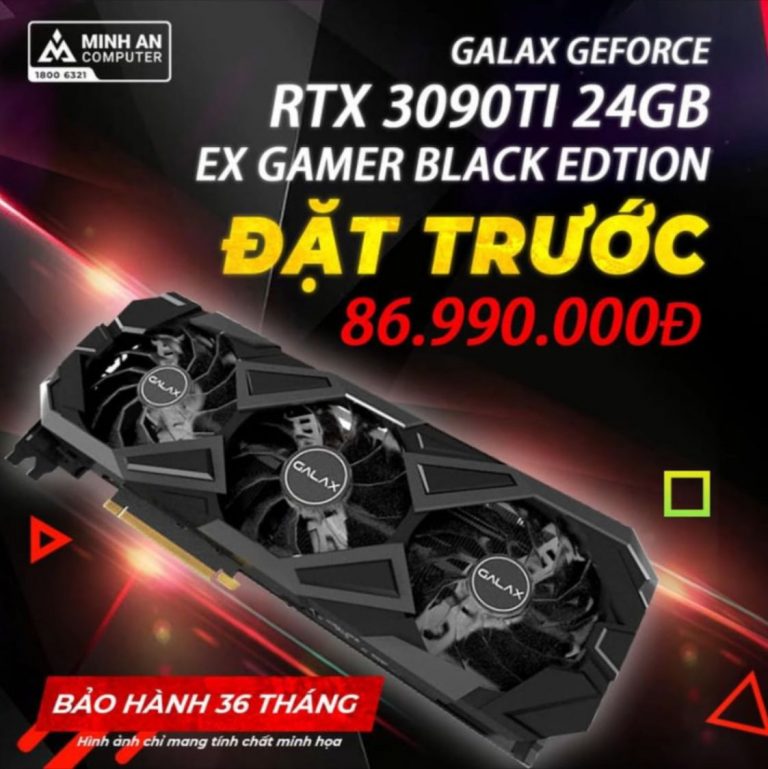 While we are doing our best to confirm what exactly is the reason for the card’s delay, MLID reached out to some of his sources who appear to be sure this model is not meant for mass production. It is referred to as a record-breaking show-card, but definitely not a model that every consumer should have a chance to buy. 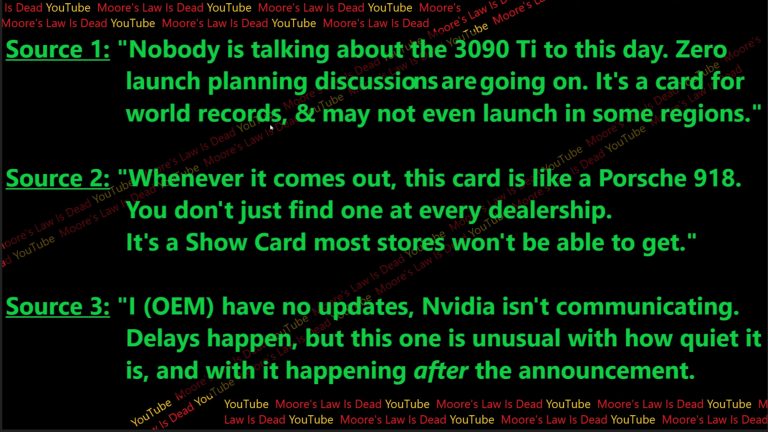 According to our sources, NVIDIA encountered problems with RTX 3090 Ti memory configuration. Let us remind you that RTX 3090 Ti will be the first card to feature GDDR6X memory clocked at 21 Gbps. NVIDIA is also changing 8Gb modules to 16Gb, which might lower the requirements on the active backplate cooling. However, our sources claim that in very specific circumstances the memory is showing errors, which was discovered relatively late during internal testing.

NVIDIA has quickly reached out to all board partners who already had 3090 Ti cards in the making for a while (so it’s not entirely true that they didn’t know about it till January) and as far as we know this production is still halted. The RTX 3090 Ti production is not expected to restart until after the Lunar New Year celebrations, which only just began in China.