The first review of the new Hall of Fame graphics card reveals it can be flashed to 1000W. 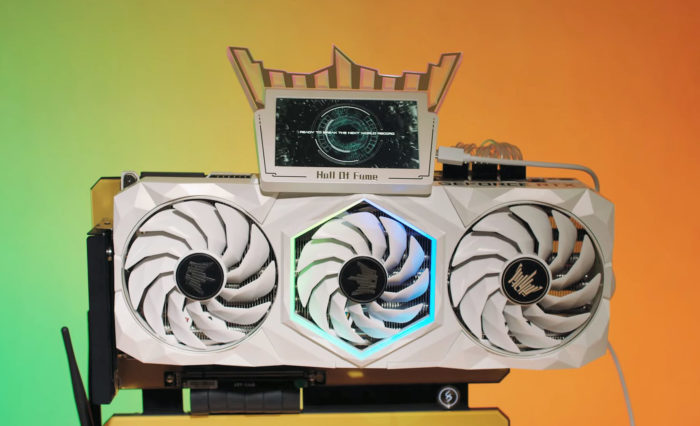 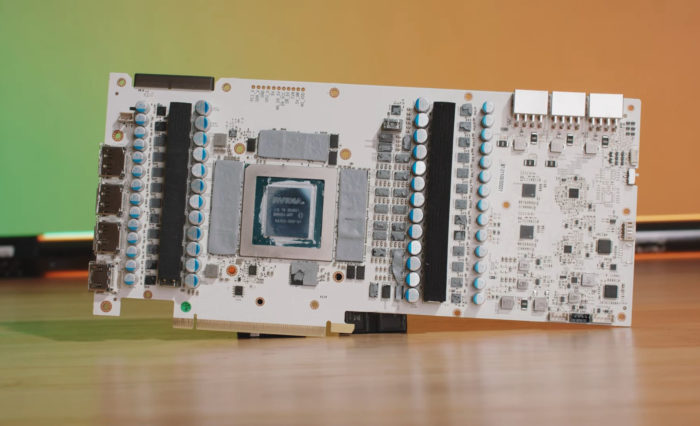 On a Chinese YouTube channel 二斤自制, you will find a first comprehensive review of just announced GALAX RTX 3090 HOF, the ultra-premium graphics card designed for extreme overclocking. There are many variants of this card different clocks or bundles. The top model ships with a VGA support bracket, full-color detachable 4.3 inch LCD panel, and higher clock speeds. The model tested was the Limited Edition released on the Chinese market. 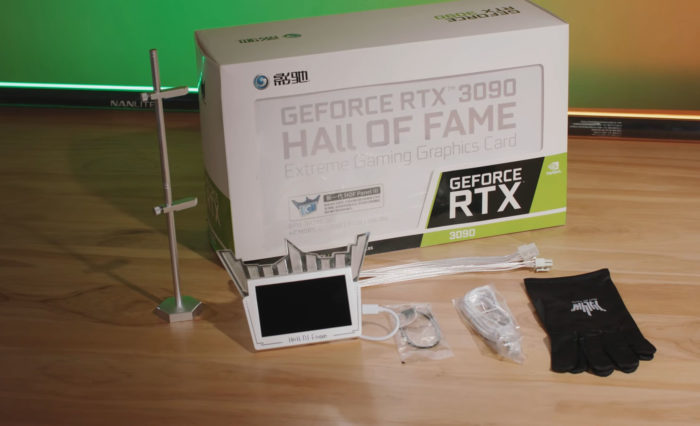 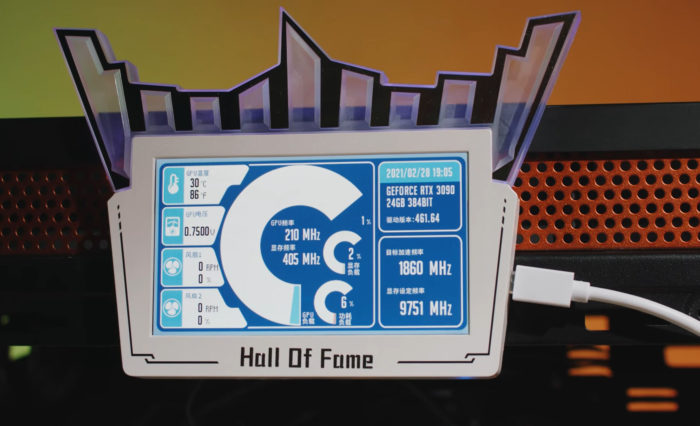 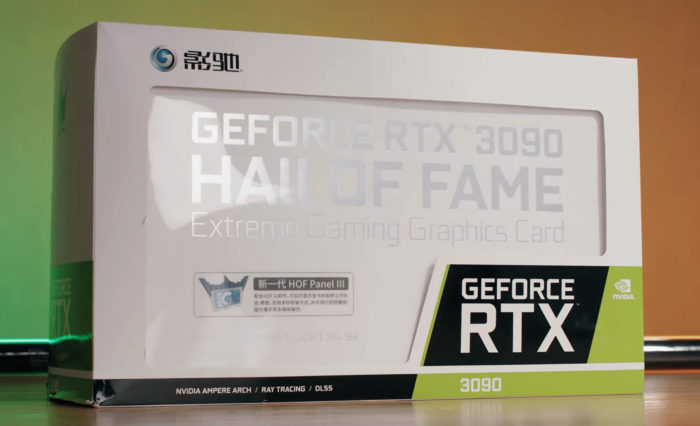 The test focused on improvements coming from flashing a custom BIOS. In fact, this might be the best possible test of this graphics card, which as mentioned above, is designed for extreme overclocking. We have already reported that this model will cost nearly double the RTX 3090 MSRP, which is an insane price for a graphics card. If this model is indeed so expensive, then it should bring a significant improvement over reference design, or at least, provide headroom for world-record-breaking overclocking, which is essentially why these graphics cards should exist in the first place. 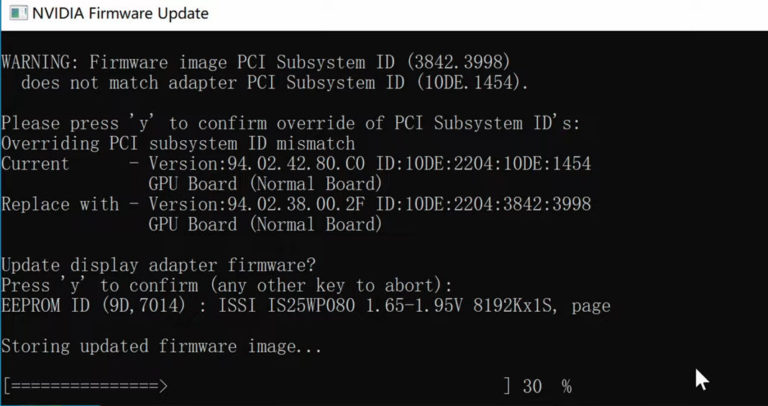 The update process reveals the details on the BIOS. Judging from the subsystem ID, the BIOS appears to be supplied by EVGA. It is likely the custom XOC 1000W BIOS for Kingpin RTX 3090 which can be found here.

After the BIOS change, the graphics card clocks at 2000 MHz and consumes 630W of power. The temperature has increased to 96C, which is a very high temperature, but considering it was still handled by the supplied cooling solution, it is actually quite impressive. 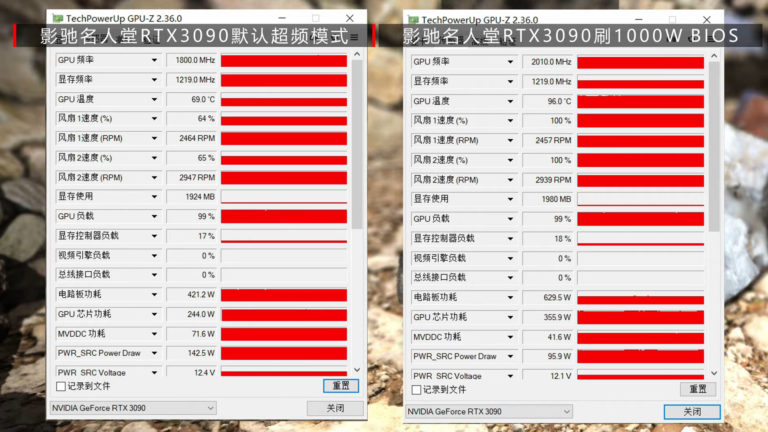 Surprisingly, despite increasing the maximum power consumption, the performance increase is minimal, only 2 to 3%. This is due to limited frequency adjustment on the graphics card. Check the video below for more details (remember to use auto-translated captions should you need them). 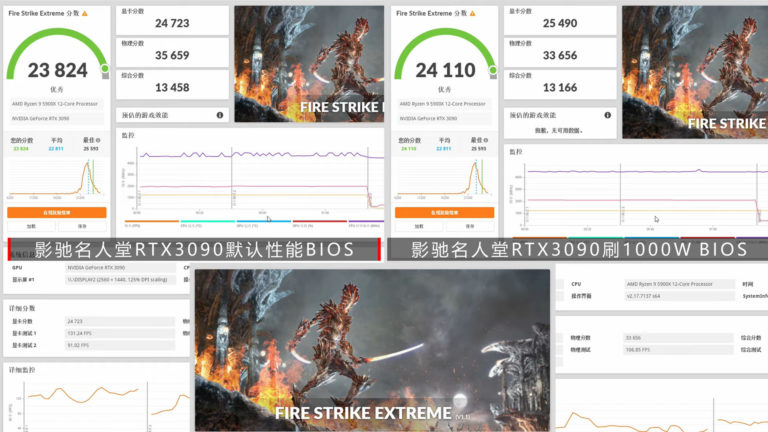 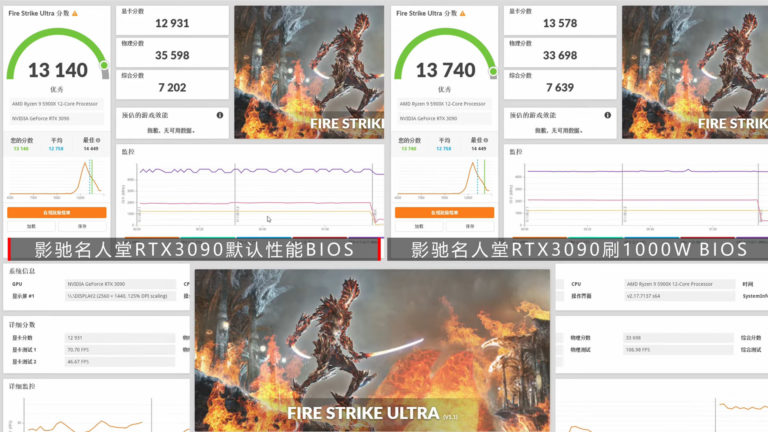