GALAX has sent out its RTX 3090 HOF to known extreme overclockers who already broke 16 world records with the cards. 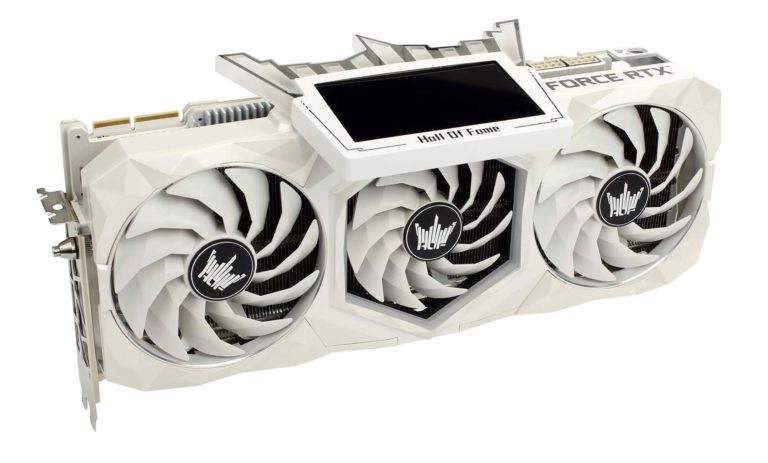 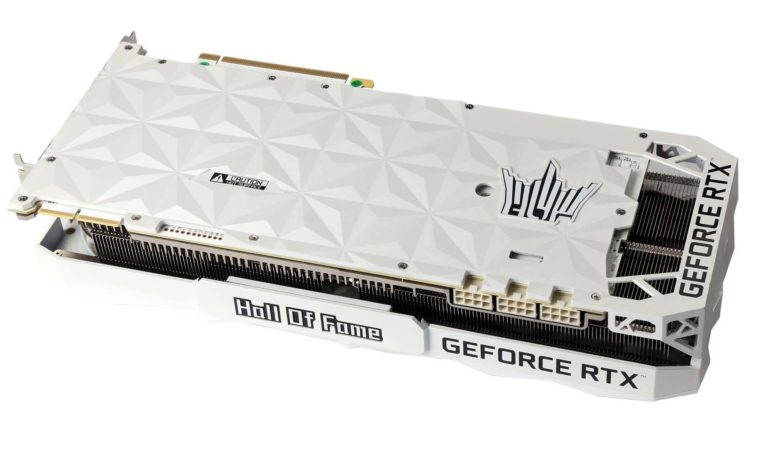 OGS from HwBox Hellas OC Team and Rauf from Alza OC have both been able to overclock their RTX 3090 HOF samples to 3.0 GHz. Such a clock was achievable with GPUPI software for graphics cards. Other benchmarks relying on more complex computations will cause the GPU clock to decrease to a 2.8 GHz level. Although both overclockers have been able to break multiple world records with RTX 3090 HOF, the fact that they were already able to reach 3.0 GHz quite impressive. In comparison, the RTX 2080 Ti has reached the 3 GHz barrier only after two years.

Both world records were broken with GPUPI software, OGS managed to overclock its RTX 3090 HOF to 2805 MHz boost with actual true clock speed at 3015 MHz, according to GPU-Z sensor tab. This was achieved with GPUPI 3.2 1B. Meanwhile, Rauf was able to overclock his sample to 2795 MHz which is a 3000 MHz true clock. This was achieved with the 3.3 version in the same 1B test. 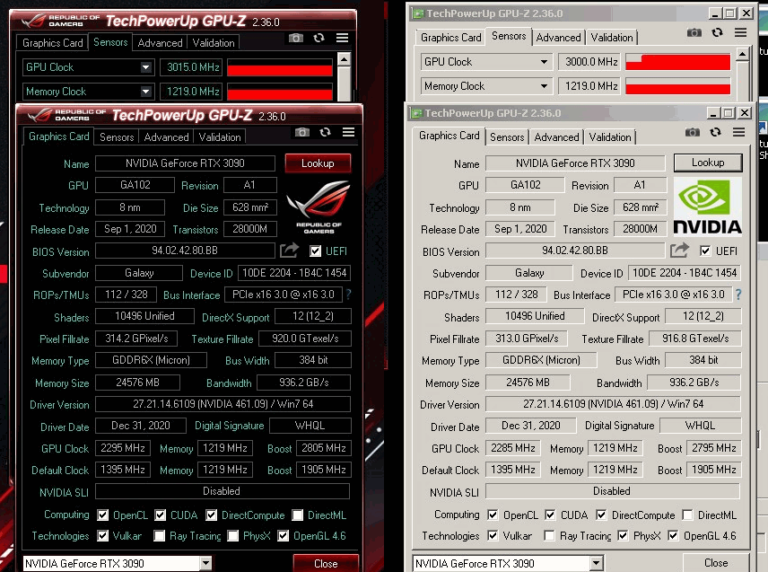 OGS and Rauf have provided the following comments to their world records:

First 3+ GHz 3090 done by Galax. The way its meant to be overclocked. :) HOF is back. Thanks to Galax, ASUS, Crucial and Thermal Grizzly for the support.

Rauf further clarified that his sample was unbinned. Obviously, the HOF 3090 cards already binned before production, so he meant his own binning. 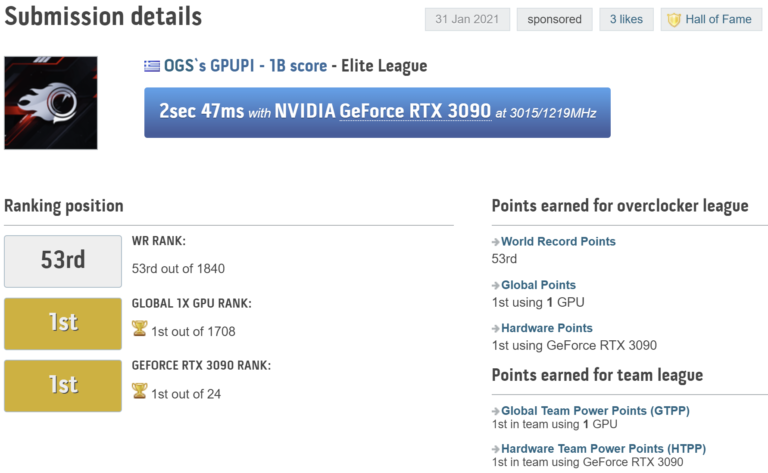 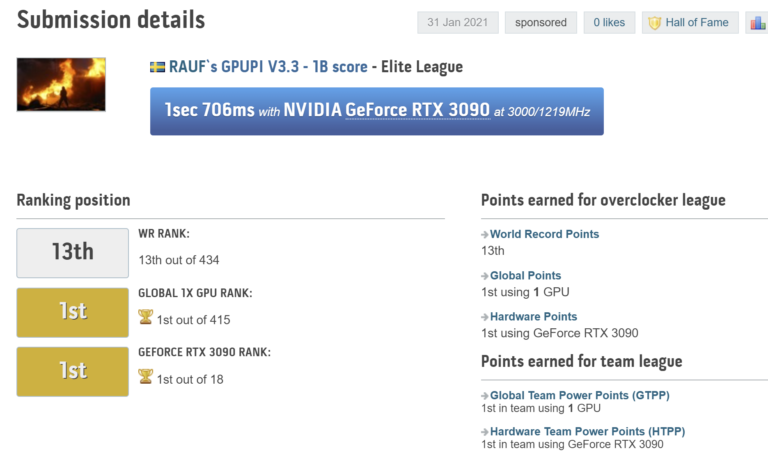 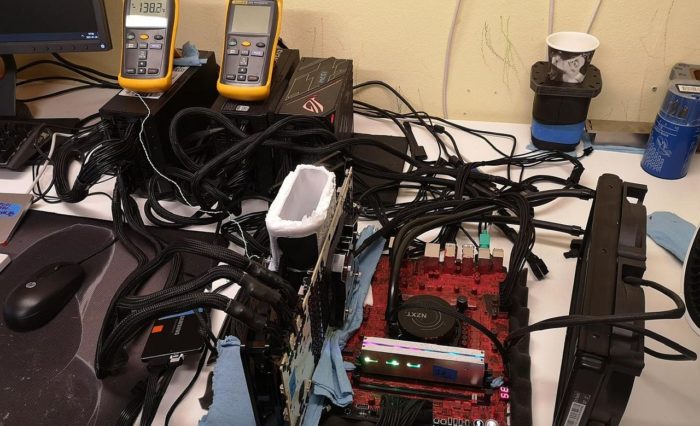 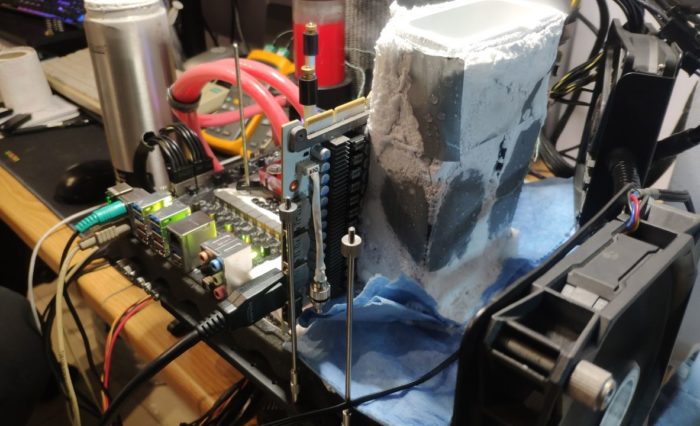 Galax announced that the RTX 3090 HOF cards that were sent out to overclockers were able to break 16 world records in total. 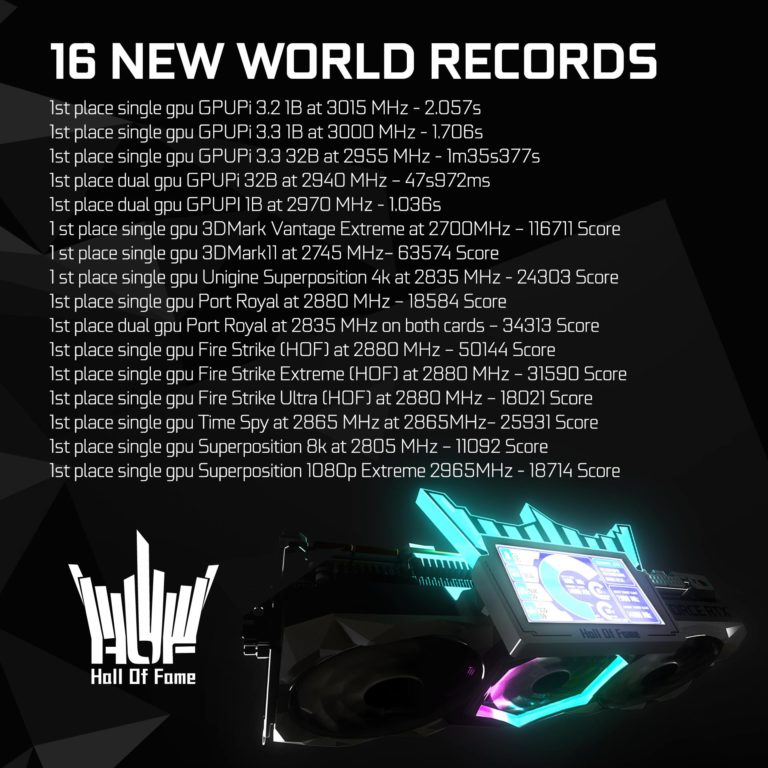 GALAX has released as many as six variants (depending on the region) of the RTX 3090 HOF. Although each model has the same board design and cooler, some cards are higher clocked, while others are equipped with a special 4.3-inch display.