GALAX is preparing a hybrid Hall of Fame design of GeForce RTX 2080 Ti graphics card. This card features a triple-fan cooler with a water block. This reminds us of Colorful KUDAN or ASUS ROG Matrix (which has a built-in liquid loop cooling solution).

The new card continues with black and white design, which is a signature of the GALAX HOF series. Over-engineering does not exist in GALAX’s dictionary and this card should be no exception. A high-quality VRM with an LCD installed on the back is nothing extraordinary here.

Those who wish to buy RTX 2080 Ti HOF 10th Anniversary may need to wait a little bit longer because the specs have not yet been finalized. Patience is not the only thing that will be required though. The HOF series is quite possibly one of the most expensive ones on the market. 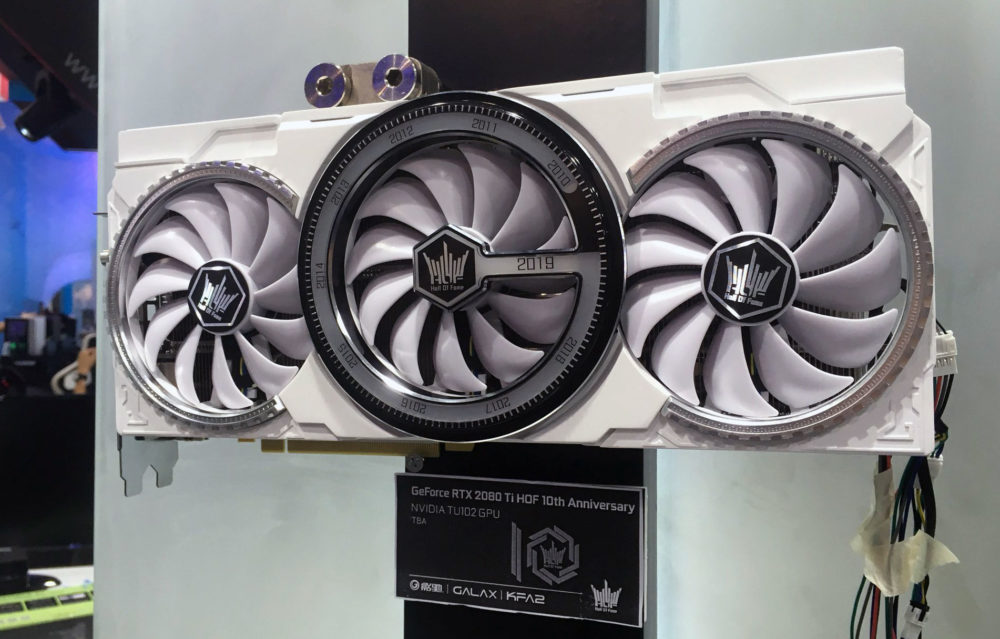