The company confirmed the full specs of the new RTX 40 series.

As we mentioned yesterday, NVIDIA tends to omit some specifications when revealing new cards. This is how we ended up learning the exact die size of AD102 through a PNY website. Although the specs of RTX 40 series were definitely not a surprise, it is still good to see the confirmation on unreleased graphics card specs. 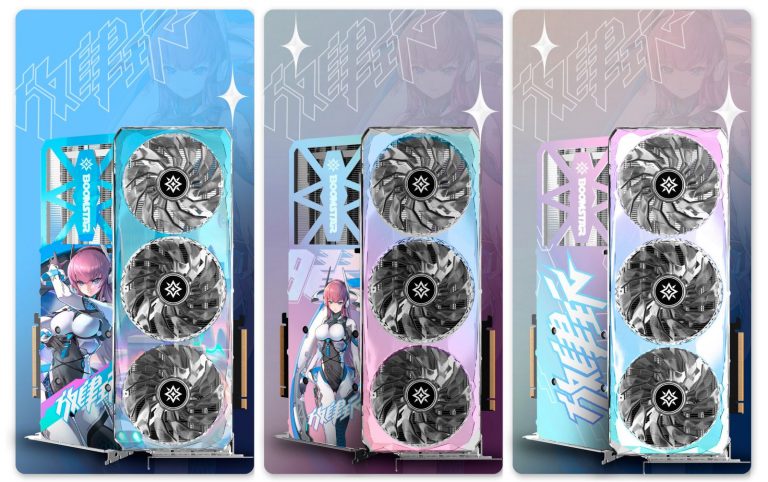 In this case, GALAX confirms the exact GPU variants used by all three new models:

This means that NVIDIA is indeed launching three different GPUs within a few weeks time, but also a bit surprising that the smallest Ada GPU yet (AD104) is not part of the 4070 series. Instead, the company launched two RTX 4080 models with vastly different specifications, which is kind of confusing to say the least. 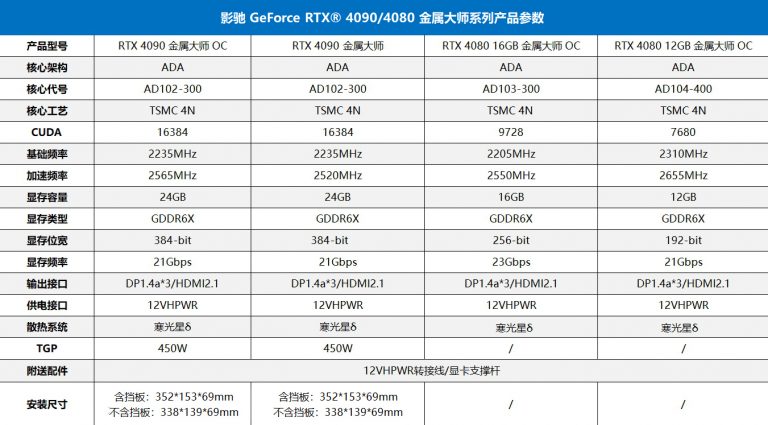 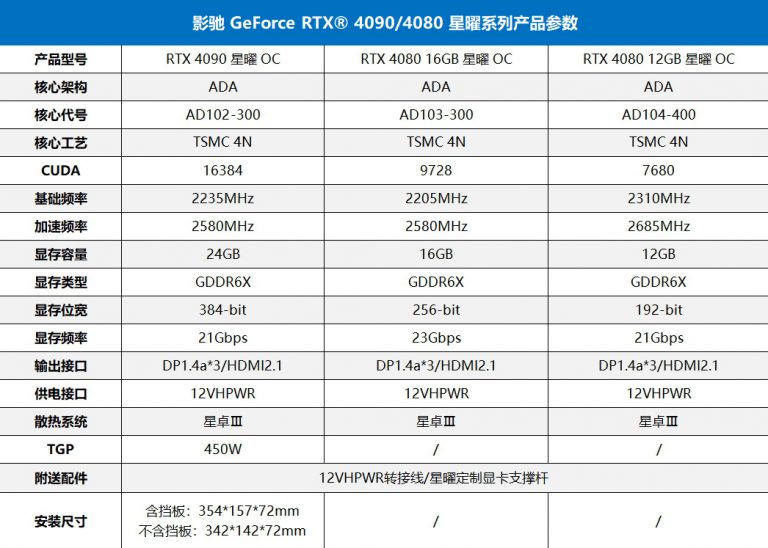 GALAX RTX 40 graphics cards will all feature 12VHPWR power connector and identical display connector layout (3xDP, 1x HDMI). It appears that the highest clocked RTX 4080 thus far is from GALAX, reportedly at 2685 MHz. Other companies are less reluctant to confirm the clocks yet.