GALAX just couldn’t wait for the NVIDIA announcement and the company has become the first to officially unveil their custom models.

The RTX 4070 Ti launch is not planned for another 2 days, but NVIDIA will today officially announce their new cards later today.

GALAX is to announce two product series for RTX 4070 TI SKU: SG and EXG. Two SG (Serious Gaming) cards are planned, either in black or white. Furthermore, GALAX is to launch three custom variants of the EXG series, including the first pink RTX 40 GPU on the market. The series will also be available with black and white color schemes.

The RTX 4070 Ti features full AD104 GPU with 7680 CUDA cores and 12GB of GDDR6X memory. Judging from the pictures posted by GALAX, these cards look very much the same as the early RTX 4080 12GB renders. As we know, NVIDIA cancelled and later renamed their new RTX 40 GPU to RTX 4070 Ti, which is what we are seeing today.

The RTX 4070 Ti GPUs are to become available starting from January 5th, with the MSRP at $799. It is unclear if any of the GALAX cards are targeting this price point. 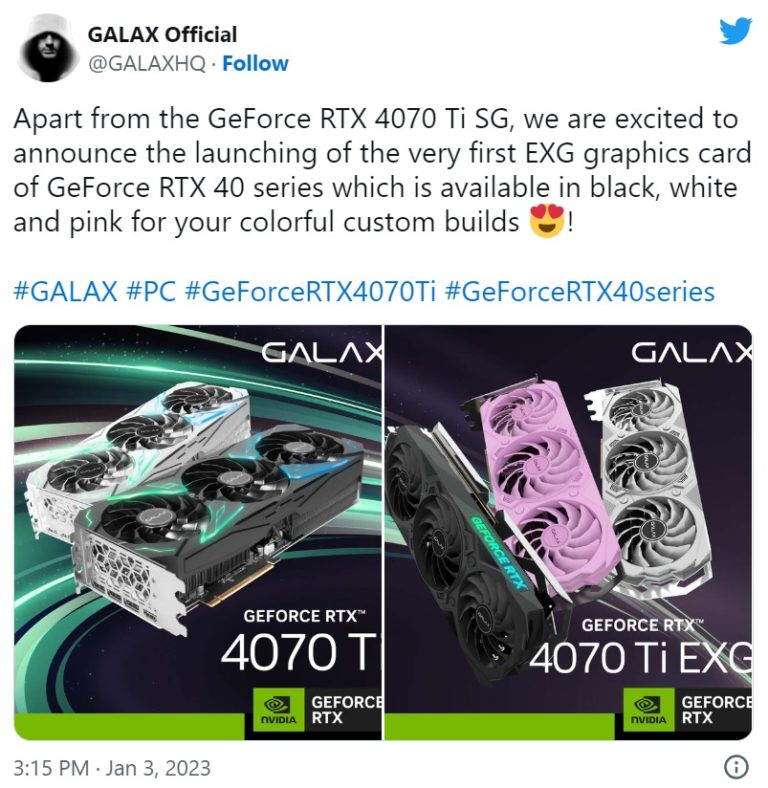