The card which is supposedly running on on “Coffee Lake Client Platform” is most likely under testing at Intel’s or an undisclosed board partner’s labs. According to the data collected by Geekbench software, the system was equipped with a Core i9-9600K processor with 6 cores and 6 threads.

The Xe Graphics with 512 Compute Units refers to the Arc Alchemist graphics card equipped with DG2-512 GPU. This is the flagship model from the upcoming series, most likely a desktop GPU at this point, which is now officially launching in the second quarter this year. 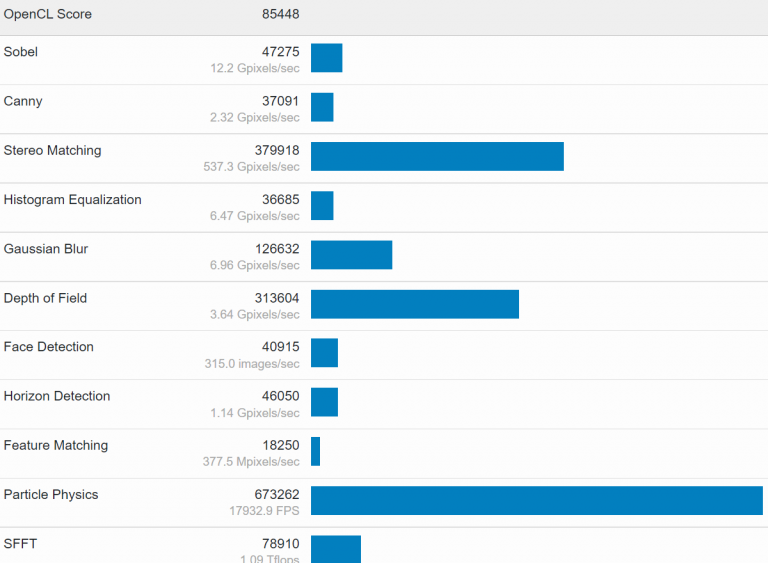 With a score of 85448 points, this engineering sample enters the performance segment of GeForce RTX 20 Turing GPUs, such as RTX 2070/2060. It is nowhere near the rumored RTX 3070Ti/3070 series yet. Bear in mind though, OpenCL is not a gaming benchmark, and probably not a focus for the Intel team for Arc Alchemist GPUs right now.

The overall score may not be at RTX 3070 level yet, however individual results are quite close as shown in the chart made by @326powah.