A Polish news site ITHardware published its AMD Ryzen 5 5600X review ahead of the official embargo.

ITHardware are known for quality reviews, which often appear sooner than official embargoes lift. The site clearly has not signed the NDA with AMD, hence there was no reason to delay the publishing of their review. Disclaimer: The reviewer has not published a single photo of the processor being tested, so we cannot confirm that they had the CPU in the first place.

The test starts with overclocking, where it is said that a stable clock of 4.8 GHz was not an issue with a voltage of 1.275V. Further overclocking wasn’t possible and it failed to cross the 4.9 GHz frequency even with a 1.4V applied.

The reviewer tested the processor in Cinebench R20 where the processor scored 600 points in single-core test and 4521 points in multi-core. That’s 17% and 21% better performance compared to last-gen Matisse Ryzen 3 3600X processor. 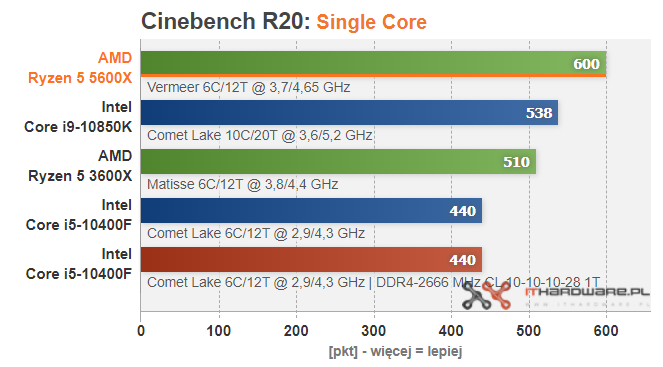 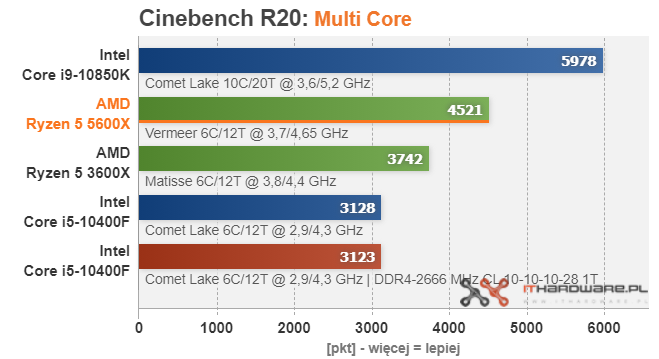 Next up, are the web browser benchmarks where AMD Ryzen 5600X has a clear lead in Mozilla Firefox Octane and Kraken benchmark, but the Intel’s Core i9-10850K was still performing better in Dolphin Lua Benchmark: 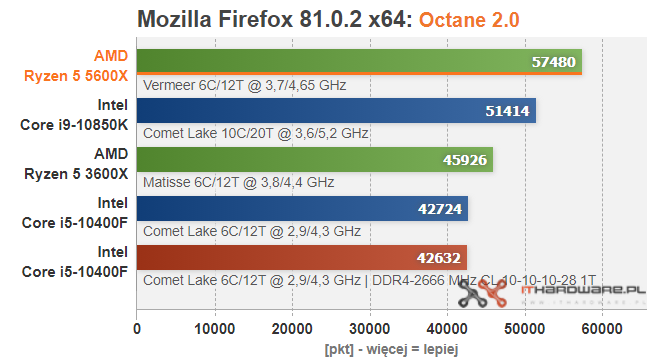 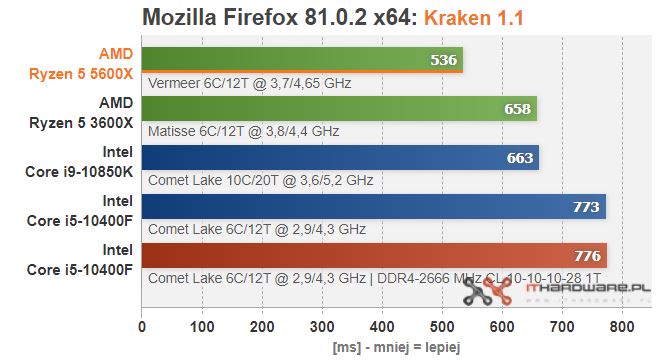 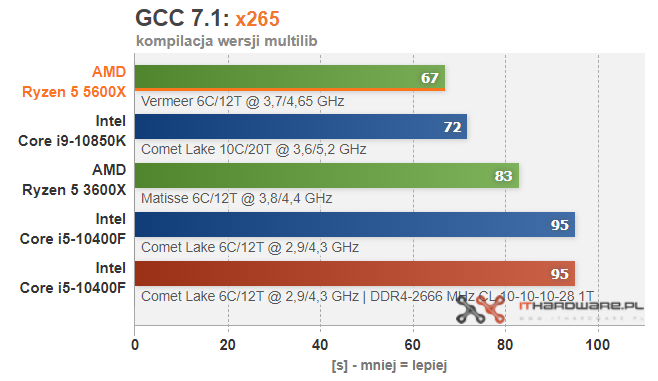 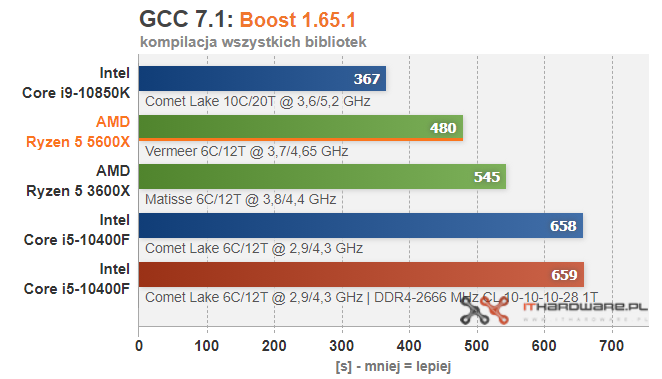 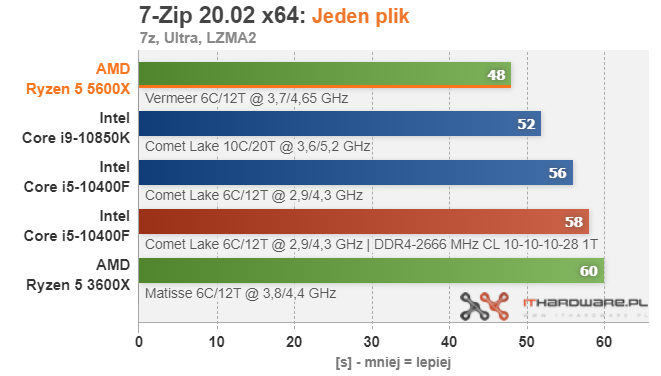 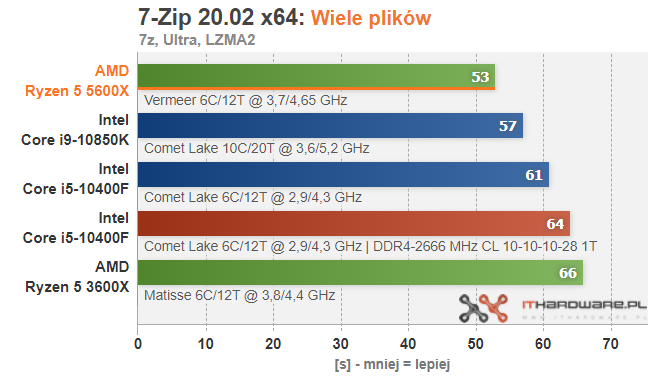 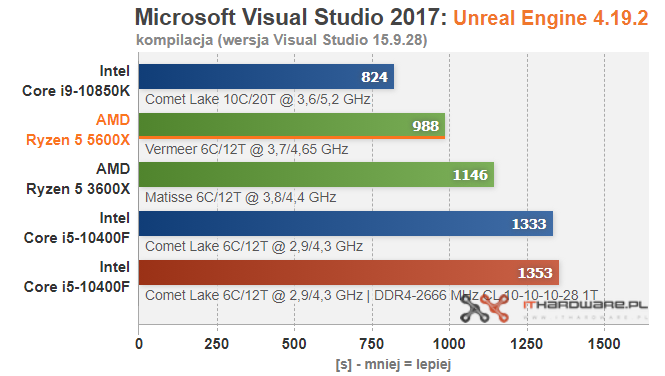 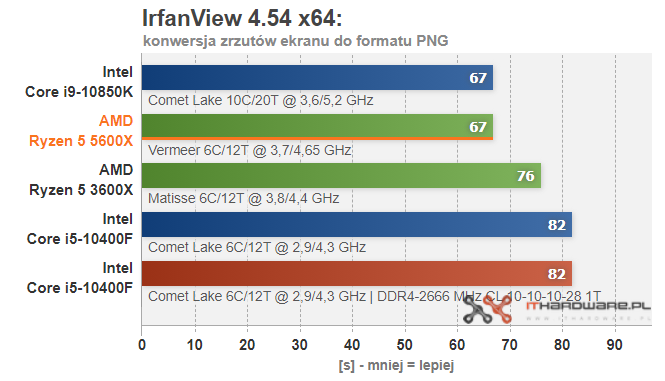 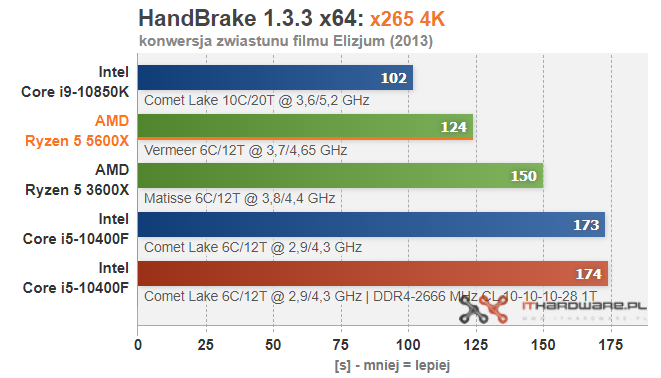 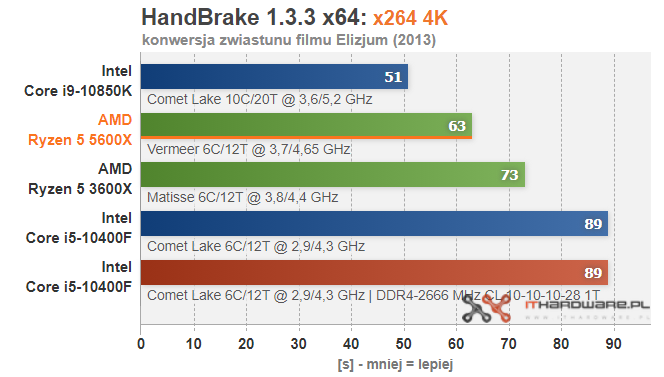 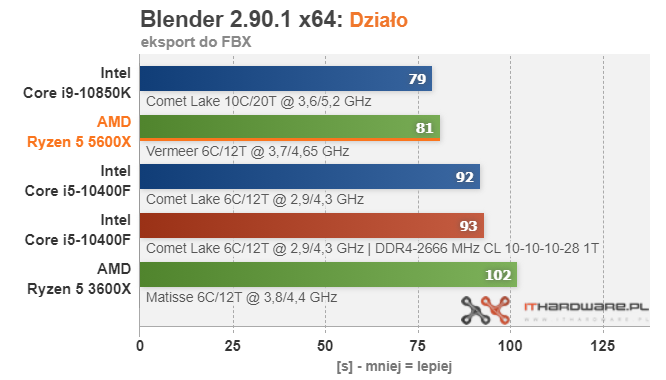 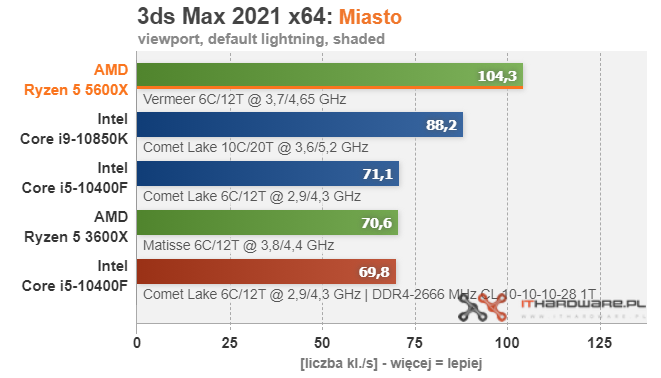 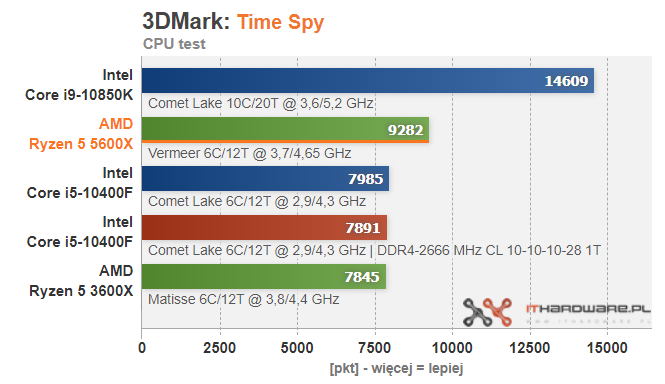 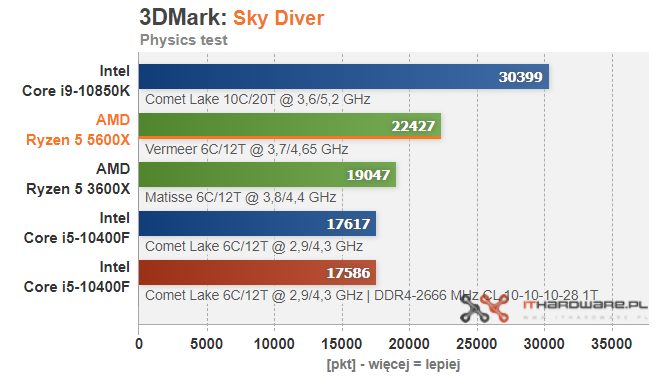 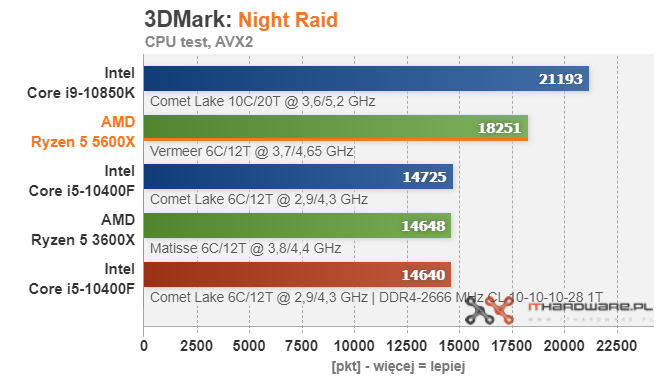 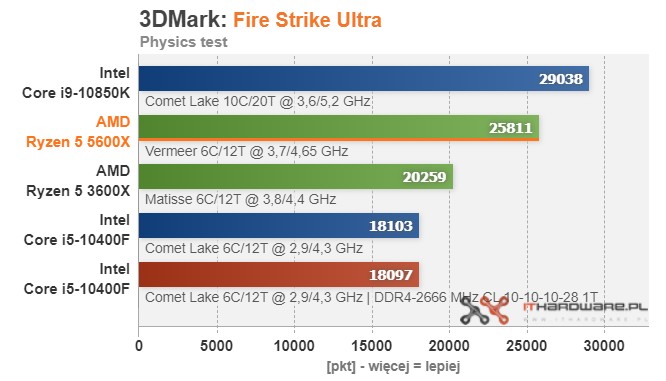 ITHardware tested a lot of games, which were later used to create a combined chart with the following result: 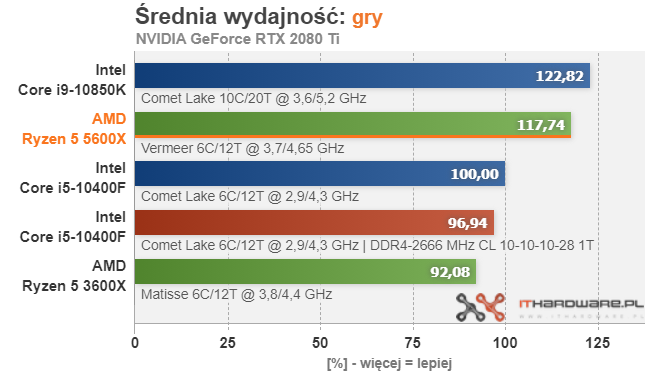 According to this data, AMD Ryzen 5 5600X is on average slower than Intel Core i9-10850K processors (a 10-core CPU). We have only included some charts from this review, make sure to check the full article for more data. 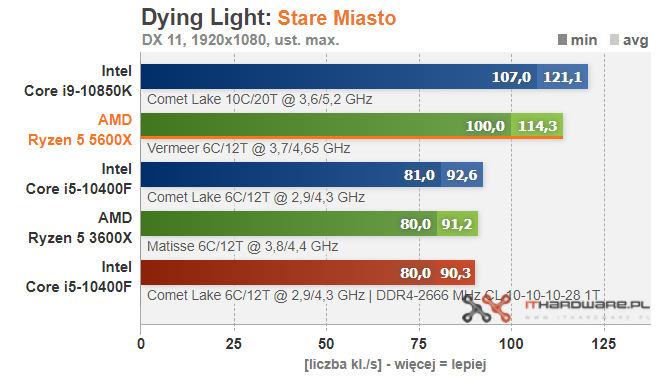 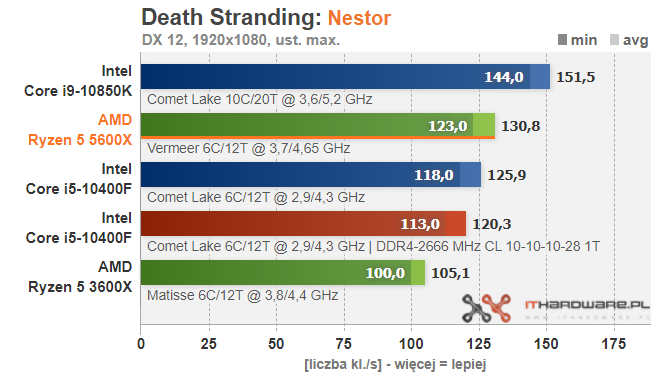 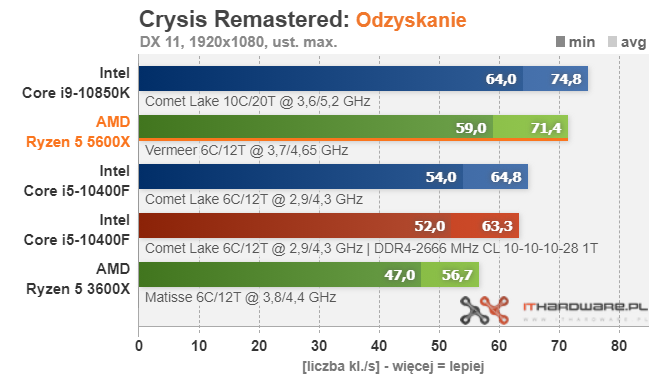 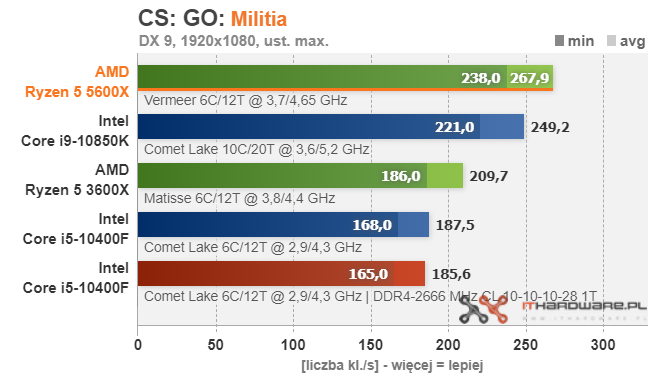 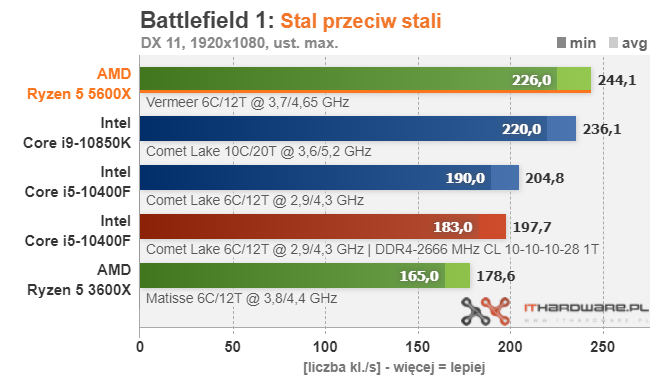 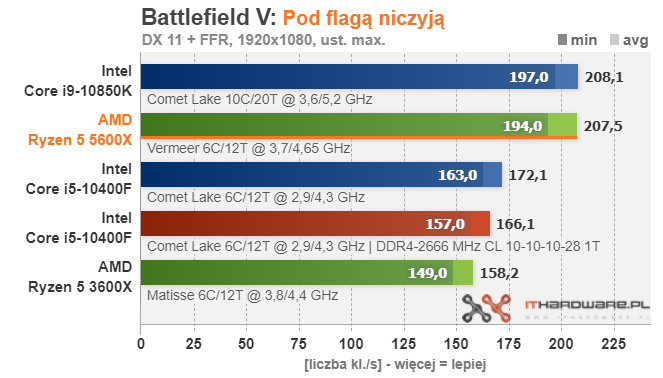 The Ryzen 5 5600X was performing cooler than Intel Core and other AMD Ryzen CPUs in this comparison. The reviewer used Noctua NH-D14 cooler and Noctua NT-H1 thermal paste. The 5600X appears to be significantly cooler than Ryzen 5 3600X (14C cooler), which is quite remarkable if true.

With overclocking applied the CPU temperature (85C) increases above 3600X levels (83C), and the same applies to power consumption (157W stock and 203W OC). It is still less power and heat than Core i9-10850K at stock, before overclocking is even applied. 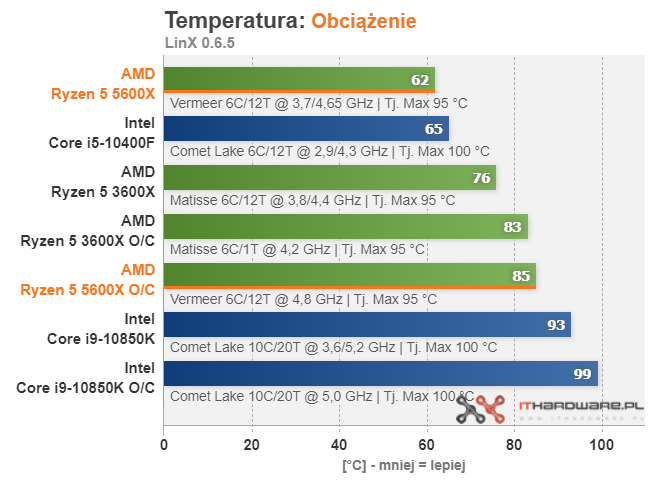 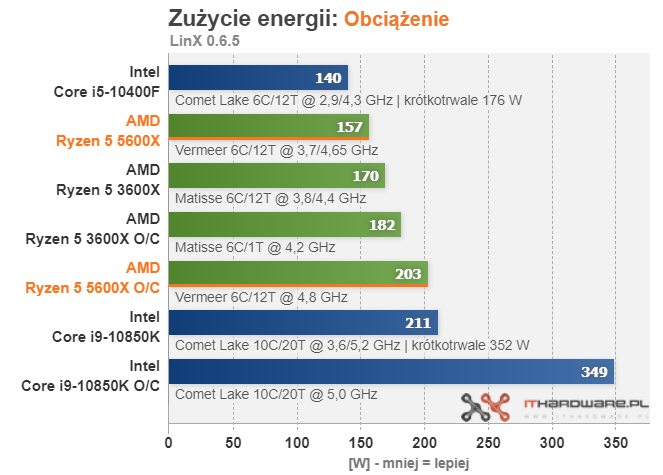 The reviewer claims that the performance boost over Ryzen 5 3600X is estimated at around 7.9 to 26.3% depending on a test. It is also quite obvious that a 6-core Zen3 will perform worse than 10-core Intel Comet Lake processors where multi-threaded performance is more important. Meaning that the PassMark score where Ryzen 5000 CPU took the top positions are not painting the whole picture.

Later today more reviews will be published of the Zen3 processors, including Ryzen 9 series featuring up to 16-cores. It is only a matter of hours at this point, so you may want to wait before making final purchasing decisions.