The editors from Le Comptoir du Hardware taking part in Intel Vision 2022 conference were allowed to take a photo of the first ‘Intel 4’-based processor for consumers, known as 14th Gen Core “Meteor Lake”.

Earlier today, photos of the mobile Meteor Lake package have emerged, showcasing how Intel is going to utilize its new flexible tiled architecture for efficient low-power mobile processors. This architecture will make use of small and big cores, similarly to Alder Lake and upcoming Raptor Lake series.

The die shot that was shared by the French technology website likely shows a small die for ultra-low power devices. This is believed to be 2 Performance and 8 Efficient core configuration, which is based on a hybrid architecture of Redwood Cove and Crestmont architectures. 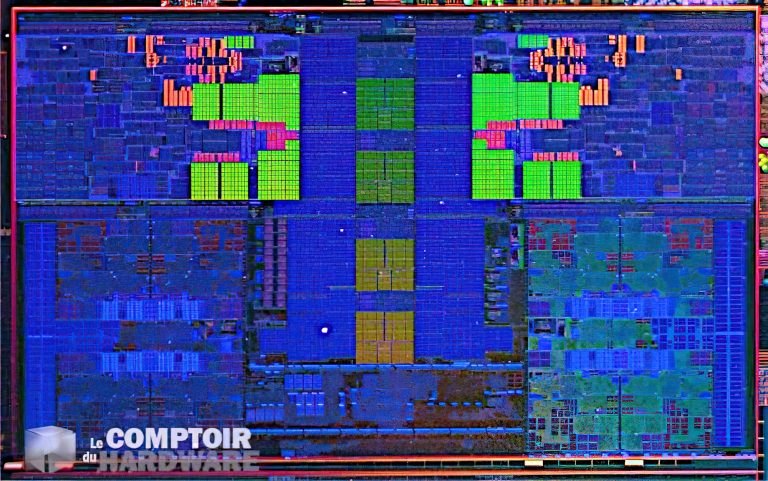 What is clearly missing on this die are the interfaces and graphics. Those will be distributed among different tiles, which will later be combined on a single package using Intel’s own Foveros packaging technology.

This compute tile is manufactured using Intel 4 process technology, which was previously referred to as 7nm. According to Intel, this node will provide over 20% performance per watt uplift over Intel 7 (10nm).

The die floor plan has already been interpreted by Locuza. It showcases the locations of the L1/2/3 caches and where one can find one of the clusters of the Crestmont (small) cores. 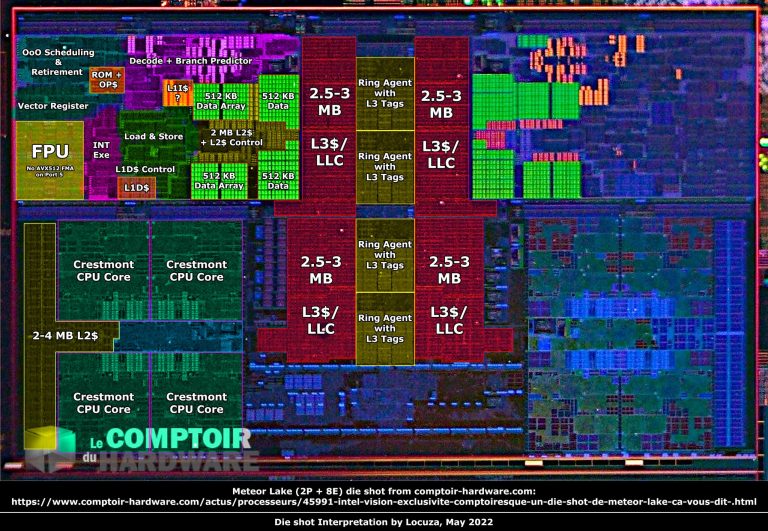 Meteor Lake is a 2023 product, likely to make a debut on mobile devices first. However, Intel did confirm that the architecture will scale up to 125W, indicting that desktop series are to be expected as well.