During a short interview with Wccftech, Stephanie Brenham (Ubisoft’s 3D Lead Programmer) confirmed that some of the technologies will be exclusive to the PC platform.

Far Cry 6 which will come out on October 7th, will be the first Ubisoft to feature AMD FSR super-resolution technology at launch. A close partnership with AMD bears the fruit of AMD hardware being listed all over the official recommended PC settings for the sixth installment in the Far Cry series.

The game will support DirectX Ray Tracing (DXR), which is accelerated by either NVIDIA Tensor or AMD Ray Accelerators cores. The game will offer a 1440p 60 FPS experience with Radeon RX 6900 XT or GeForce RTX 3070 based system. Those do not account for the AMD FidelityFX Super Resolution technology being enabled though, which can increase framerate by a significant amount depending on the settings.

When asked about ray tracing and FSR specifically if those features will be enabled on Xbox Series and PlayStation consoles, Stephanie responded that both are exclusive to PCs:

Ray tracing is a PC only feature. On console, our objective has been to take advantage of new hardware capabilities, optimizing performance targeting 4K and achieving 60 FPS, for instance, all while ensuring new game features, like our dynamic weather system, are supported on all platforms. […]

FSR is an option we give to our players on PC, and the performance improvement seen with FSR really depends on the hardware configuration. It’s a feature that can help players achieve higher final resolutions with smooth interactive framerates.

Interestingly, Ubisoft is not using AMD FidelityFX denoiser in the game but relies on in-house implementation instead, which supports Fry Cry’s hybrid ray tracing approach. Furthermore, the game will not support one of the key features of DirectX 12 Ultimate though, which is Mesh Shading and Sampler Feedback, as those would increase the time required for the debugging process, Brenham notes. 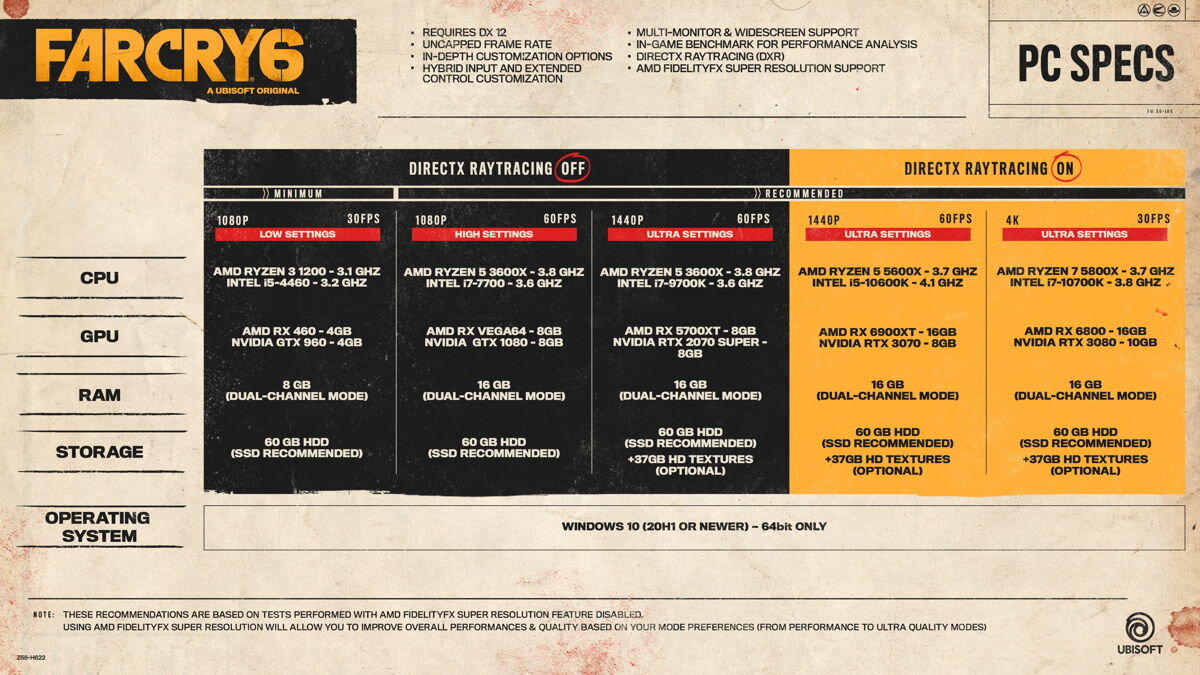