Alder Lake-S smiles for the camera.

Intel’s first desktop processors based on 10nm SuperFin architecture will officially launch in the second half of 2021. Our sources believe that the launch of Alder Lake will be closer to the fourth quarter, rather than the third. Intel already confirmed that its Rocket Lake series (a predecessor to Alder Lake) launches in the first quarter of 2021, possibly March, meaning Intel is in no rush to launch another series just a few months apart.

Intel Alder Lake will feature a hybrid technology with high-performance (big) and high-efficiency (small) cores. This is a completely new approach to desktop x86 computing, and we only got a glimpse of how it may work with Lakefield processors (one big and four small cores).

Back in August Intel confirmed Alder Lake will feature Golden Cove and Gracemont core architectures. Unlike Lakefield, which was focusing on battery life, Alder Lake will focus on performance. The hybrid design will involve a next-generation hardware scheduler, providing seamless operation to applications.

Another set of features coming to Alder Lake is DDR5 support and possibly even PCI Express 5.0 (this has not yet been confirmed). The transition to DDR5, PCIe 5.0 and 10nm SuperFin architecture will require a new socket – LGA1700.

According to recent rumors, Intel intends to keep the LGA1700 socket for at least three generations. The socket itself has already been a topic of rumors before and it was revealed that the package dimensions for the mainstream desktop series will change to 37.5×45 mm (7.5mm taller than LGA1200). The photo of the CPU that we have appears to confirm those dimensions.

The CPU pictured below features exactly 1700 contact pads (we counted). This is actually the first LGA1700 processor codenamed Alder Lake to be photographed. Our source has not yet confirmed the specifications, so might provide an update later. Please note, that is an engineering sample that might look different than retail product. 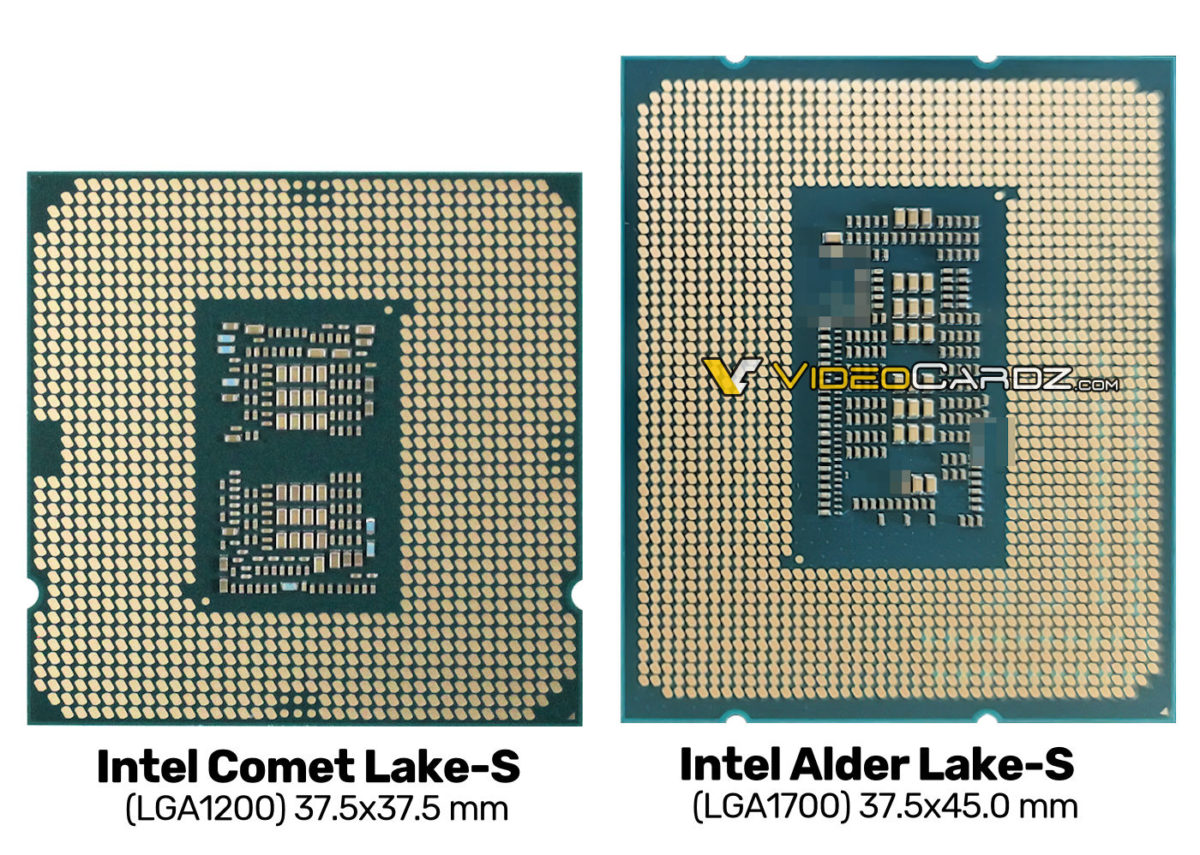