Vince “K|NGP|N” Lucido now holds the world record in 3DMark Port Royal with 16673 graphics points. This score was achieved with a fully-custom design by EVGA based on GeForce RTX 3090 graphics card, a card called – RTX 3090 KINGPIN.

This achievement of course required liquid nitrogen cooling. In the end, the card scored roughly 30% higher than a stock card. Most RTX 3090 Founders Edition cards are capable of overclocking by around 7%.

This is of course is just a beginning for the extreme overclocking scene. Vince was lucky enough to have access to a first full custom card which he himself helped to design with EVGA. But other brands are definitely not going to leave this achievement unnoticed.

As we have heard other board partners are already developing their ‘extreme-OC’ designs. We expect to see MSI Lightning or GALAX HOF cards very soon. 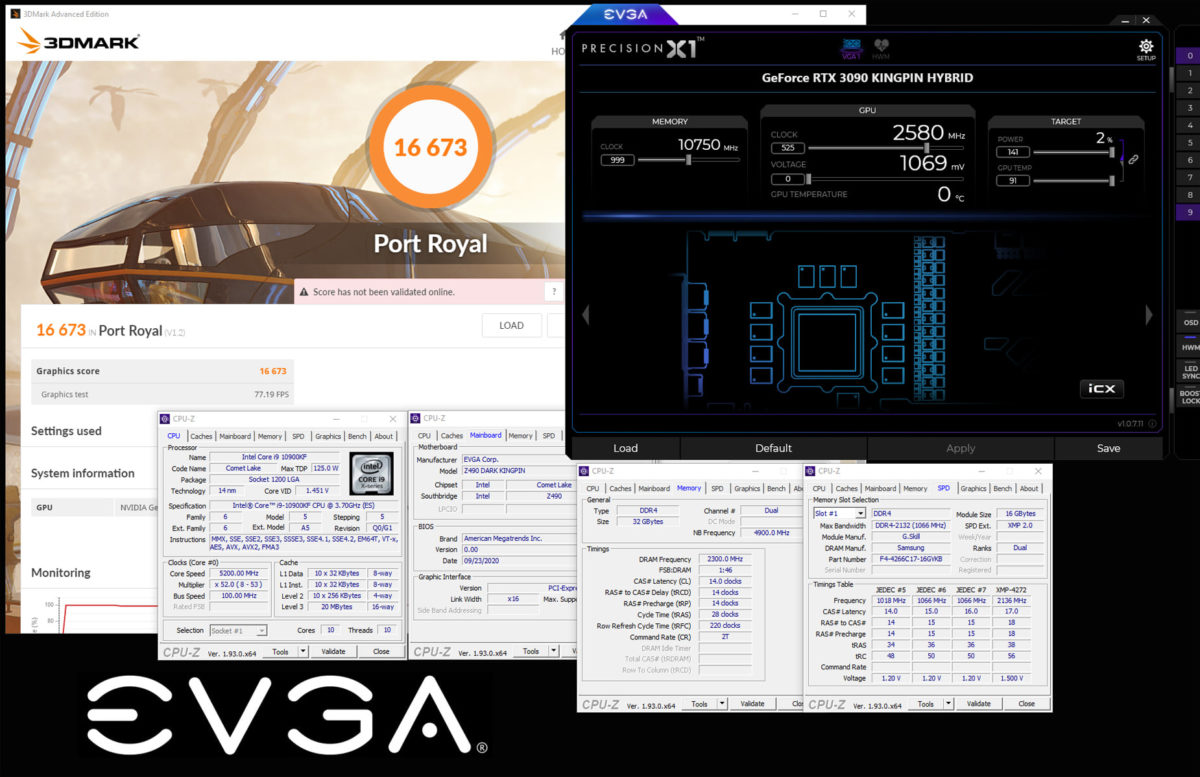 Playing around with KP 3090 on LN2 and water cooled 10900K. Can’t wait to see what some of you can do with it, this is nothing yet. We worked very hard to bring this card quicker than anytime in prior 8 years of doing this and I hope you guys have as much fun with it as I did
— Vince Lucido 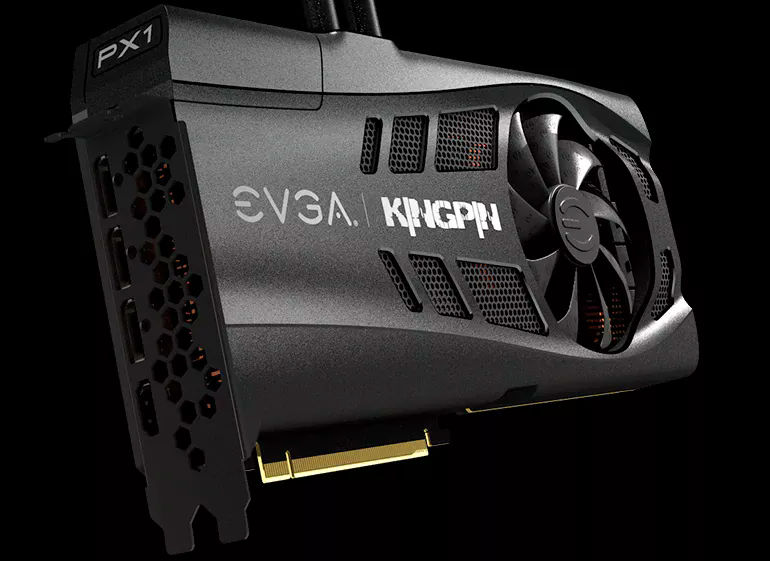