The clock speeds for the 8nm Ampere GeForce RTX 30 series are not as high as many many enthusiasts have expected. Custom board makers are also very moderate with their factory-overclocking. Almost a week after launch, the fastest RTX 3090 model announced so far, features a 1755 MHz clock (and that’s after applying clock speeds with bundled software). Out of the box, it has a 1740 MHz boost clock.

But it seems that the fight for the fastest RTX 30 model has only just begun. ASUS is expected to launch the ROG STRIX TOP series, with even higher clocks than OC models. Both ASUS and GIGABYTE have not yet announced the clock speeds for its top models (GAMING X TRIO, AORUS XTREME).

EVGA did not reveal the clock speeds of its KINGPIN or FTW3 series as well. However, it seems that EVGA did tease the clock speed in an ICX3 Technology video a few days ago. The picture posted below is only shown for a second. It shows EVGA Precision X1 software with applied overclocked clock speeds to RTX 3090 graphics card. This graphics card appears to be RTX 3090 FTW3 Ultra. The low voltage and low temperature seem to indicate that this is idle clock speed.

It is worth noting that the illustrations used for advertisement are often inaccurate and they display wrong data. But would EVGA risk the backslash promoting a new product with such a clock speed? 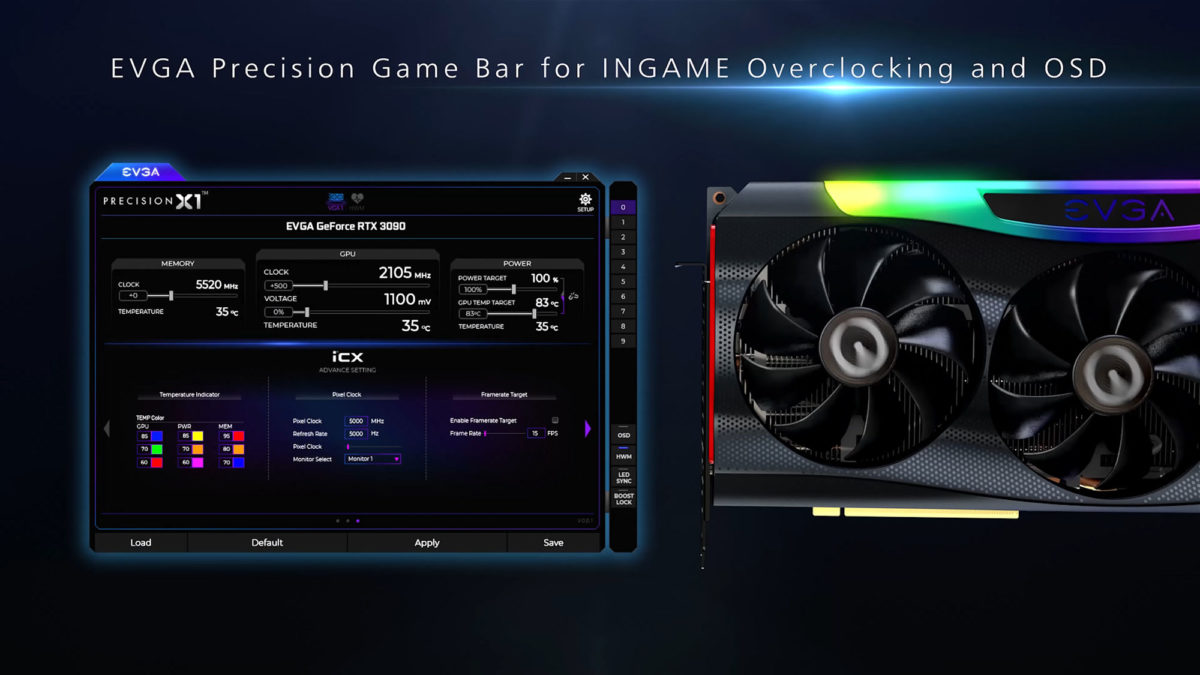