When it was discovered that Amazon’s New World game might be responsible for a number of the graphics cards fail, users have reported that especially the high-end graphics cards from EVGA are affected.

EVGA has stepped up pretty quickly by offering a quick replacement for the cards that were affected. At the same time, the company began collecting those faulty units and started to look for the issues that might have caused the cards to fail right away.

It was relatively quickly discovered that EVGA RTX 3090 series suffer from a faulty fan controller, as reported by Igor’sLAB. Igor was among the first to test an updated version of the game that locked the framerate in menus. The RTX 3090 FTW3 was also tested by JayzTwoCents. By many, it was suspected that this very high framerate might have been the cause for other cards failure, including GeForce RTX3090/3080Ti and even Radeon RX 6800-6900XT GPUs. 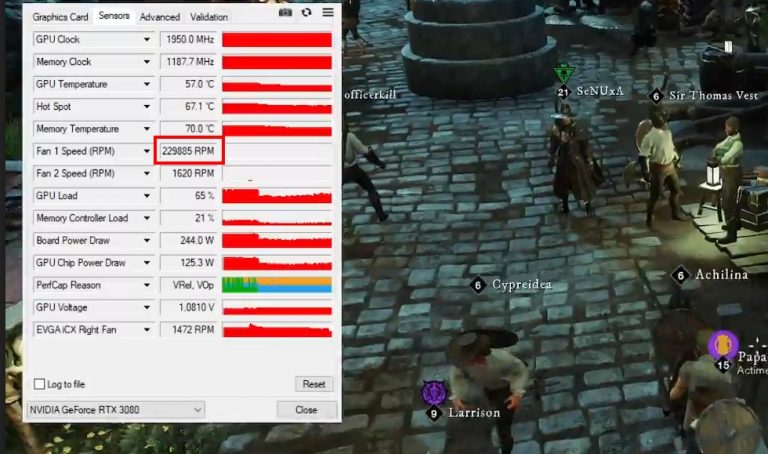 The answers weren’t straightforward though, which is why even now EVGA is still not ready to claim that the issue has been completely solved. However, Jacob Freeman, PM at EVGA, confirmed that the graphics cards will soon receive a new firmware that solves the RPM spiking problem. As he explained, the issue was caused by the noise in the I2C bus, from which the RPM data was read. He also confirmed that gamers using EVGA Precision software are covered, as the data from the bus is already filtered.

Update: Will have new firmware for cards soon to improve this. This may occur if there happens to be noise in the i2c bus from where RPM is read. Precision already filters out erroneous readings but other apps may not. This is strictly a RPM reporting issue. https://t.co/xnMpWq86NX

The new firmware will cover the RPM spikes problem, but this has not been confirmed to be the root cause for cards failing in New World. EVGA is still to analyze the cards affected by this very issue, but because there were so few cards affected, it takes time to collect the cards.

It is likely that EVGA might still release an updated firmware, should they find a different issue that caused the cards to fail after playing New World.

RPM is not related. Regarding New World, this is still being analyzed, looks to have only affected a very small % of cards but we are still getting some back to analyze root cause. First priority was getting them replaced first with new cards sent out.