EVGA is upping its game with RTX 3090 KINGPIN HYBRID. We recently covered a new world record by Vince “K|NGP|N” Lucido, who broke a 2.58 GHz barrier with the EVGA graphics card based on NVIDIA Ampere architecture. Vince is an extreme overclocker working for EVGA, who was involved in the design process of GeForce RTX 3090 KINGPIN edition.

The KINGPIN HYBRID is the first EVGA model to feature a 360mm AIO kit. The company has so far not confirmed if there are plans for an air-cooled only model. The AIO model has an advantage over traditional cooler design, as the card will run at lower temperatures while generating lower noise. The installation of such a big cooler will certainly require a proper case.

The card will also feature a flip-up display similar to what the Colorful RTX 30 Vulcan series are already offering. A flip-up design allows you to adjust the position of the display for vertically mounted GPUs.

There is currently no information on the release date and final pricing for RTX 3090 KINGPIN. The KINGPIN models are considered the top-of-the-line series for EVGA. These cards are not necessarily the fastest out of the box, but they usually a lot more headroom for manual overclocking than other designs. 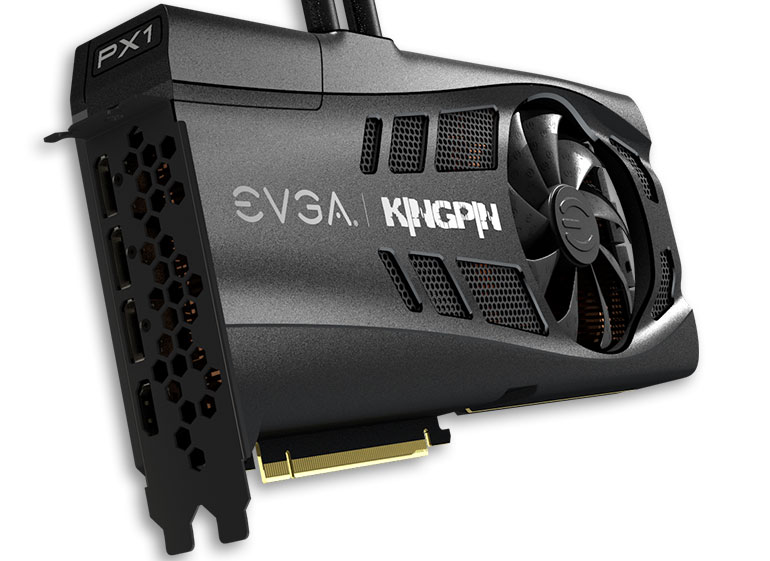