Epic Games Launcher increases the temperature of AMD Ryzen CPUs, even when idle

It appears that Epic Games Launcher is making some Ryzen processors run hotter, as reported by multiple users on Reddit and verified by Hot Hardware. The applications appear to continue to use CPU resources even when the application is running in the background. This is of course not expected behavior from the application that is only meant to maintain the library and launch games. Those resources could have been used by the game itself.

The application can make some Ryzen CPUs up to 20C hotter, and that’s without any game running. The launcher appears to increase the CPU usage on certain threads which affects the temperature of the whole processor.

AMD Ryzen 9 5950X when EGL is not running (left) and when it’s running (right), Source: HotHardware

Multiple users have shared their experience which appears to confirm what the original poster has discovered:

Mine is the exact same. 5900x.
Sat watching youtube while I download Cyberpunk (finished). Friend sends me a link to this thread, I look at my temp, 62, Close EGL, down to 42….

ok my 2600 was idling at 46 watching youtube, i thought that’s not too bad, i exited Epic launcher and it immediately dropped to 38. Edit, it’s gradually dropping even more, only 35 now.

At this moment there is no fix for this issue, however, there are workarounds. A good idea is to link Epic Games Launcher to GOG Galaxy, which has a built-in feature to automatically close ‘original’ launchers after the game is shut down. This way the launcher will no longer be working in the background once users leave the game.

It is also reported that EGL sends 14x as much data as Steam and NVIDIA Experience while working in the background. The EpicWebHelper executable connects to the following server:

The amount of data collection may be related to the region the user is connected to (different laws may apply and consent may be required). From the looks of it, the executable is be related to the built-in web browser into the launcher. It connects with multiple IPs at launch but continues to send data (the vast majority of traffic happens at program launch). At least the good news is that the executable downloads 30x more data than it sends.

What caught my attention is a high resource use, up to 10% of GPU usage when the app is running in the foreground (not even as the main window). Meanwhile, the CPU usage oscillates between 6% to 3% when the app is in the background (minimized).

It is quite apparent that the application is poorly optimized, but at least it does not eat the memory as much as Chrome web browser does. 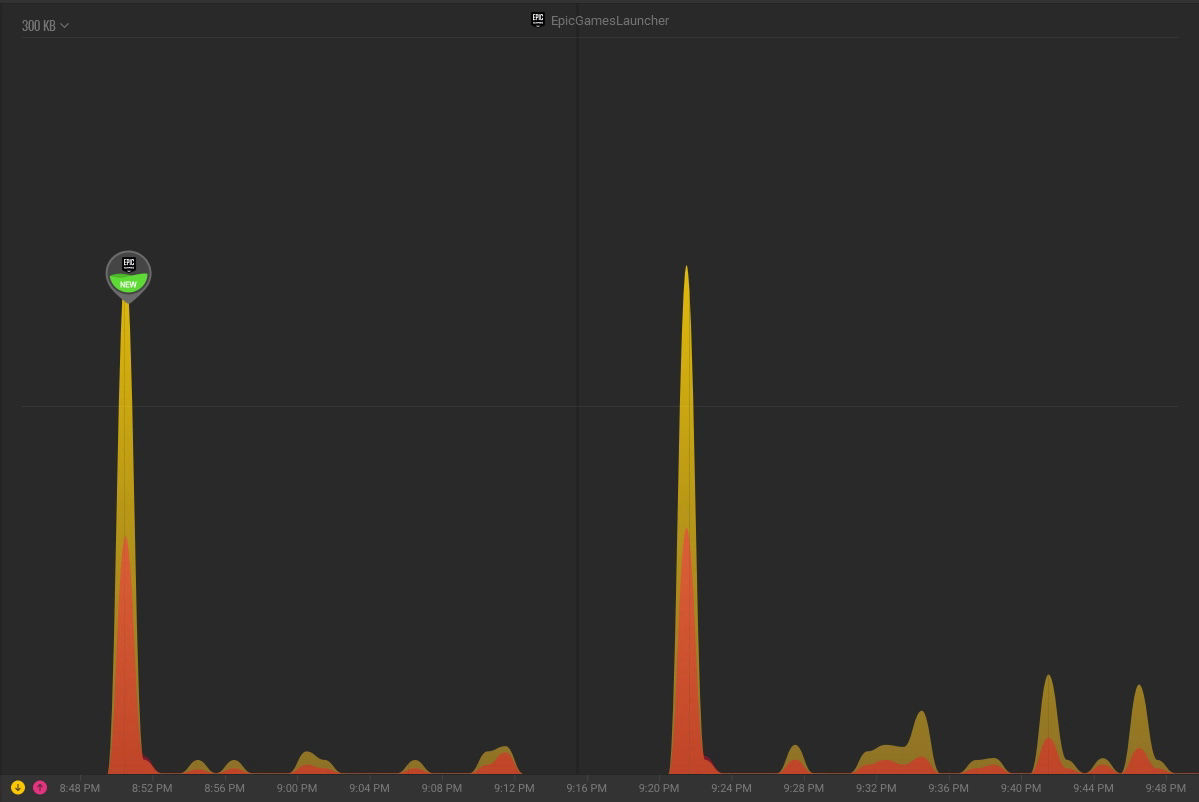