NVIDIA is now offering Call of Duty Black Ops Cold War for free with select purchases of GeForce RTX 30 graphics cards. This bundle has recently been extended till January 11th, just a day before NVIDIA is making a new GeForce-related announcement. At this time it is unclear if NVIDIA has plans for another game bundle.

South Korean company Emtek has recently unveiled its custom variant of the HV Black Monster, the graphics card we have already mentioned before. Emtek is now offering a customized version of this steampunk-style graphics card with some Call of Duty inspired features.

The RTX 3080 SKU features an 1860 MHz boost clock, which is identical to the original Black Monster card. It comes with a 3x 8pin power connectors and a default TGP of 370W, one of the highest power levels from all custom RTX 3080 cards (by default it’s 320W). The COD: BO CW edition features a different packaging, as well as a new, LED-illuminated shroud and game-inspired backplate. 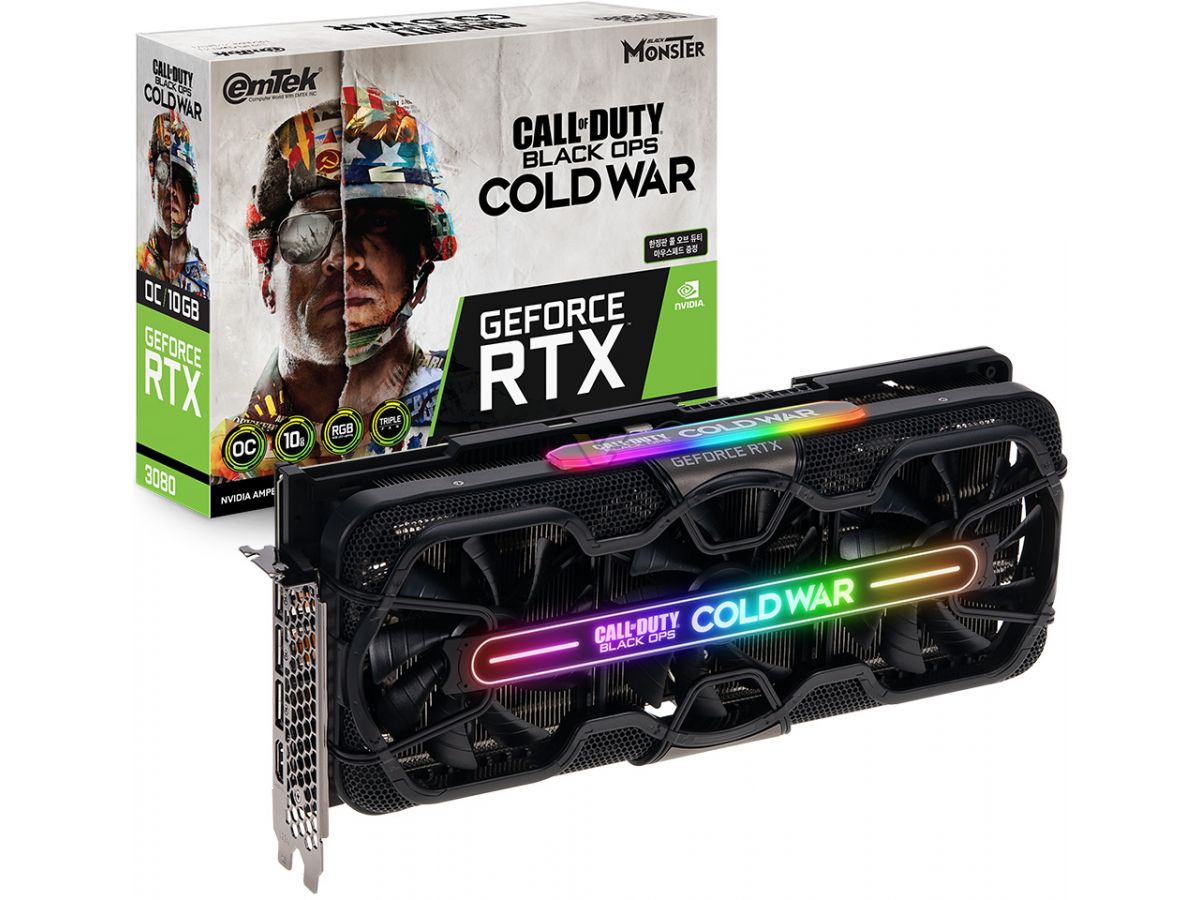 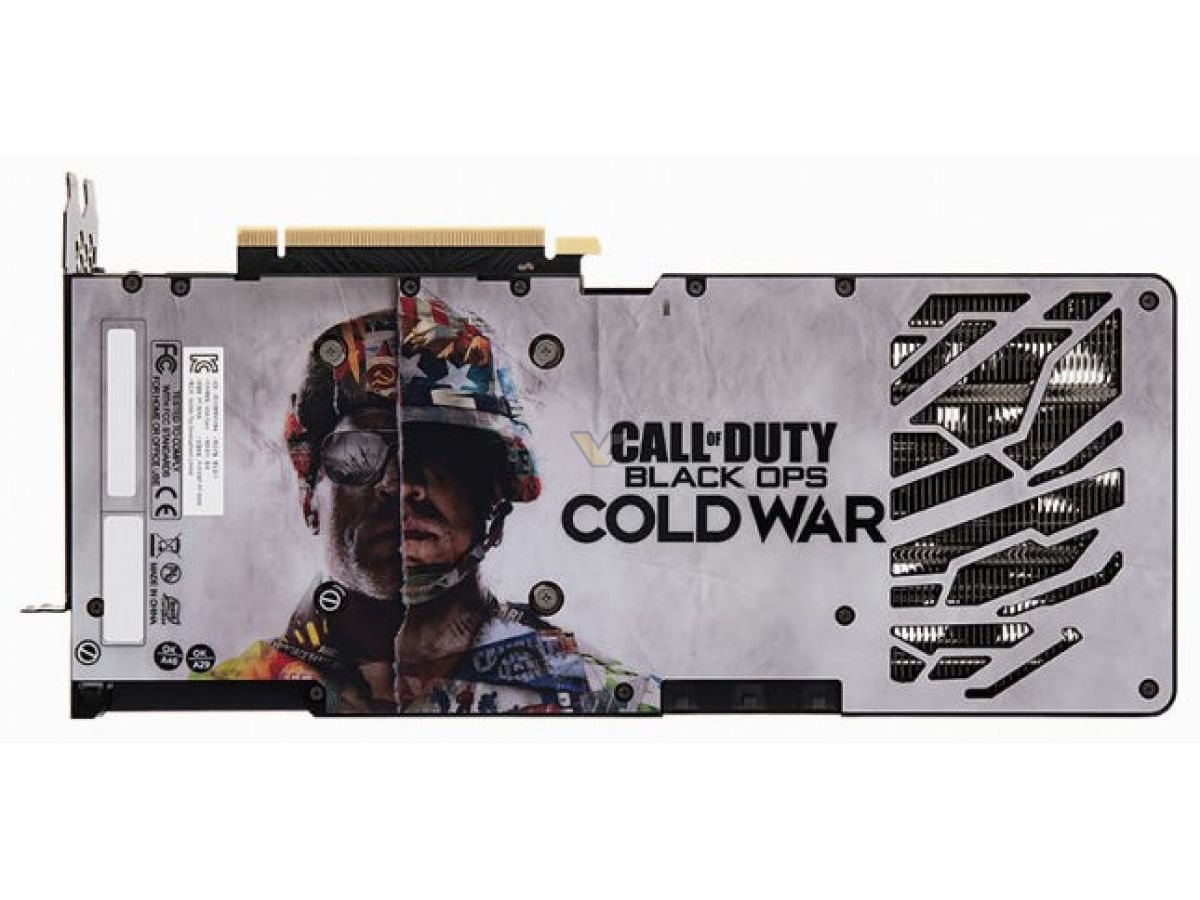 The graphics card is based on NVIDIA GA102 GPU with 8704 CUDA cores and equipped with 10GB of GDDR6X memory. 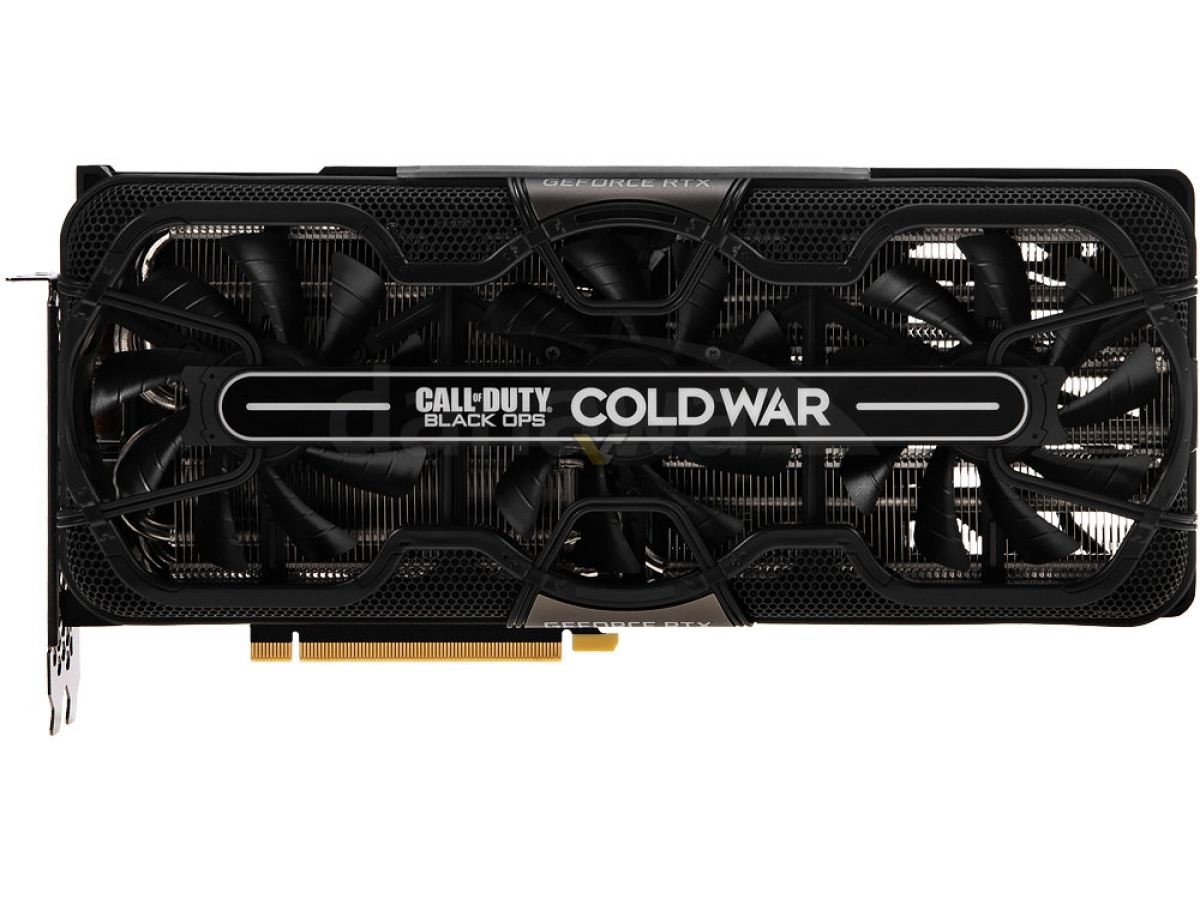 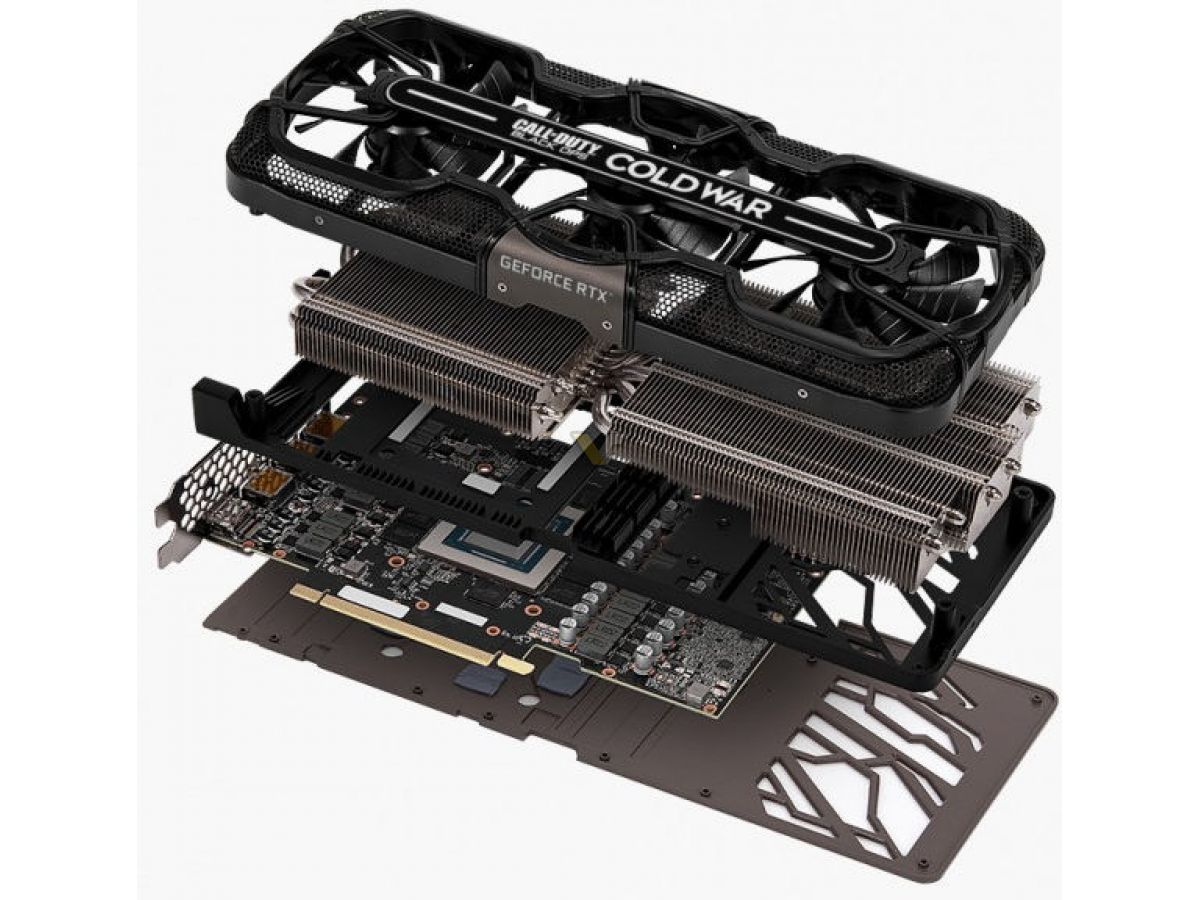 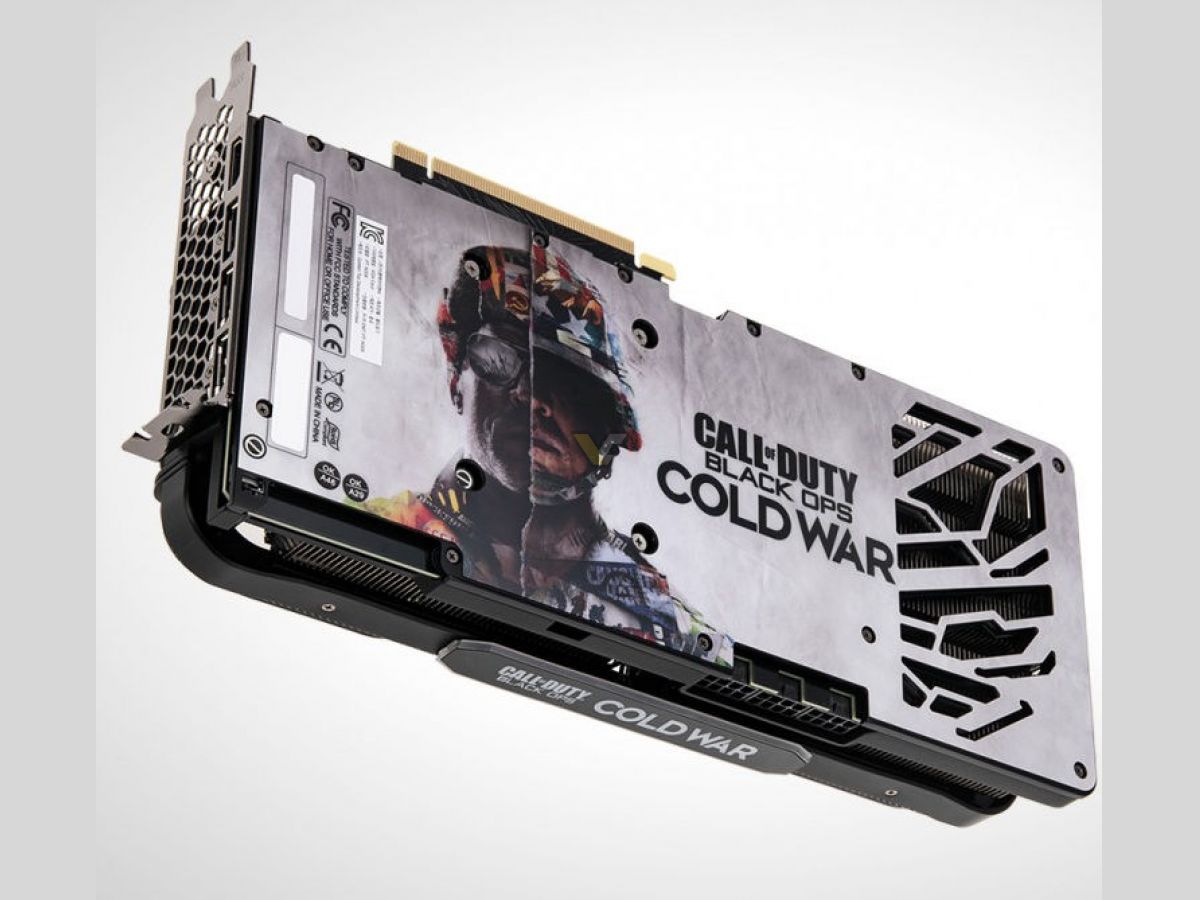 The GeForce RTX 3070 model features a boost clock of 1815 MHz, a TGP of 270W, and dual 8-pin power connectors. The card measures 30.4 x 13.6 cm and will occupy three slots on the motherboard. It is by no means, a small card, however, its PCB design is relatively small (pictured below). What this means is that power connectors are located right in the center, making any cable management attempt a bit more complicated. 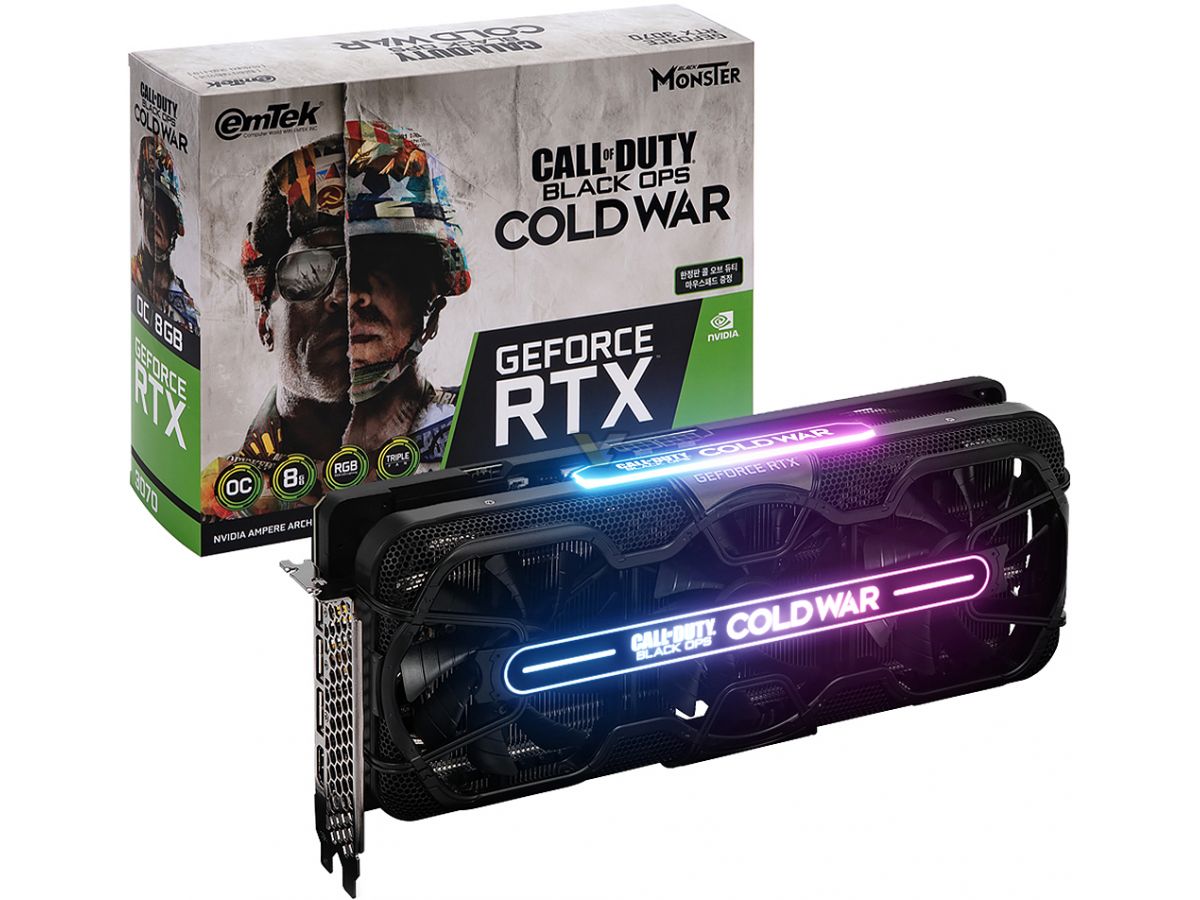 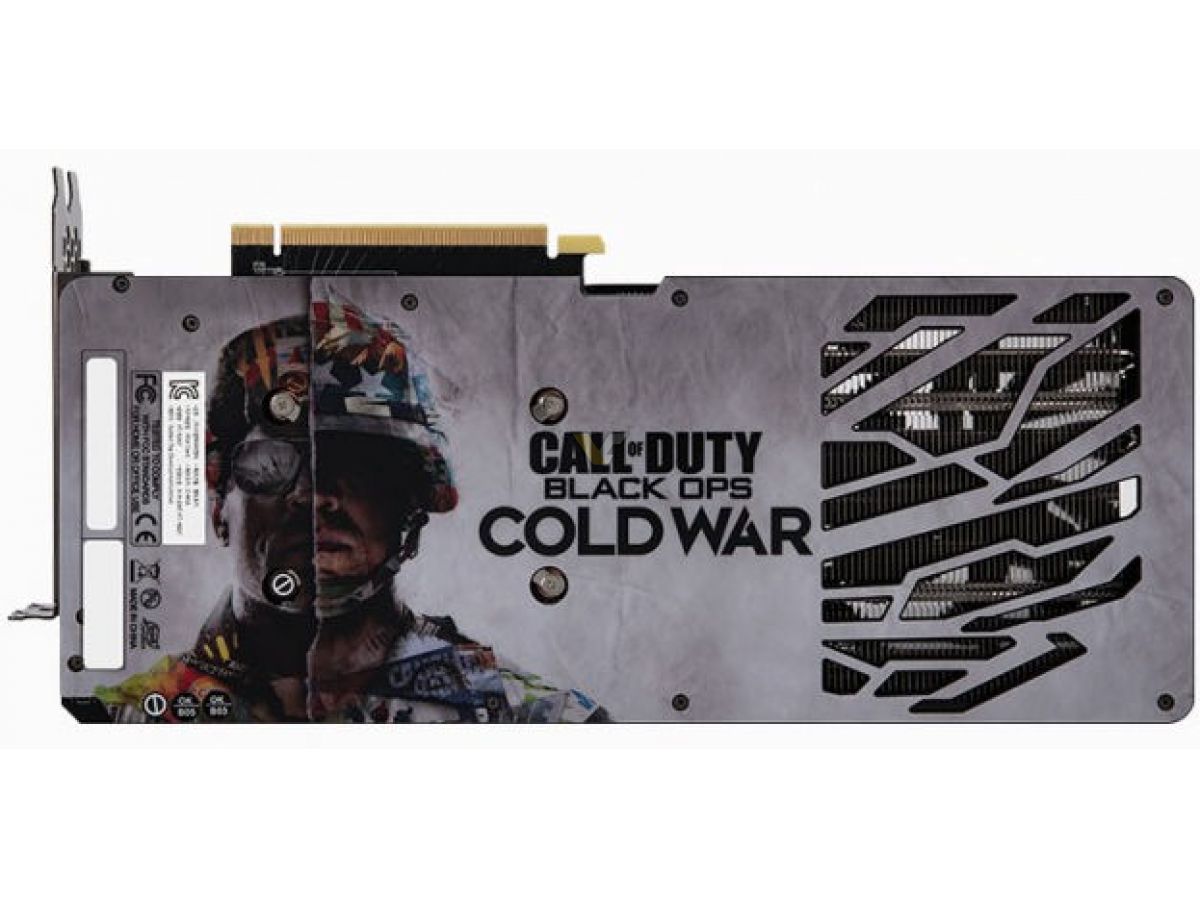 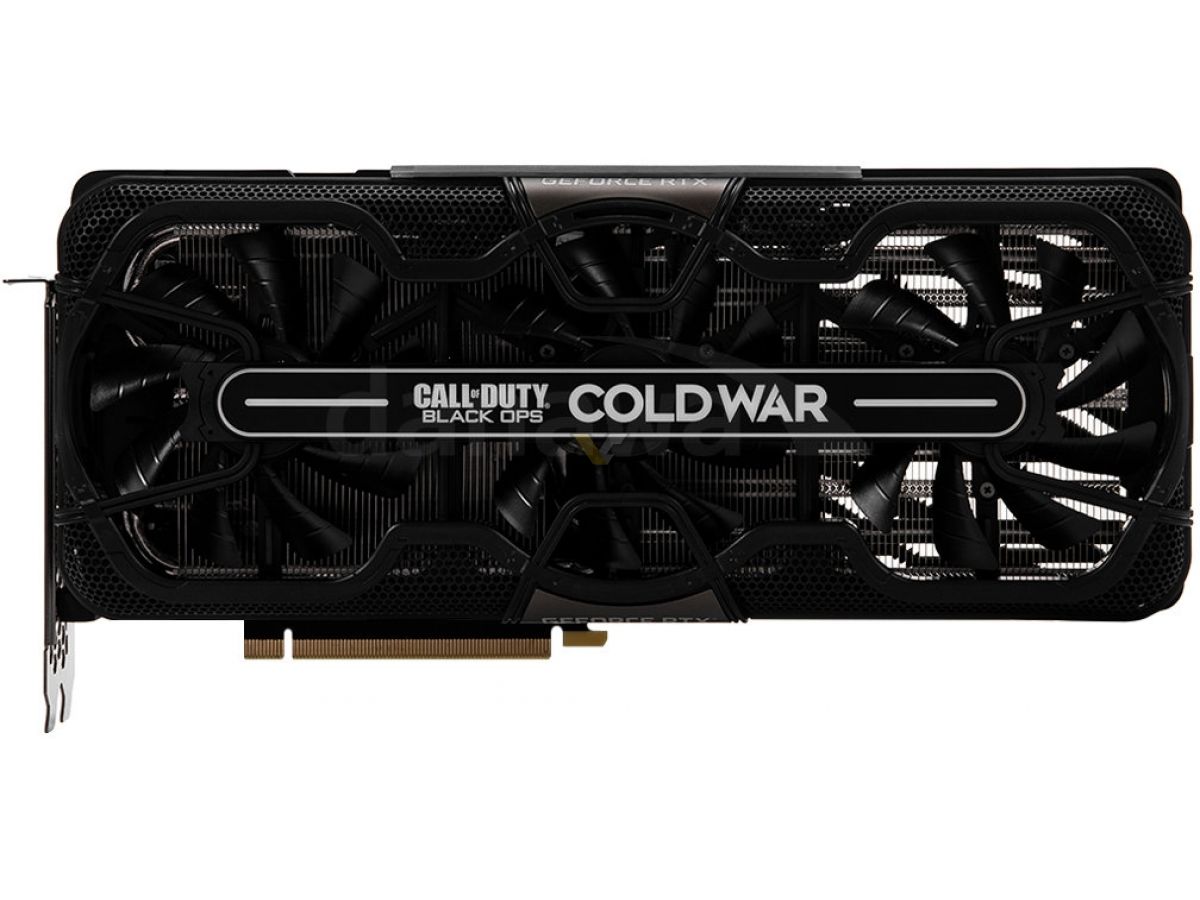 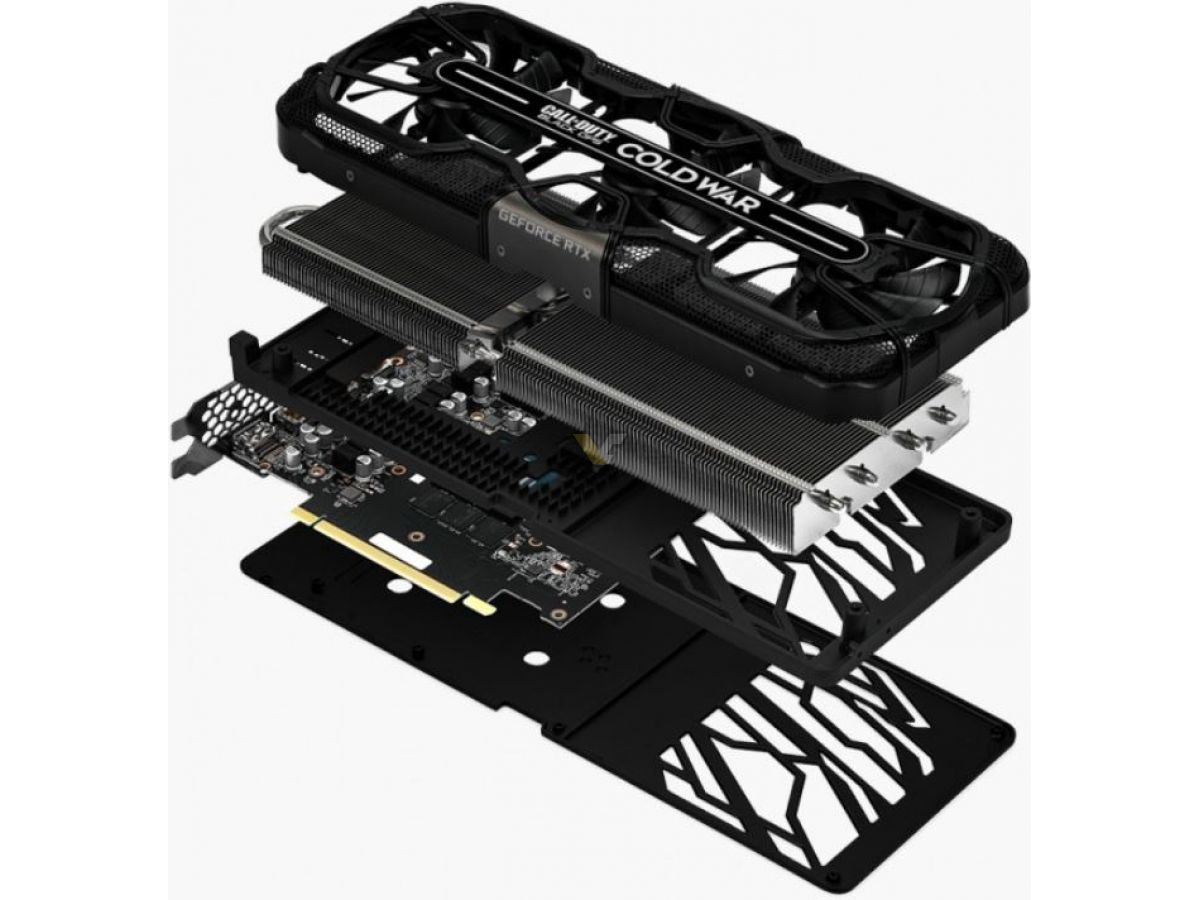 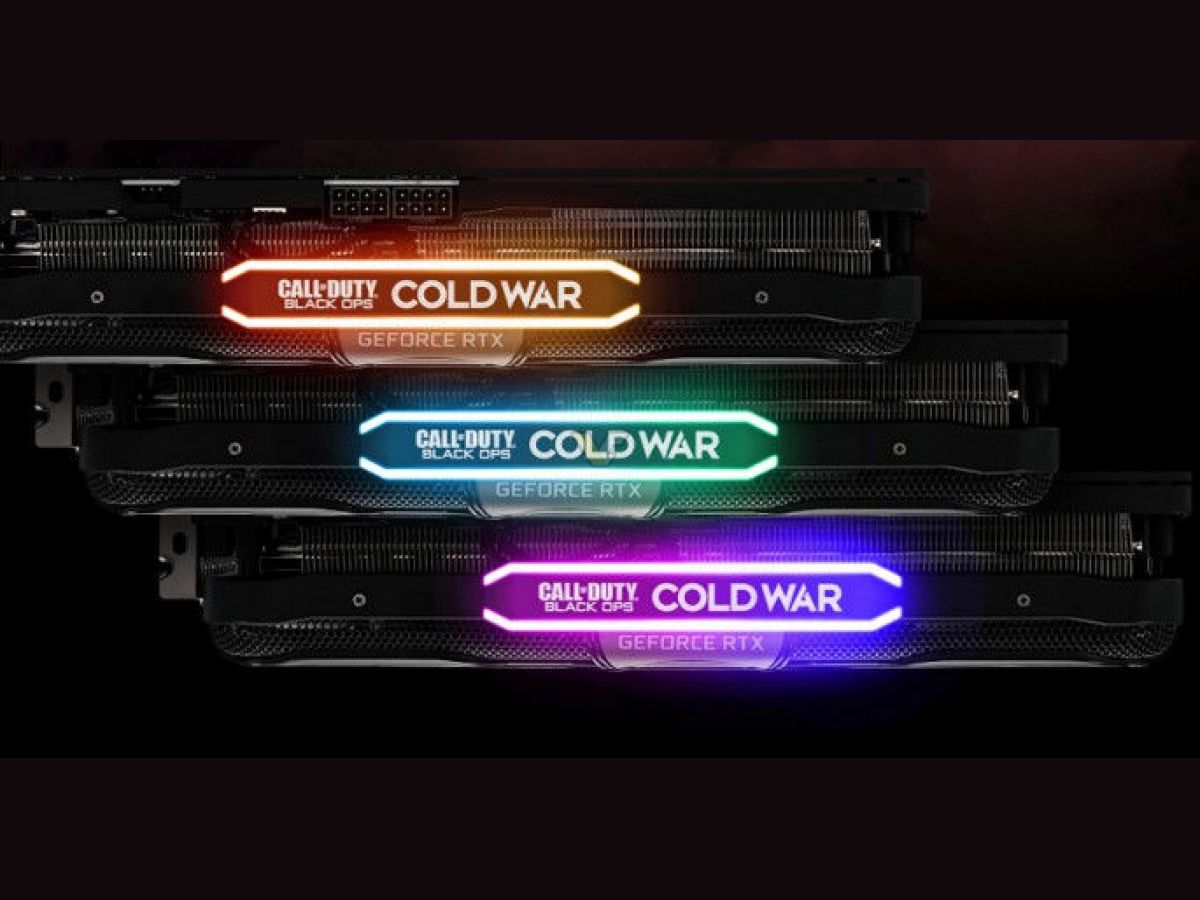 This is also an opportunity to see how different are custom boards from Emtek for both cards: 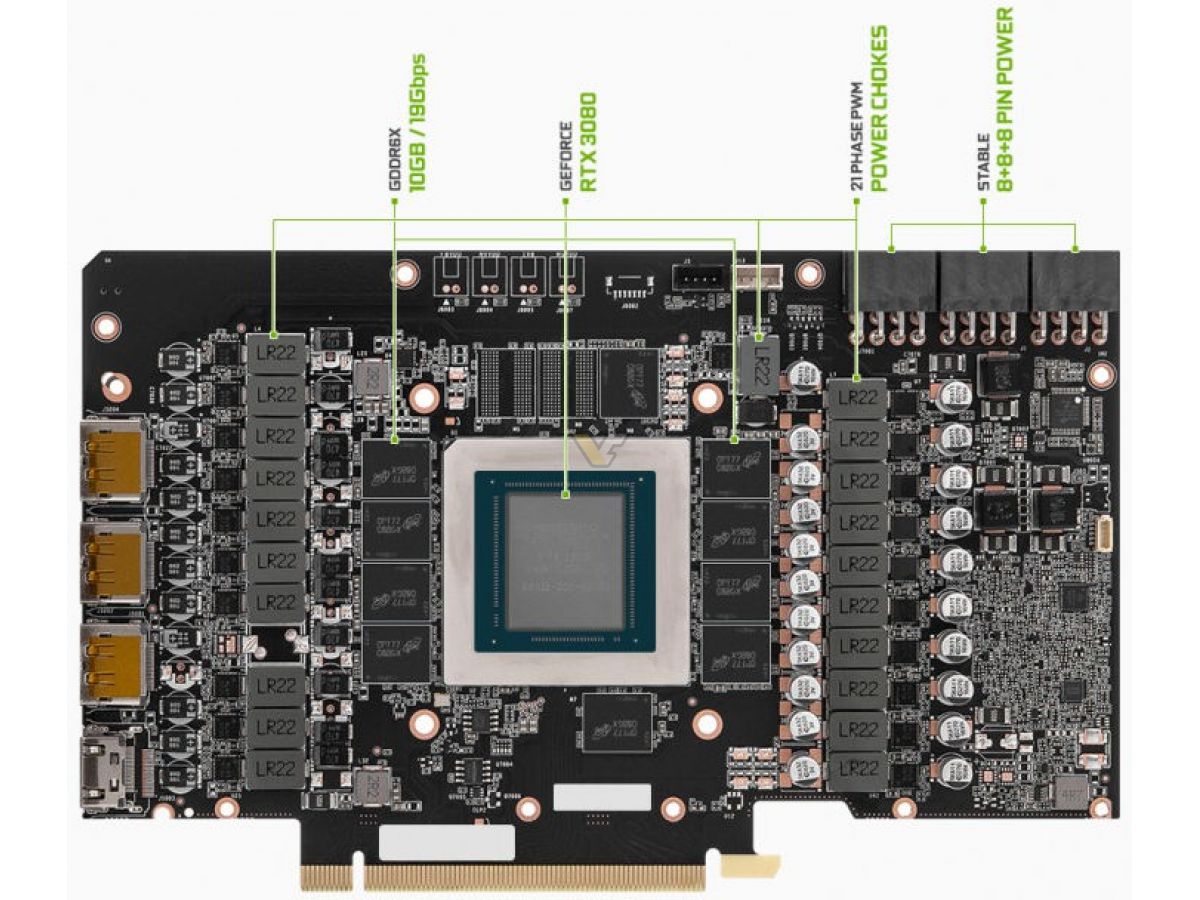 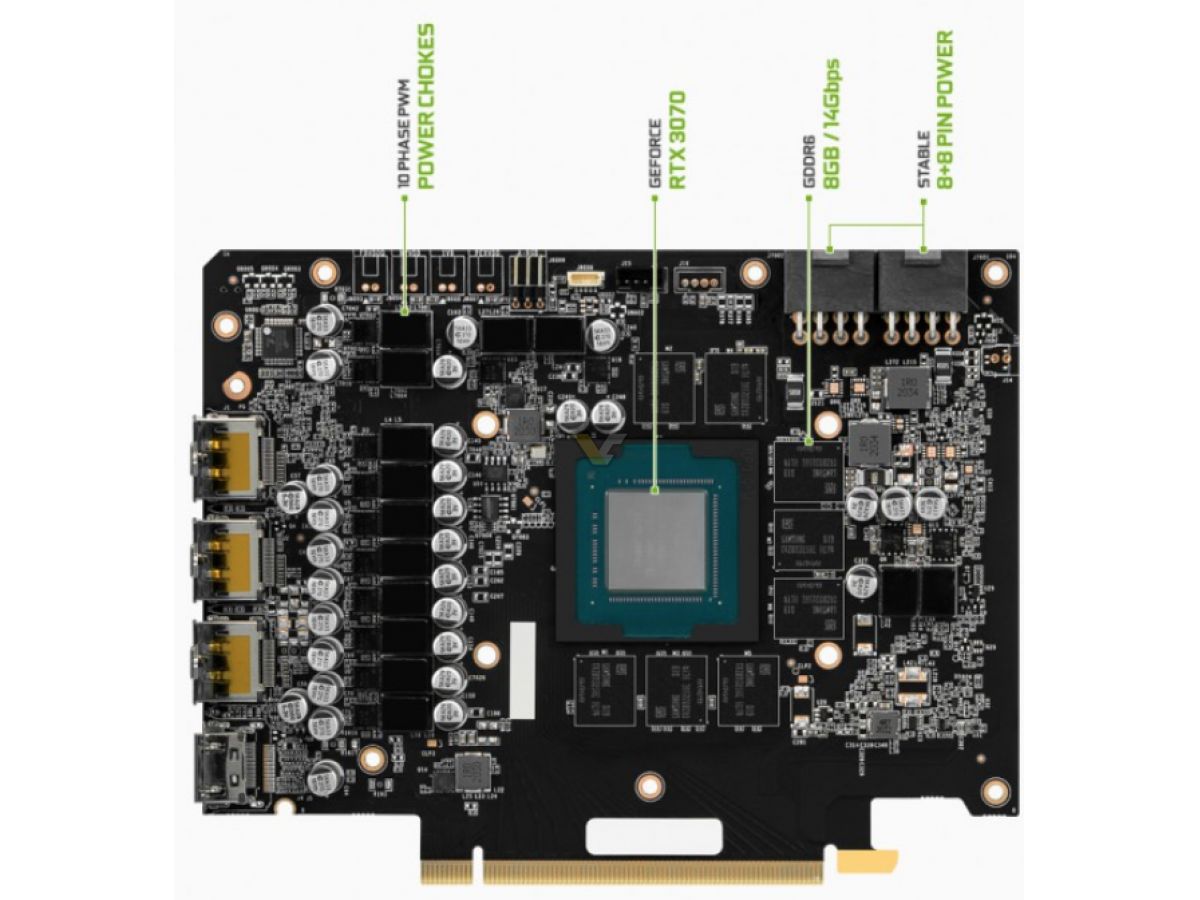 Unfortunately, Emtek cards are only sold in South Korea, which means that those cards are not avaiblle globally. Since the game is already bundled by NVIDIA (at least for another 11 days), the bndled actually feature a large mousepad. However, once the official bundle is over, this might e the only special bundle coming with these cards.