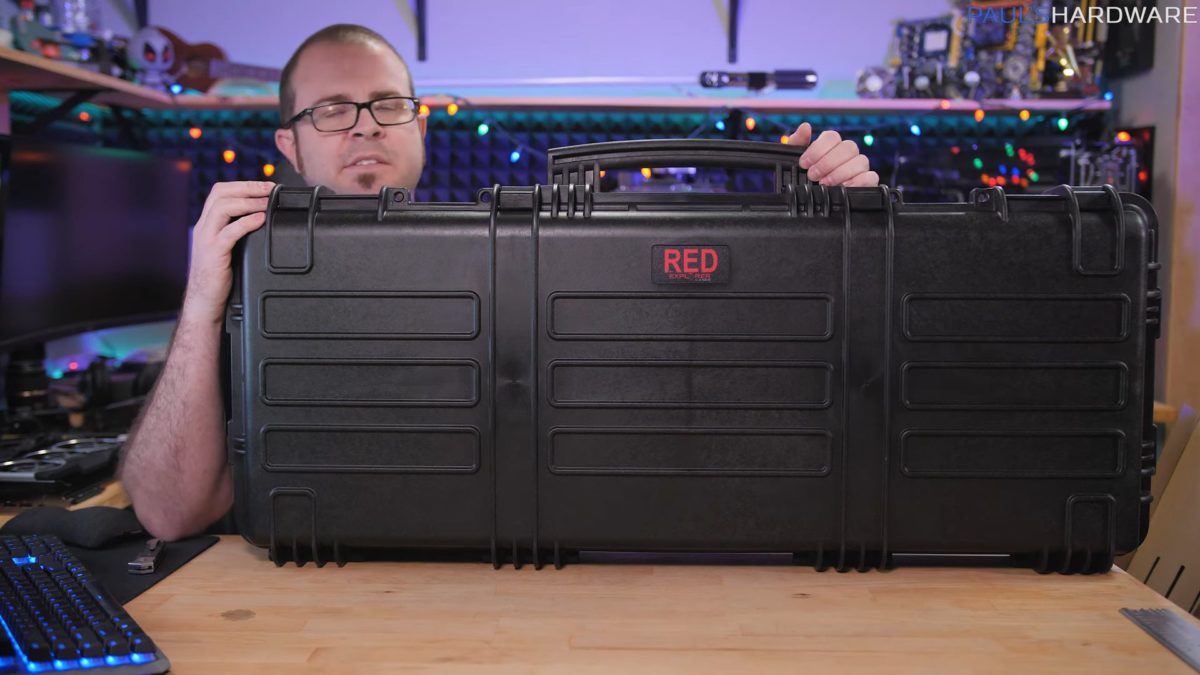 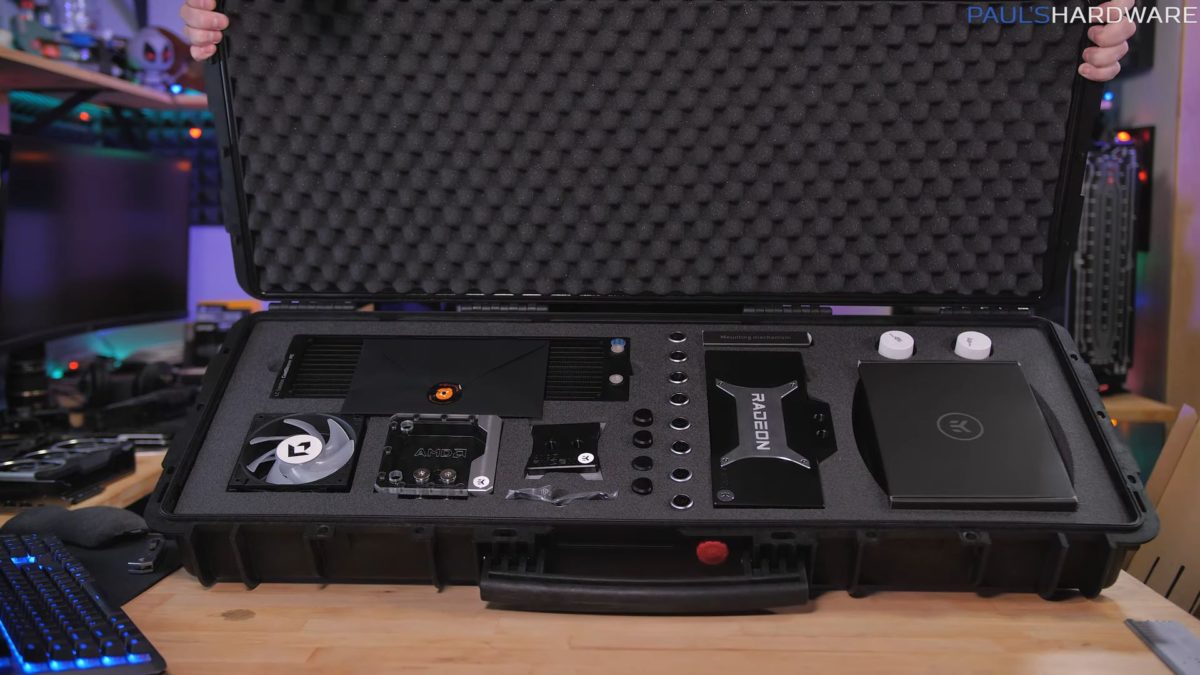 A video from Paul’s Hardware gives an overview of the Radeon RX 6800 series that were “pre-launched” today by AMD. The company gave reviewers a green light to unbox the graphics cards that they received last week. The video from Paul covers the Radeon RX 6000 cooler designs, packaging, and bundle that comes with the graphics cards that appear to be actual retail versions.

In the same video, Paul also unboxes a package that was sent to him by EK. The Slovenian water cooling company had prepared a special kit “EKWB Radeon 6000 Water Cooling Kit” for, what is now officially called, AMD’s “Ultimate Gaming Platform”. This is how AMD refers to its Radeon RX 6000 series paired with the AMD Ryzen 5000 CPU series, both released in a span of one month, giving customers an opportunity to upgrade the core of their gaming systems at the same time.

The kit features a water block for the Radeon RX 6000 series graphics card (6800/6900) and a backplate. For the AMD Ryzen 5000 series (Zen3) CPU, a custom water block for the AMD4 CPU is included. The kit comes with an EK D5 pump attached to a reservoir with an acrylic plate with an AMD logo. For cooling, a 360mm radiator and three Vardar fans are included. The reservoir comes with mounting brackets that allow users to install it wherever there is room for a 120mm fan.

All parts come with RGB fan headers, so it should be possible to synchronize the color of the whole kit. Thick dark tubing, liquid red filament, fittings caps, and basic equipment for water cooling were also included.

It is unclear if the EK package that Paul received will look the same in retail, but it seems unlikely. The company has not provided any release date or pricing for this water cooling special kit. Judging from the engraving on the water blocks, it should be compatible with both Radeon RX 6800 and RX 6900 series. The latter will launch in December. 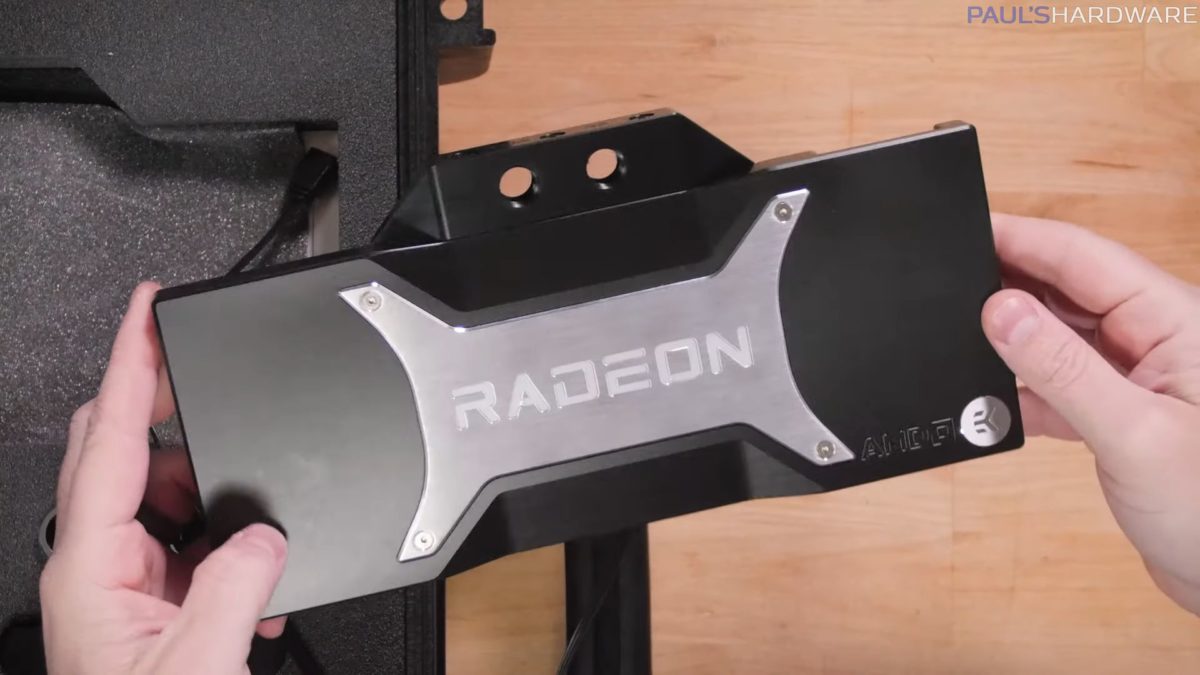 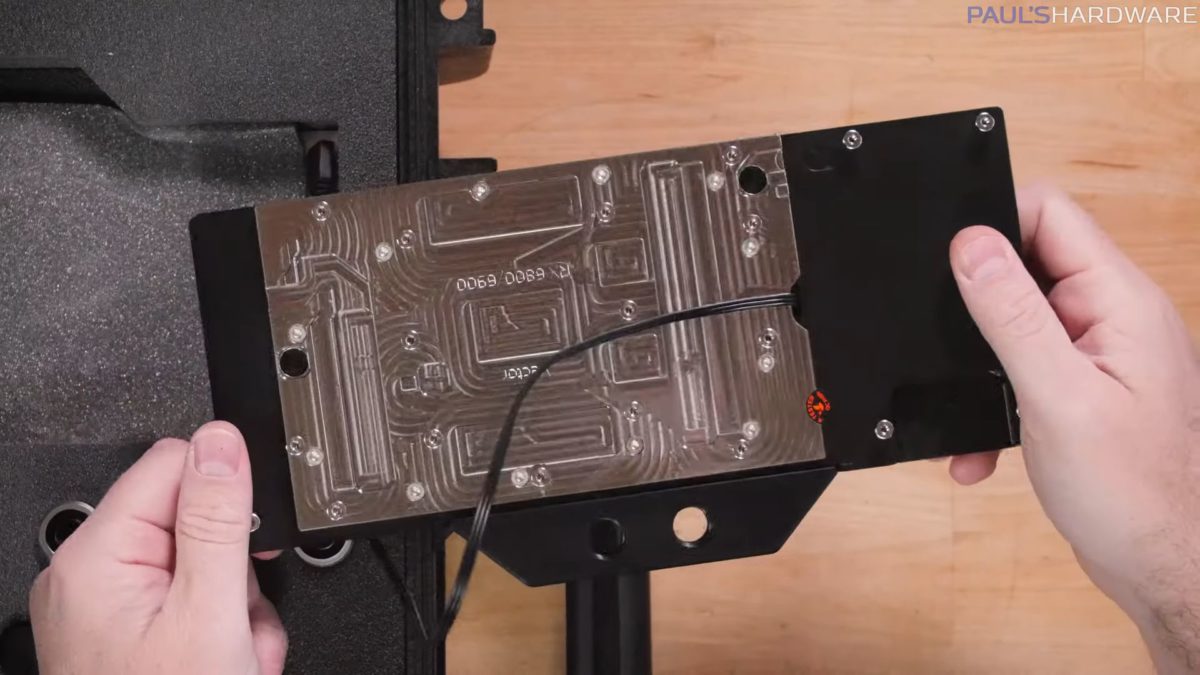 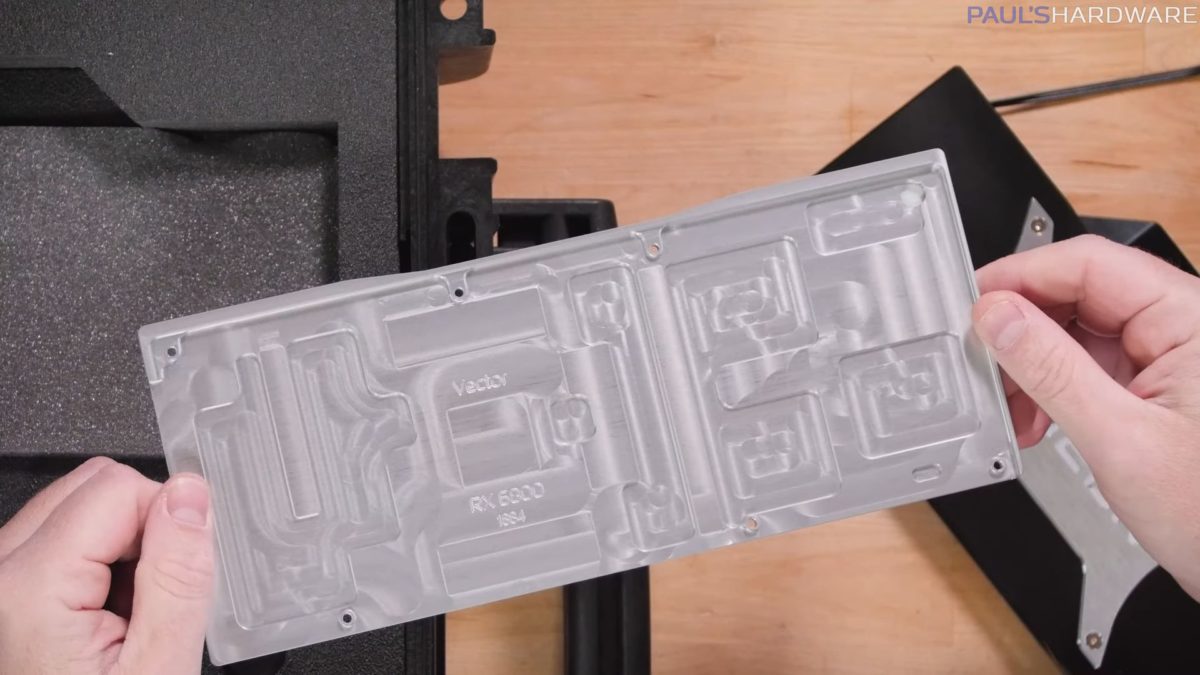 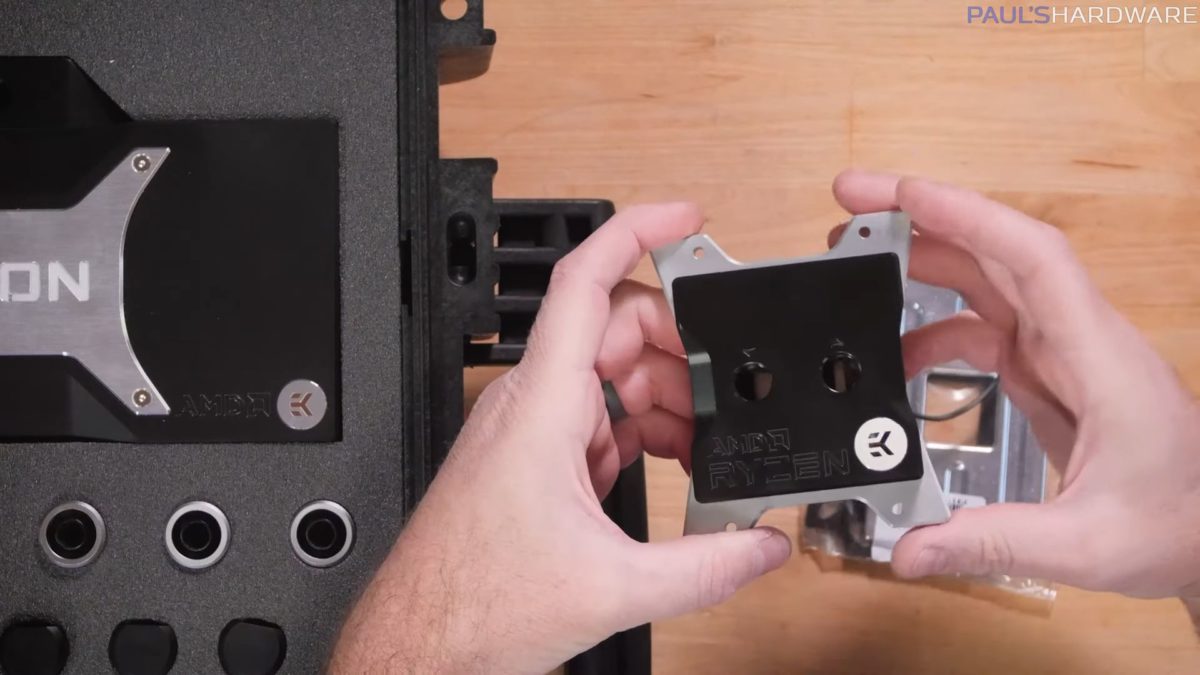 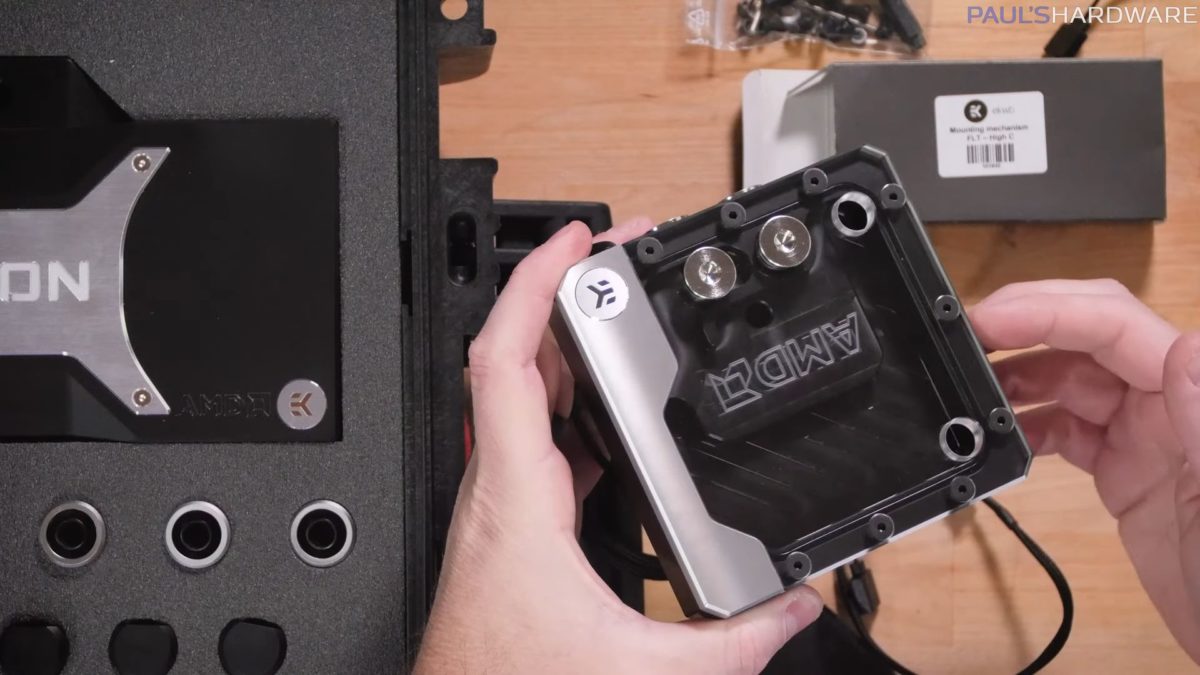 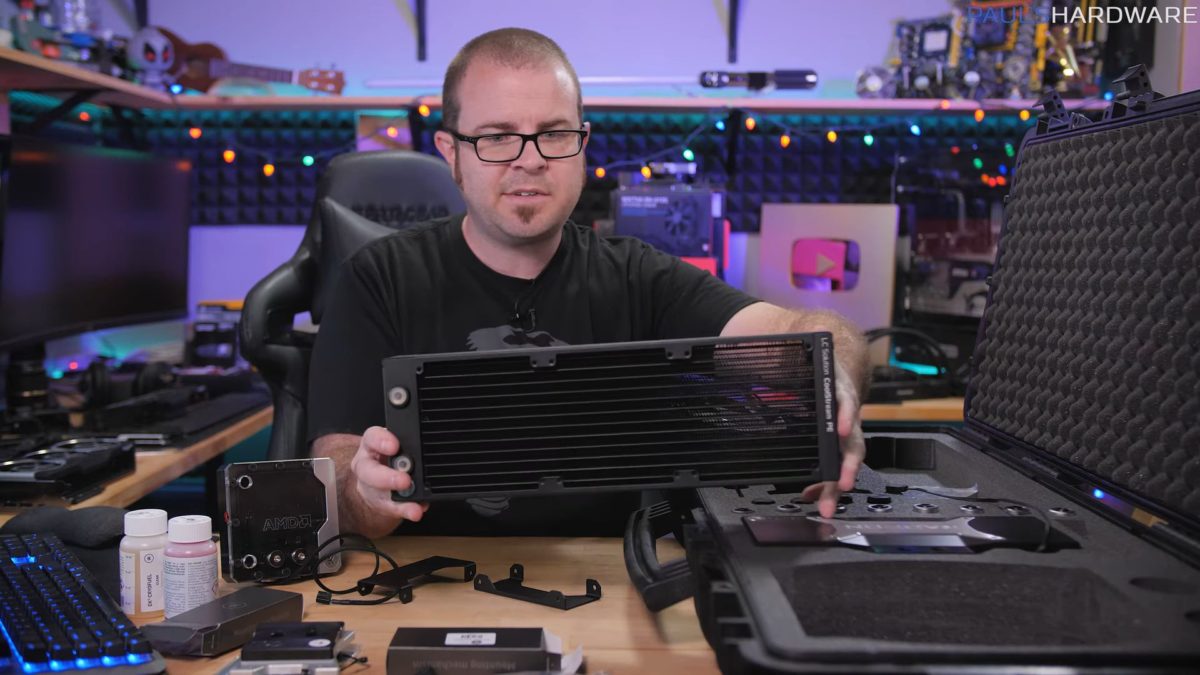 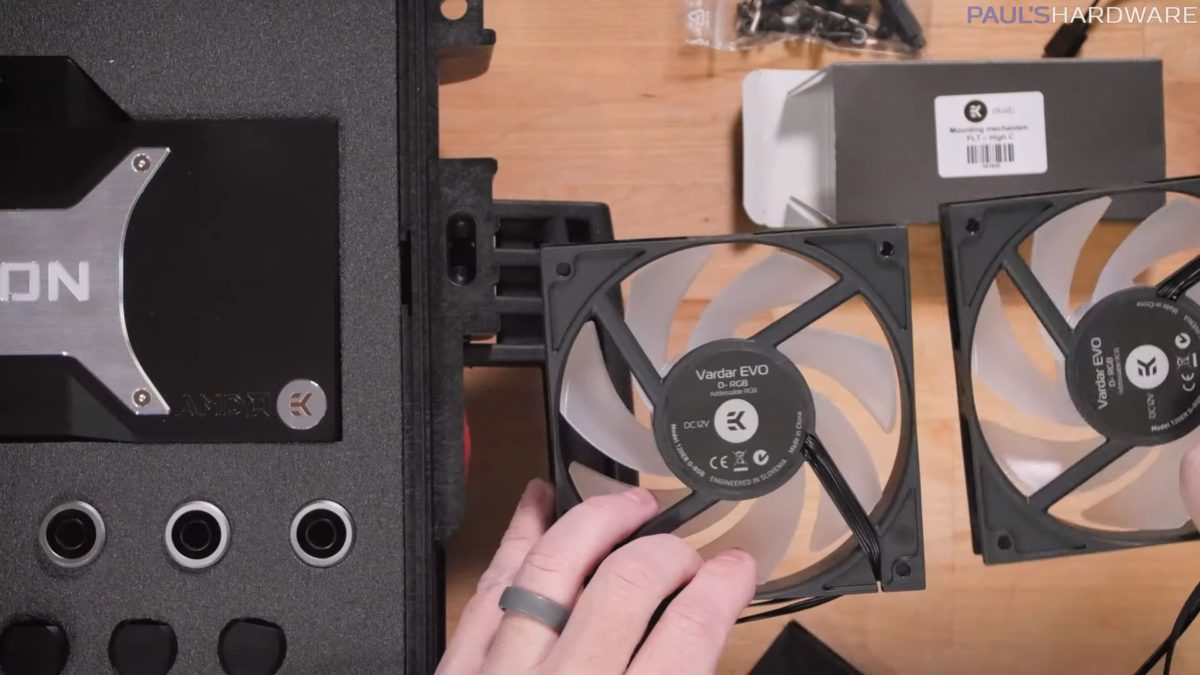