The graphics cards have become so power-hungry that their wattage often exceeds the consumption of all other components. The new generation of NVIDIA and AMD graphics cards require efficient cooling solutions often combining triple-slot and triple-fan coolers, with the meaningful alternative being liquid cooling.

The NVIDIA GeForce RTX 3090 graphics card has memory chips on both sides of the PCB. Thus all RTX 3090 models ship with a backplate to ensure proper cooling of this 24GB of precious memory. EK has a new solution for this problem, an active backplate that essentially is a separate water block.

The design is compatible with RTX 3090 and RTX 3080 SKUs. Judging from official pictures it is likely the NVIDIA reference design (not to be mistaken with Founders Edition). The solution combines two water blocks installed on both sides of the graphics card, essentially sandwiching the GPU under a massive liquid cooling solution. 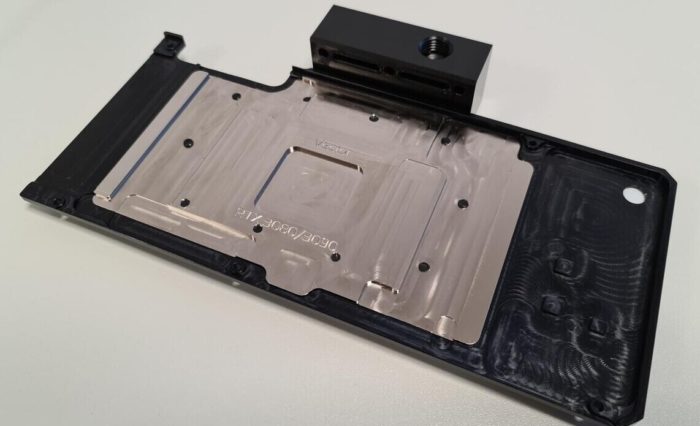 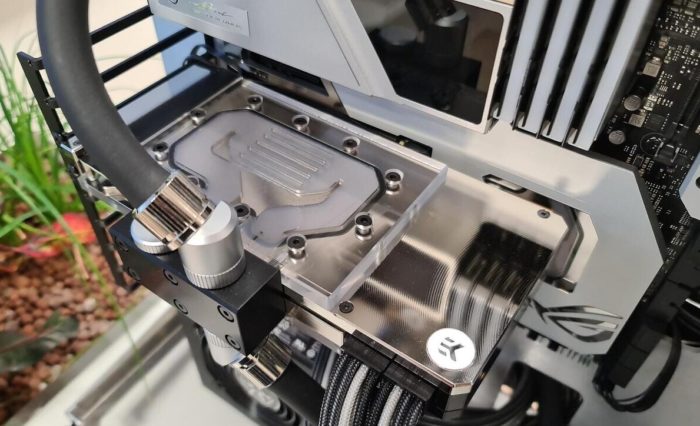 To show that they are still the king in the ring when it comes to custom loop PC liquid cooling, during the EXPO, EK will also show their approach to active backplate cooling for graphics cards. They have the first proper active backplate cooling solution that is integrated seamlessly, in a way that doesn’t require awkward soft tubing connections.

Since the PCB itself is basically a huge heatsink – it has several layers of copper that make up all electrical traces – it is great at absorbing heat from all of the components on the PCB. Removing excess heat from the PCB will lower the overall temperature of all the components on it, even those that are not directly cooled.

With the newest power-hungry GPUs that have their components densely packed, every additional cooling is very welcome since lower temperatures also allow higher overclocks and more GPU boost. And with flagship graphics cards, like the RTX 3090 that has video memory placed on the PCB’s backside, it makes even more sense to use additional cooling.

Another thing is the benefit of thermal pads between the PCB and the backplate since it reduces coil whine. Thermal pads act as absorbers – they are soft and could lessen the coil whine caused by the vibration of the inductor coils. Having a small water block on the backside of the GPU makes the whole assembly sturdier compared to only having a standard backplate, which in turn acts as a better absorber of vibrations.