The tool could be very useful to those waiting for a new DLSS iteration to be implemented into the game. As game developers tend to be slow in updating libraries and NVIDIA not providing an easy way to update the library manually, gamers alike discovered that it is often possible to replace the library with a newer version without any issue, simply by replacing the files.

However, it should be noted that some games reportedly have issues with manually replaced DLSS files. Tinkering with game files that have an anti-cheating mechanism in place is also not a good idea. In any case, this tool should only be used for research purposes, not as a permanent solution to keeping DLSS games updated to the newest version, although there is nothing preventing you from doing that. 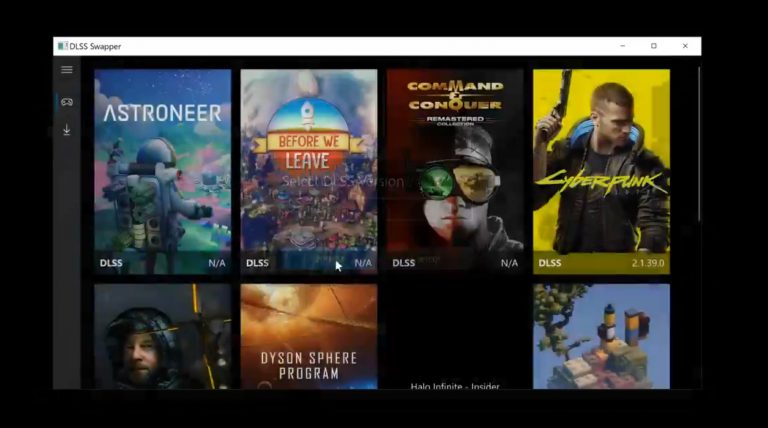 The tool relies on the TechPowerUP DLSS database, which began collecting the latest libraries as soon as new iterations were discovered to offer better image quality over previous versions. Users can also manually add a new library should the file supplied by TPU were outdated. Gamers and testers interested in this tool should as always, be very cautious when replacing DLL files themselves. Brad has his own version tracker of all DLSS versions with annotations which game was the first to see this implementation.

Do note that there is no public executable available, which means that the tool has to be compiled manually.

My #dlss swapper tool is finally coming together. Just need to make it verify dll hashes for a touch of security and I'll probably go full send on it. (ping @Dachsjaeger) pic.twitter.com/Fesco4ybKh