It appears that another 10-core Intel processor is coming very soon.

Around two weeks ago we covered a leak from Geekbench, where the first trace of yet unannounced Core i9 processor has been discovered. At the time it was not clear if the Core i9-10850K processor could really happen, but it appears that DigitalStorm has confirmed the new 10-core model.

Such specifications were already listed in the Geekbench leak, so there are no surprises here. Unfortunately, we still do not all the other clock speeds for Turbo Boost 2.0/3.0/All Core Turbo and so on. Although, a 100 MHz lower frequencies for base and boost are pretty much all we need to know. 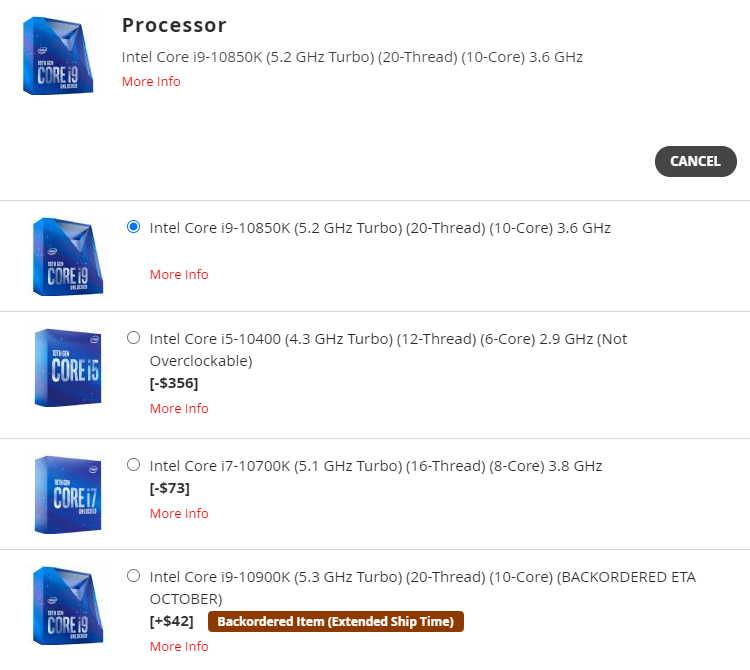