First and foremost, Igor’s leak finally confirms the shape of the CPU mounted in the socket. The rectangular shape was so far only seen in a very early photograph of the engineering sample that we leaked last year. Newly leaked diagrams also do show this design. More importantly, though, Igor revealed the exact dimensions of the socket. as well as a new thermal solution hole pattern. While the slide featuring the Socket V0 has already been shared by Igor, this time he added the table with socket hole dimensions. It appears that Intel will be going away from a 75×75 mm hole pattern to 78×78. This will definitely render some coolers incompatible, especially since Alder Lake’s new integrated heat spreader can now be installed a bit lower (6.5 mm vs 7.3mm). 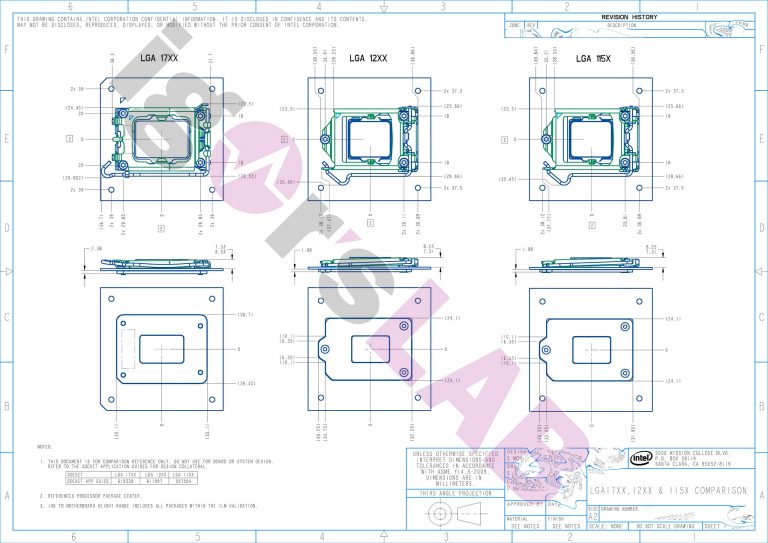 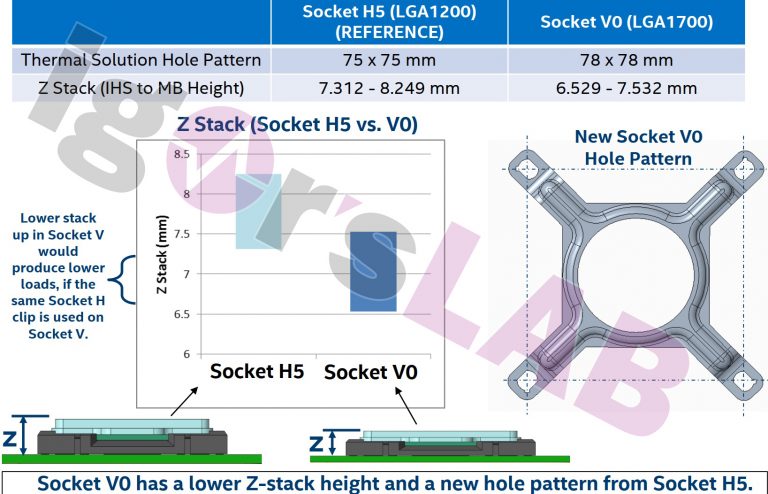 Furthermore, Igor shared important specifications of the new recommender cooler, including minimum, recommended, and maximum pound forces. This table (shared in exact copy) also mentions the mysterious LGA-18XX cooler that we reported on over the weekend.

An LGA1700 socket render with CPU preinstalled appears to confirm the rectangular shape of the new 12th Gen Core series: 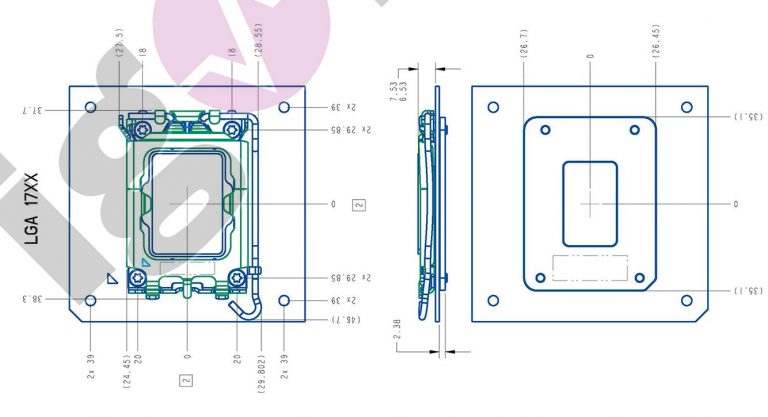 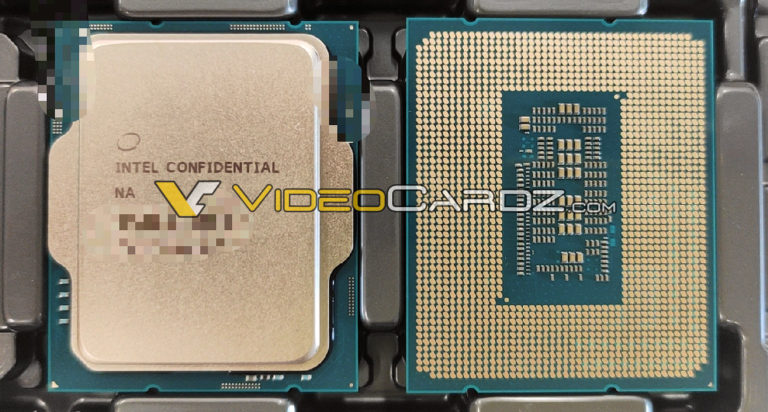 Some diagrams even show a recommended ATX motherboard layout with necessary leave-out areas. This is also important to cooling manufacturers, as they need to ensure their cooler will not touch any other component. 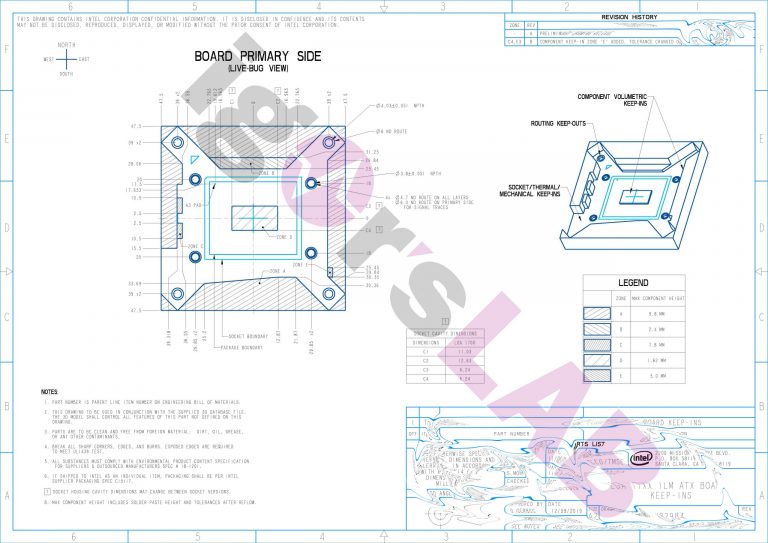 A 3D render of the socket itself has also been shared. This diagram shows how the pins will be position on the socket. It appears that the socket will be split into two L-shaped pin areas. It matches the pad layout on the engineering sample, a photo of it is attached above. 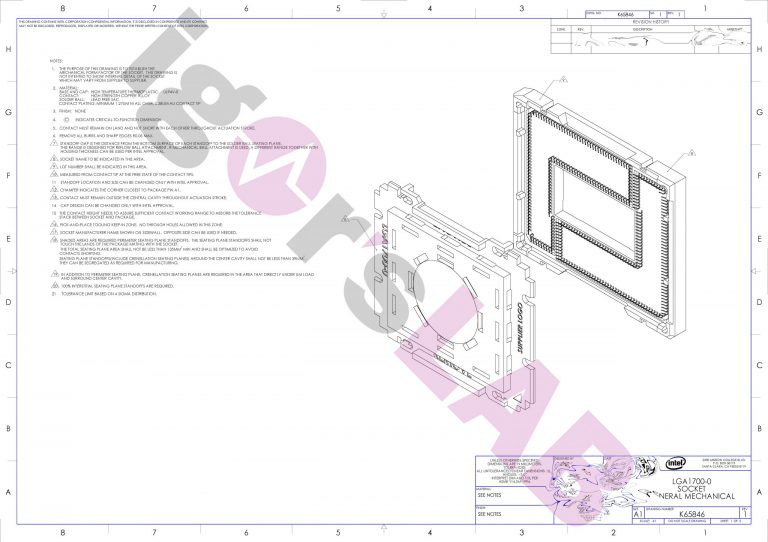 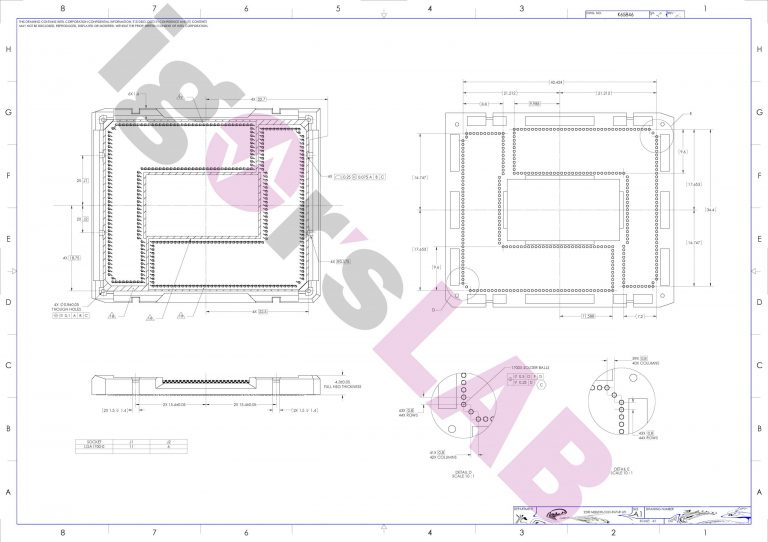 Intel Alder Lake-S series is now set to debut in few months. Intel did not reveal the official launch date yet, but rumors seem to suggest it may arrive in the fourth quarter. Obviously, at this point, we should expect to see 12th Gen Core series performance leaks any moment now. From what we learned, qualification samples have been distributed and are now extensively tested on new 600-series motherboards.