Despite Apple’s claims, M1 Ultra GPU is not as powerful as RTX 3090

Apple may need to reconsider its M1 silicon marketing.

The company was claiming that their newest chip called M1 Ultra equipped with 64-core GPU is as good as high-end desktop GPU while consuming 200W less power. As proven today, this claim couldn’t be further from the truth.

Apple Mac Studio with M1 Ultra chip is a small form factor computer designed for content creators. The M1 Ultra is the newest chip from Apple, featuring two M1 Max chips attached to each other, offering 21 TFLOPs of graphics compute power. The GPU has access to a very large cache of 128GB of unified memory, which is 5.3x times more than NVIDIA’s most powerful consumer GPU: RTX 3090.

This graphics card specifically was targeted by Apple marketing when the company claims that their chip is offering identical performance in ‘industry-standard’ benchmarks, while consuming less power.

Today Apple lifts the embargo on Mac Studio reviews. The tests conducted by The Verge have shown that M1 Ultra is no match for RTX 3090 system. Apple Silicon fails to offer better performance in gaming and compute tests featuring OpenCL API. 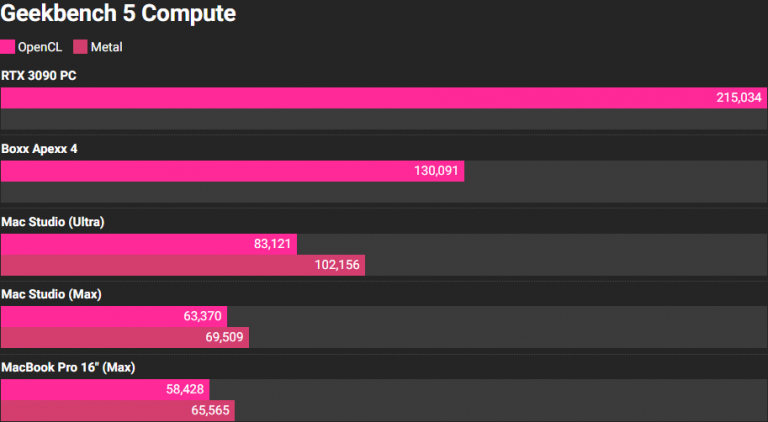 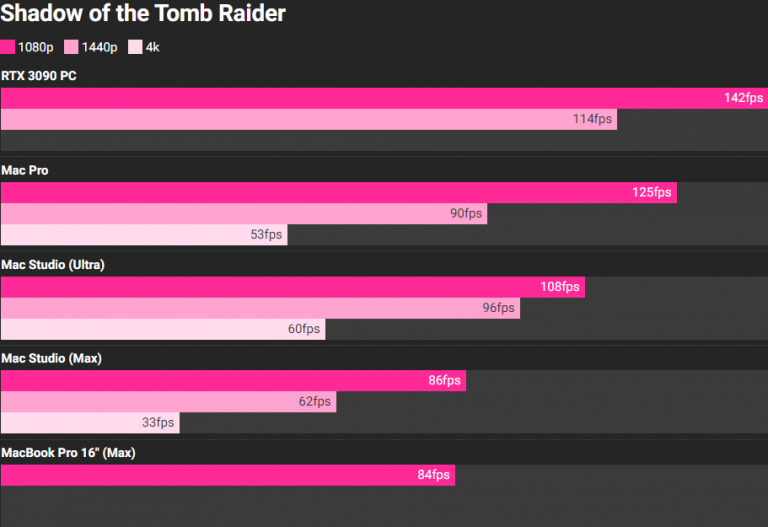 The Mac Studio system tested by The Verge is the most powerful version offered by Apple, retailing at 6199 USD. This system has 20-core CPU, 64-core GPU and 128 GB of memory. The RTX 3090 with its recent price drop at retailers, will cost considerably less. Those looking for the best performance may consider waiting for the RTX 3090 Ti though.