External GPUs have evolved greatly in the past few years. This topic is not very popular among hardcore gamers because chances are most of them will use powerful desktop PCs or gaming laptops with water cooling to achieve the best performance. The eGPUs are designed for casual gaming and people with lightweight laptops that would sometimes want to play more high-fidelity games or use the compute power for more advanced workloads.

There are many methods to eGPU to such systems: Express Cards, M.2, mini PCIe or Thunderbolt. The latter option is the most popular among eGPU fans due to its simplicity and speed. Gamers can also choose from pre-built eGPU enclosures with custom graphics cards, or make their own.

Forums dedicated to the topic are full of mid-range eGPU configurations. This is mainly because externally accessed GPUs will never perform just as good as those installed directly. The most commonly used GPU enclosure is Razer Core X which uses ThunderBolt 3 connector. Thus far there are no Thunderbolt 4 enclosures, but this upgrade wouldn’t really improve performance anyway. 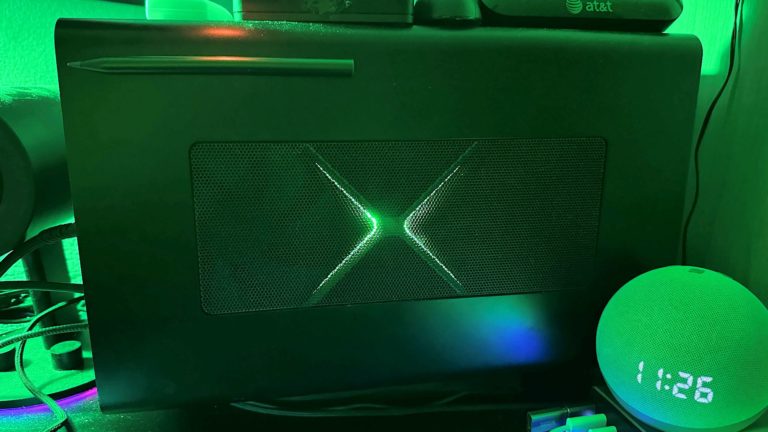 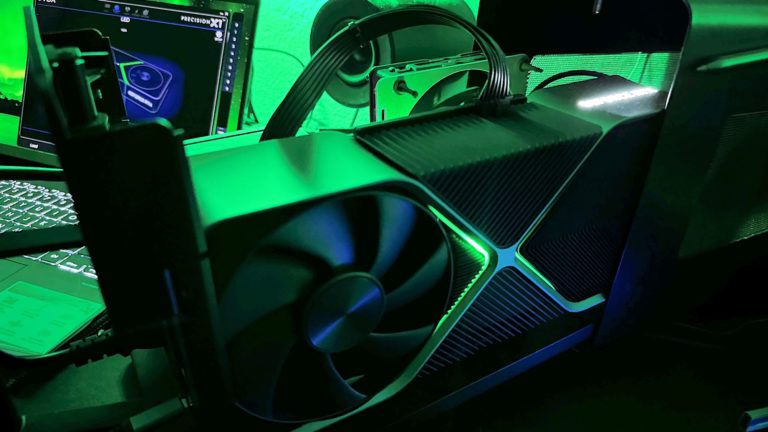 There are of course options for more advanced users, such as M.2 to PCIe Gen4 connectors that should provide better performance, but these are not plug-and-play configurations. Needless to say, it better to stick to upper mid-range GPUs or just presume that the card will lose 1/4 of the performance.

One of the members of eGPU forums has recently put a desktop RTX 4090 Founders Edition to work with ASUS Zenbook 14X Space Edition. This is a lightweight laptop equipped with Core i9-12900H processor and no dedicated GPU. However, this system supports Thunderbolt 3, which is a perfect fit for Razer Core X enclosure.

The RTX 40 series, especially the flagship 4090 SKU requires at least three 8-pin power connectors to run at 450W TDP spec. This means that a power supply upgrade was necessary.

Overall, the card may lose 20% of its performance on average when used as eGPU. This performance is of an overclocked GPU (+249 MHz on GPU, +1500 MHz on memory and at 133% power limit). It is a big performance loss, but one should remember that it is attached to a small laptop not even designed for gaming.

The only problem with this particular setup is the cost. The GPU alone costs $1600, while the enclosure is another $300. So, it is as expensive as a high-end gaming laptop itself.