Dell was forced to release an update for its premium XPS laptop.

It only took 5 days for Dell to fix something that should never be a problem in the first place. On Monday a story at Notebookcheck emerged claiming that Dell’s XPS 9510 OLED laptop suffers from poor graphics performance. The laptop in question was equipped with GeForce RTX 3050 Ti Laptop GPU, which has Total Graphics Power (TGP) adjustable in the 35 to 80W range. Dell was claiming that this laptop offers a 45W version, which as it turned out, was not true.

Upon checking on Witcher 3 gaming performance, the graphics card had quickly slowed down to 33-37W TGP range, making it actually slower than the last-gen model equipped with GeForce GTX 1650 Ti GPU. To make matters worse, this issue also affected the ‘Ultra Performance’ mode, which would normally be expected to perform much better than the default mode. This wasn’t the case.

With the new Bios update to 1.4, this Ultra-Performance mode now enables higher TGP for the GPU, reaching the advertised 45W TGP. In comparison to the 1.3.2 BIOS, the update offers 43.7 FPS in comparison to 36.2 FPS, resulting in a 20% difference. 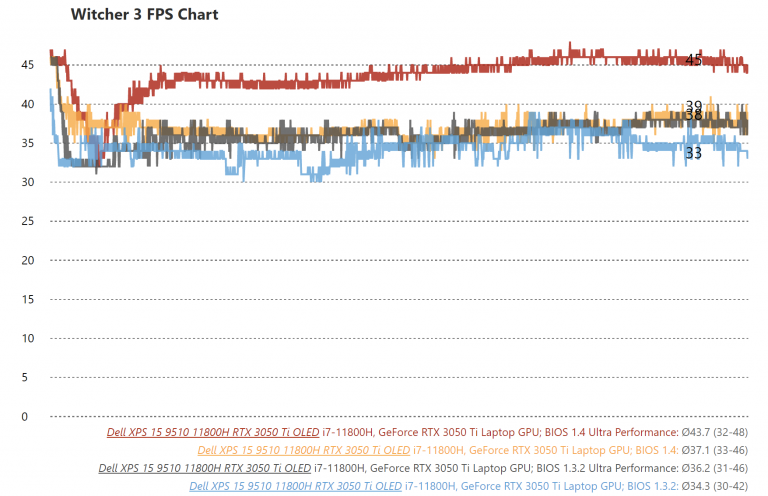 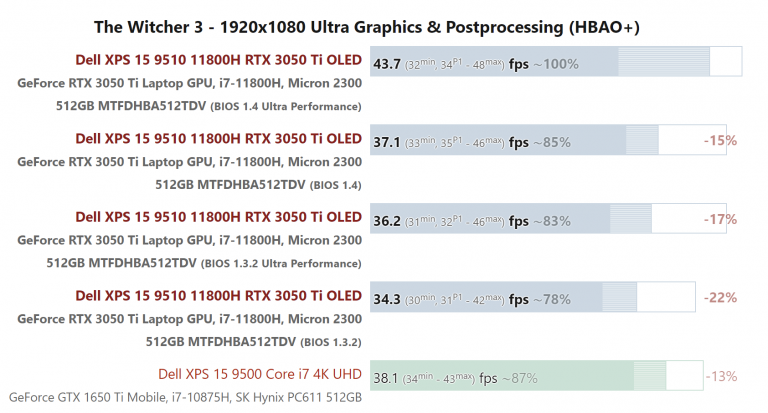