Not very often we get to see up close an OEM graphics card from a pre-built system.

A Reddit Hardcorex has uploaded photos of the Radeon RX 6800 XT graphics card that is being used by Dell Alienware systems. Those pre-built gaming PCs also come with high-end graphics cards which are not always visible through closed chassis. One of such system is the new Alienware from Dell.

Dell Radeon RX 6800 XT is a triple-fan and dual-slot. The cooler design does remind us of the Radeon VII featuring Vega 20, but we have already seen a much better-looking implementation of VII’s design by LENOVO for their Legion prebuilt systems. It is a very plain design with PCB without any marking or logos. In fact, the color of the PCB may surprise some of our readers, because not very often we get to see green PCB, even in ultra-cheap models. 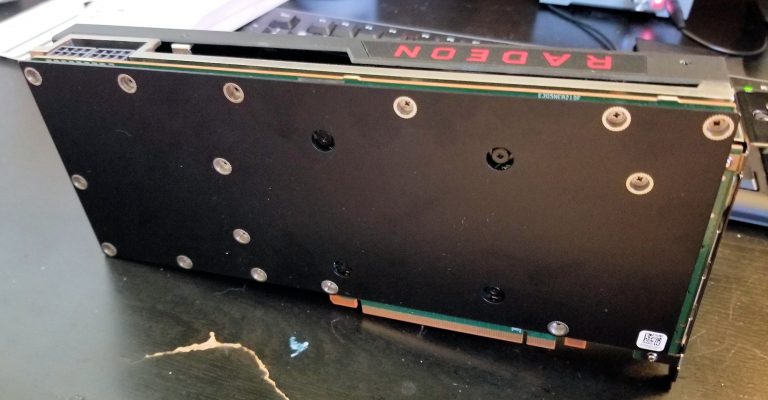 Those who looked a little bit closer might have noticed that Dell’s RX6800XT PCB is marked as MS-395 Ver 3.1. The MS means that the board was designed and probably also manufactured by MSI. This version of PCB might later be used by MSI for other graphics card such as Ventus series, however, at this moment MSI only offers GAMING X TRIO, which features MS-395 Ver 2.1 PCB: