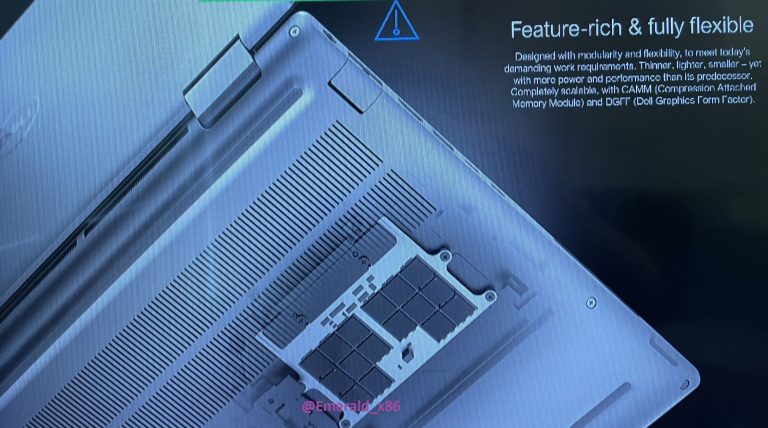 This is actually a follow-up to our yesterday’s story about Dell Precision laptops. The leaker Emerald_x86 provided more information on the devices, such as the fact that they ship with 16:10 4K OLED screen. More importantly, however, they will ship with Intel’s new Alder Lake-HX processor series, previously listed as “Muscle segment”. Those are based on desktop silicon, featuring up to 16 cores.

Furthermore, the specs mention CAMM, which is Dell’s memory module form factor for DDR5 4800 MHz kits. Judging from the photo posted above, a single CAMM module would replace two SODIMM modules. That would undoubtedly save space for other components, but would prevent customers from choosing an established DDR5 standard and probably lock customers to components exclusively from Dell.