More than a year ago, Tweakers leaked a roadmap outlining the future of XPS laptops featuring Comet Lake-H processors. That roadmap revealed that Dell is planning to revive its 17-inch XPS line.

As we approached the launch of the Intel 10th Gen Core CPUs, more leaks on the new XPS series started to appear. Dell XPS 17 9700, as spotted by _rogame, allegedly features Core i7-10750H processor (6-core) and DDR4-3200 Memory (running at 2933 MHz). Unfortunately, the listing did not reveal details on discrete graphics, but it was long suspected that it should feature an NVIDIA solution.

According to the leaked slide, Dell Precision 5750 will offer discrete graphics up to Quarto RTX 3000 (6GB). It is said that the XPS line will be very much alike Precision. The XPS version would also offer a TU106-based graphics card, except it should be GeForce RTX, not Quadro. The XPS line should also use non-EEC memory and lack Xeon CPUs as an option.

However, the most interesting part of the Precision laptop leak is the screen. The Precision 5750 will have IGZO 16:10 display. This means that the XPS should also have such a display. That, of course, wouldn’t be surprising as XPS 13 9300 already has a 16:10 display. It is so far the only 10th Gen Core XPS laptop but based on Ice Lake.

Dell’s upcoming XPS 17 9700 line is expected to be much thinner than its iconic predecessor (L702X based on Sandy Bridge). In fact, this was already proven by a leaked promo shot (attached below). If XPS 17 was to retain 92% screen to body ratio from Precision, it would be much better than ASUS’ Zephyrus S17, which has a ratio of 81% and GIGABYTE’s AERO 17 with 89%. 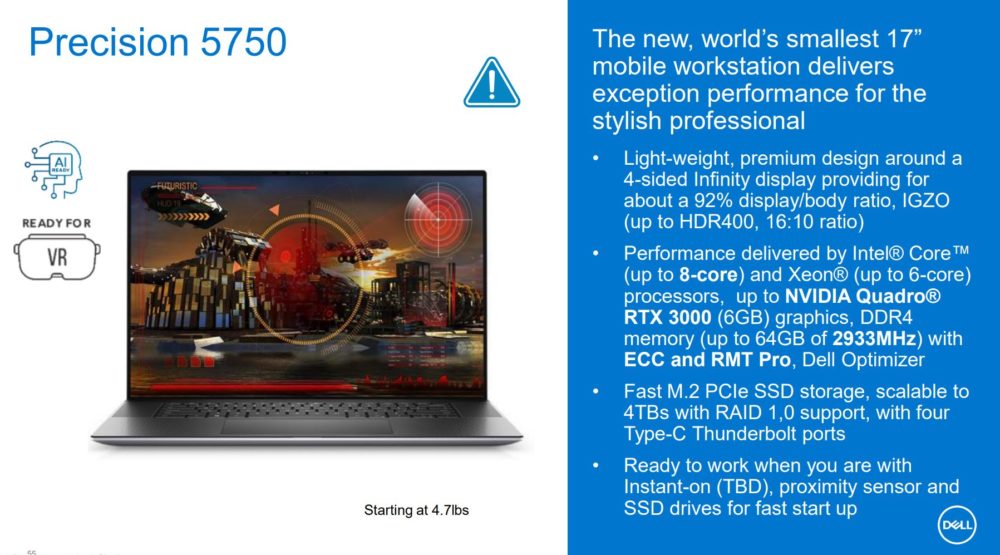 The new roadmap lists the upcoming Precision series launching in May: 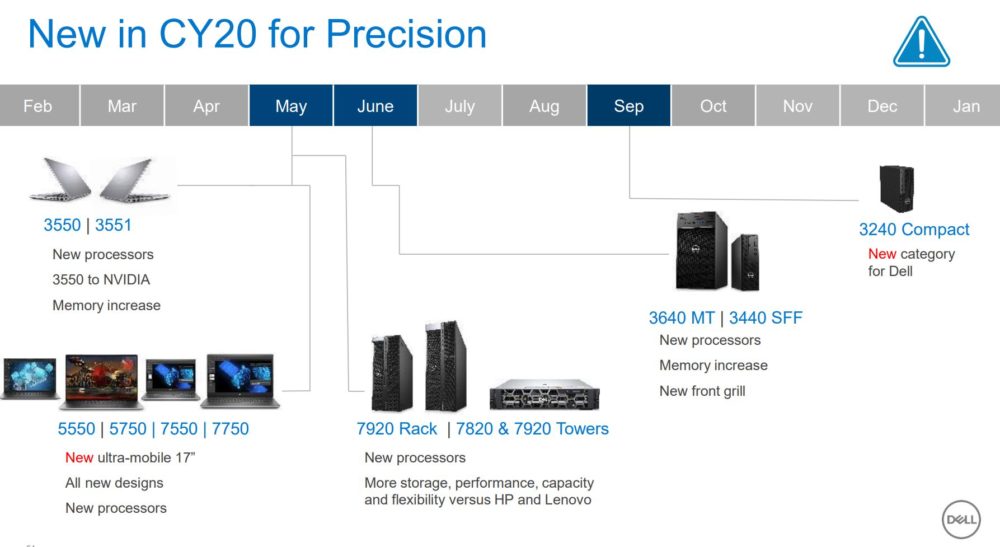 These are the photos of the 15-inch XPS 15 9500 line. The photo on the left has a glossy touch display, while the one on the right has an anti-glare display with no touch input. 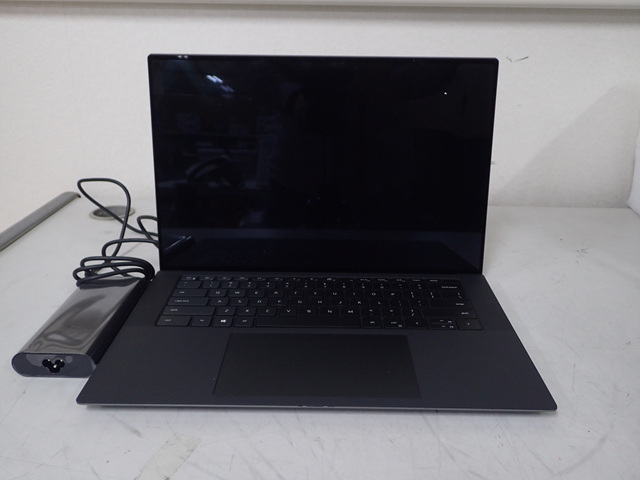 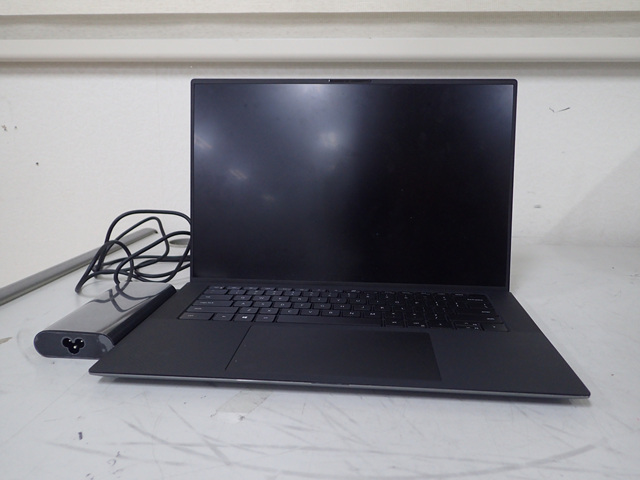