Dell introduces CAMM DDR5 memory for its new Precision laptops, up to 128GB per module

DELL’s CAMM is thinner and more capable than SODIMM, and not proprietary standard

The company claims that its CAMM modules is up to 57% thinner than conventional SO-DIMM modules. Additionally, a dual-sided CAMM can hold up to 128GB of memory, capacities currently out of reach for many workstation laptops.

Instead of using four SODIMM modules, each with 32GB of DDR5 memory, customers looking for a new workstation laptop may soon choose CAMM-powered Dell Precision laptops, which will ship with up to 128GB CAMM module instead.

PCWorld reports that this new form factor for memory will not be proprietary to Dell. The company did indeed patent it and designed most of it, but Dell’s Senior Distinguished Engineer believes it might become the next industry standard. In fact, Dell confirmed that they are not the ones making CAMM modules, and it was designed with collaboration with memory companies as well as Intel. 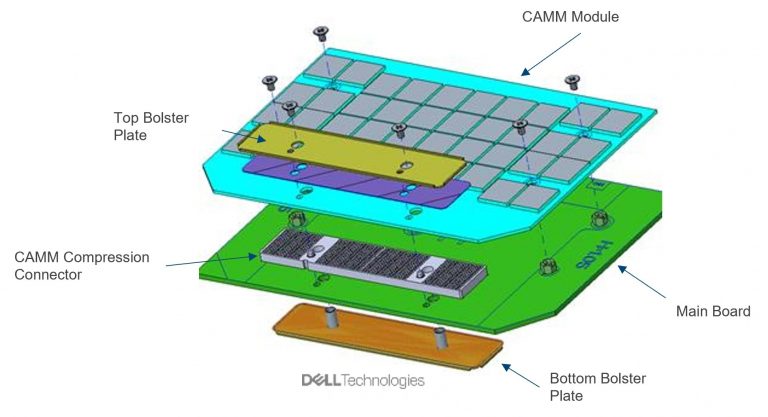 Wccftech posted real-life photos of the new modules with densely packed DDR5 chips on each side of the PCB. It appears that 128GB and 64GB modules have memory located on both sides, whereas the 32GB and 16GB CAMM modules will be single-sided. 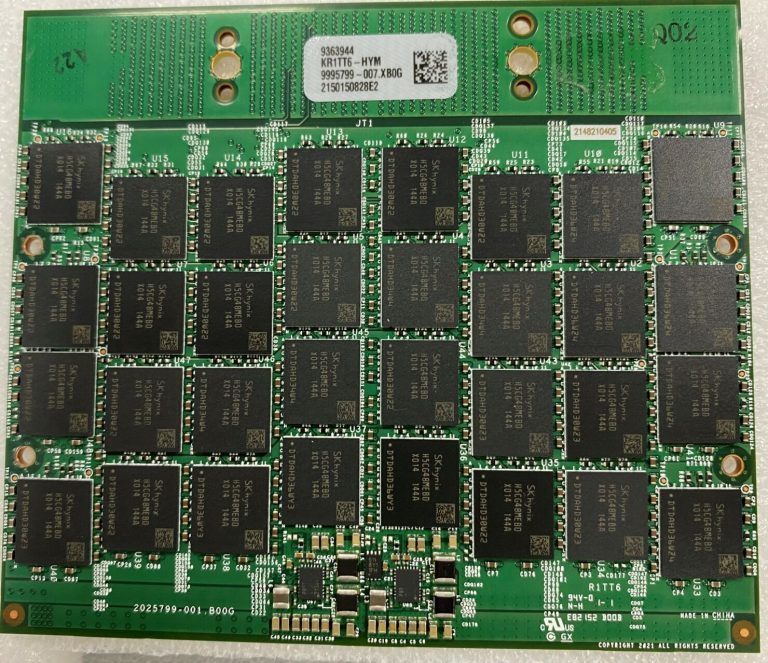 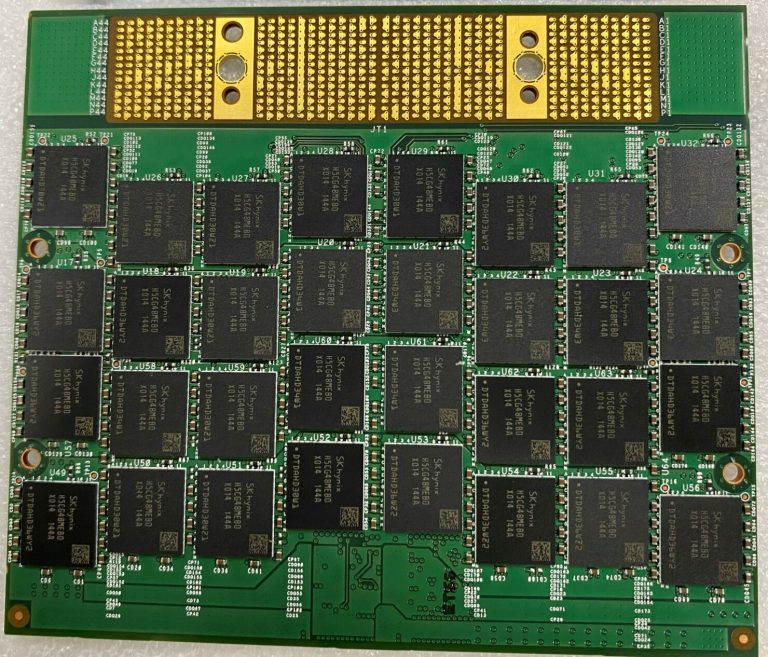 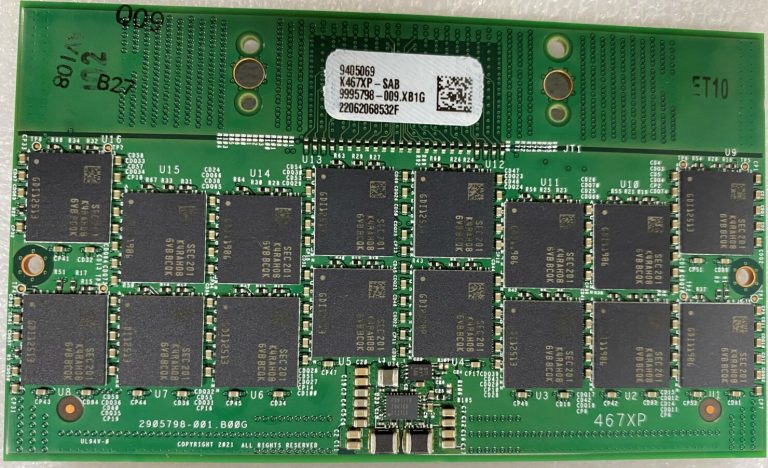 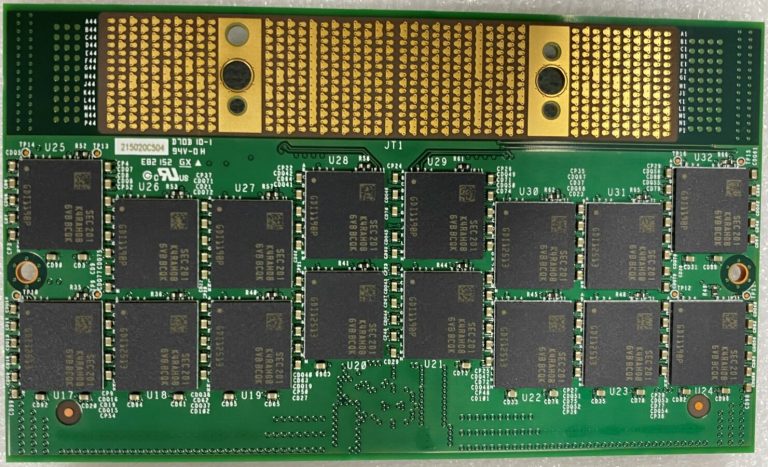 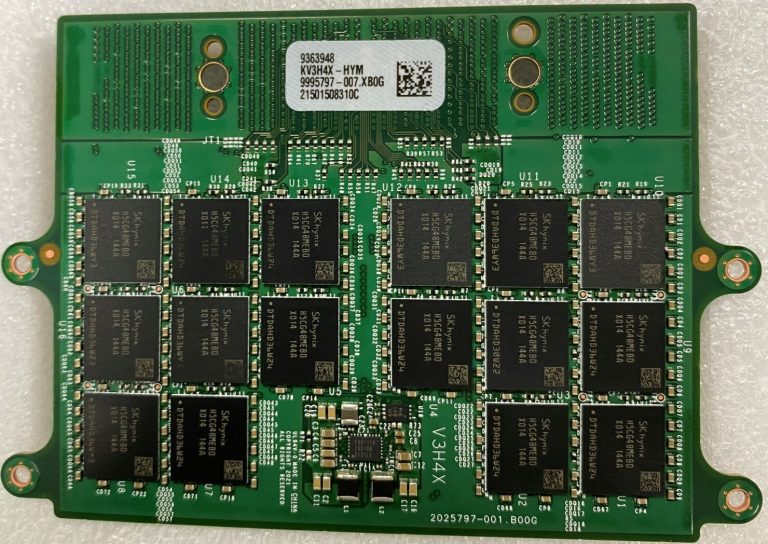 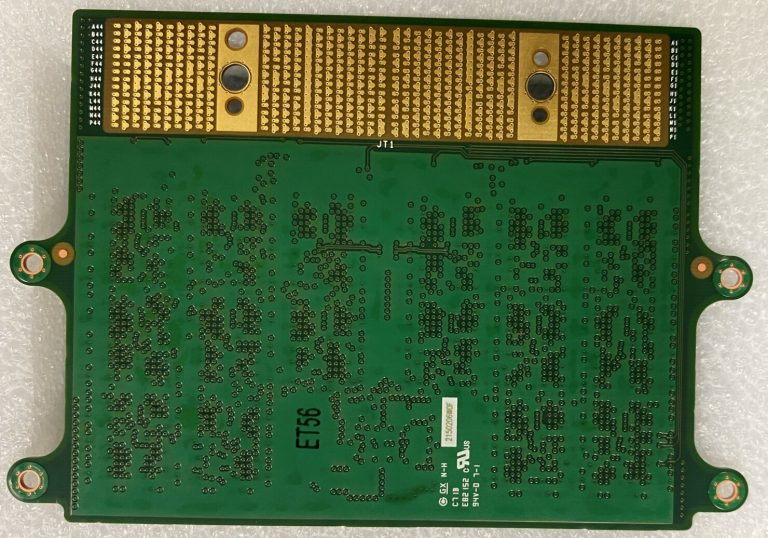 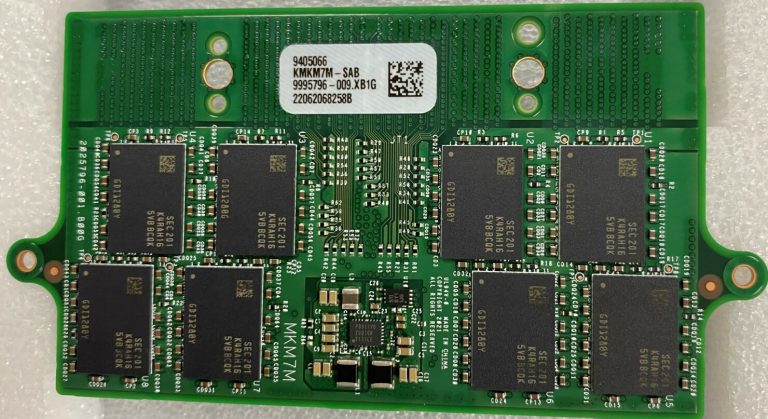 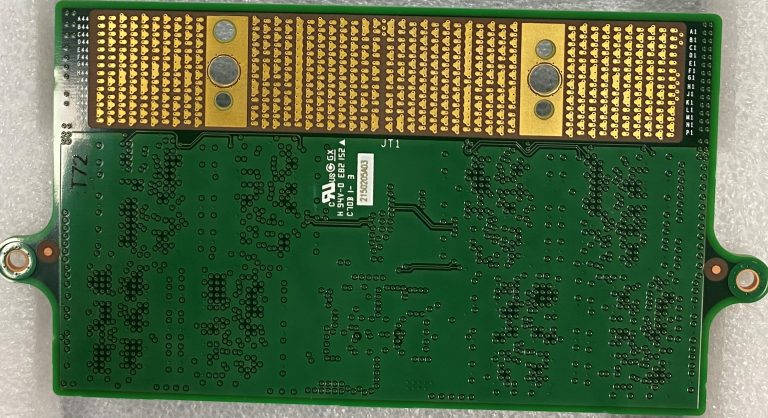 What is kind of interesting is that the 128GB module is rated at lower than JEDEC’s DDR5 speed of 4800 MHz. This capacity with CAMM will be limited to 3600 MHz instead:

Each modules attaches to the mainboard through CAMM Compression Connector, held together with top and bottom bolster plates. Dell even came up with an adapter that can house SODIMM modules, but we are not sure what is the purpose of this interposer other than in-house development. 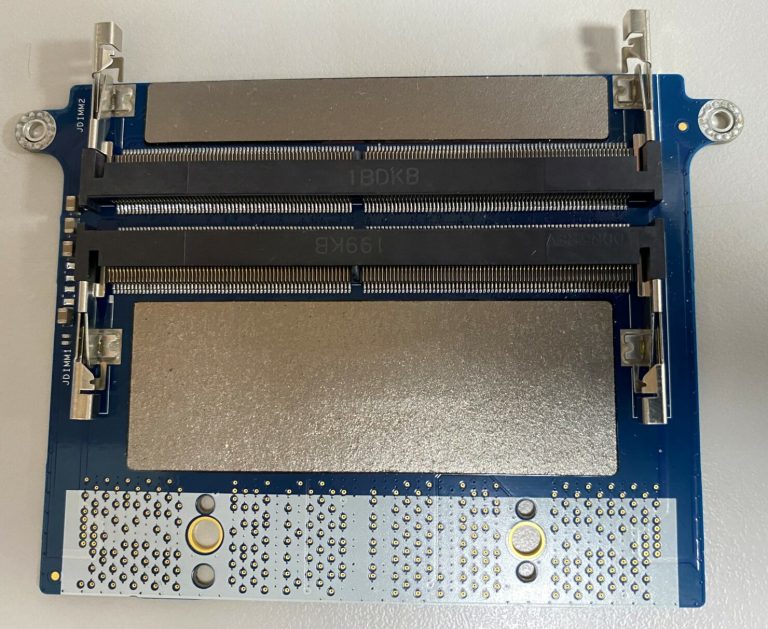 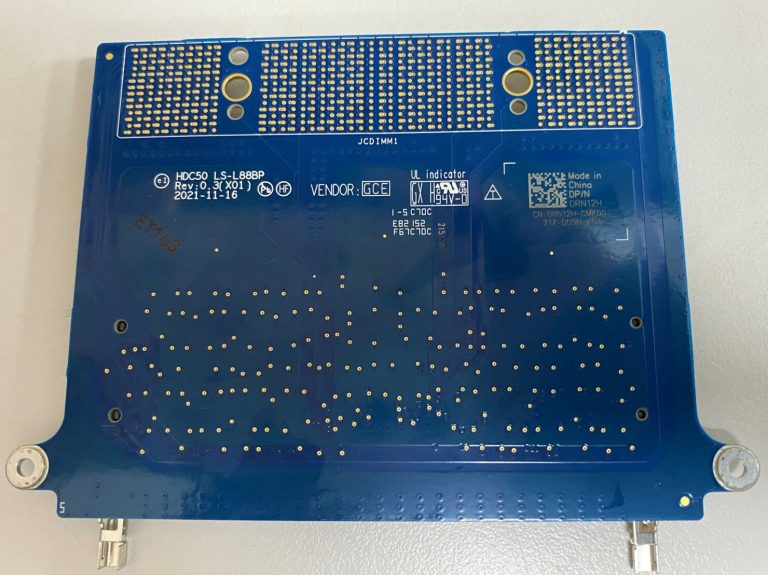 Dell laptops with CAMM technology will be available starting FYQ2 2022 according to the company. The CAMM modules will be used by Dell Precision 7770 and 7670 workstation laptops which will also feature Intel Alder Lake-HX 16-core mobile CPUs.