According to the listing, the new score was achieved with 32GB of DDR5-5200 memory while the previous score featured DDR4-3600. Such a change alone provided nearly 20% improvement in multi-core Geekbench score, but also marginally lower single-core performance. 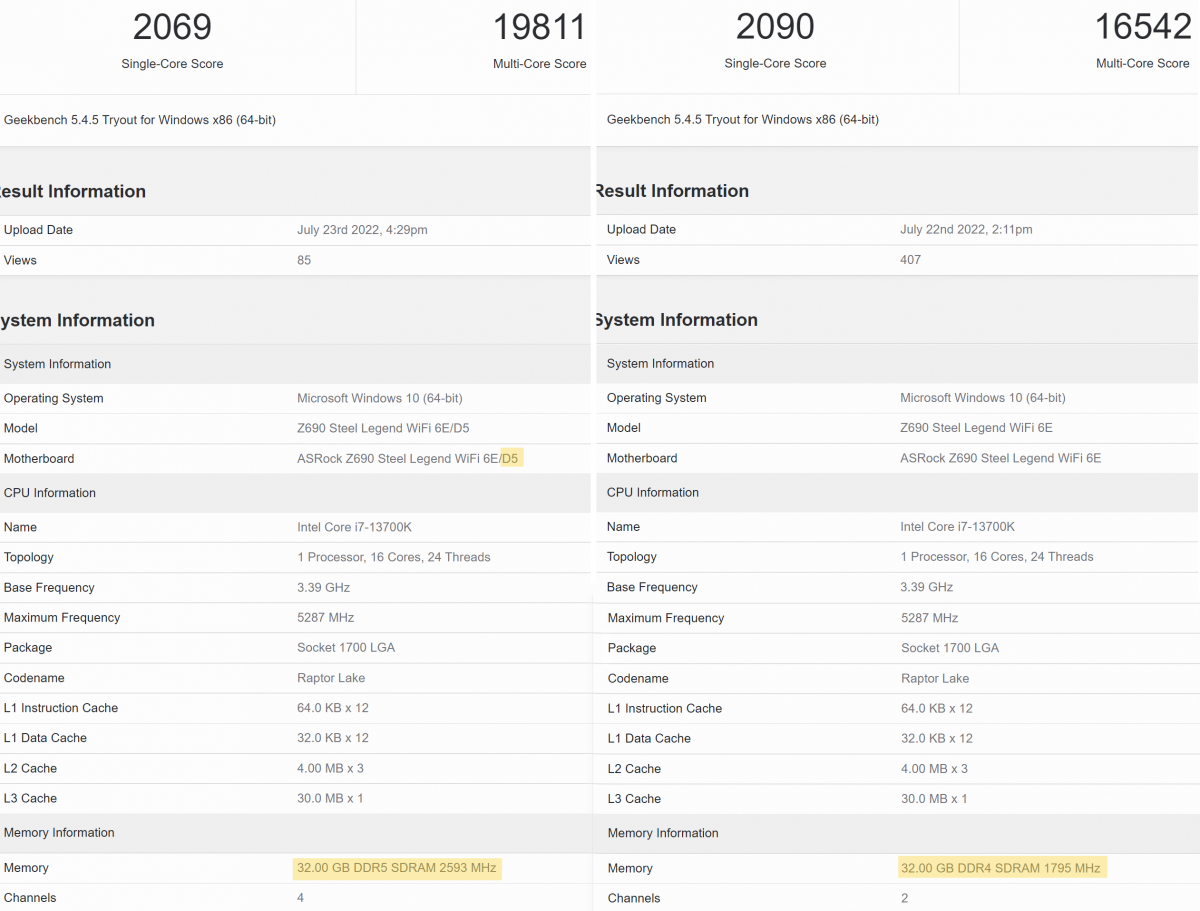 Interestingly, a very similar leak surfaced just 2 days ago, featuring 14-core Core i5-13600K CPU. Here, unfortunately, memory specs were not listed, but we do know that both tested platforms featured either DDR5 or DDR4 memory. And again, the DDR5 system was faster, although only by 11%.

Both leak show the importance of DDR5 memory for synthetic and all memory-bound tests. We are yet to see how does synthetic benchmark difference stacks up with gaming performance though.

The flagship 24-core i9-13900K has already been tested with DDR5 memory, and it now occupies the top of the Geekbench ranking. All three K-Series SKUs will be part of the September reveal and October launch with more parts coming around January next year.