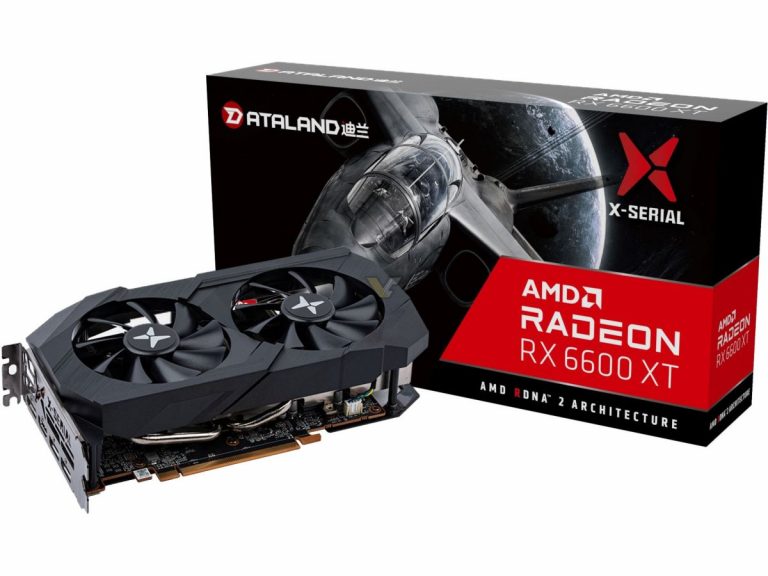 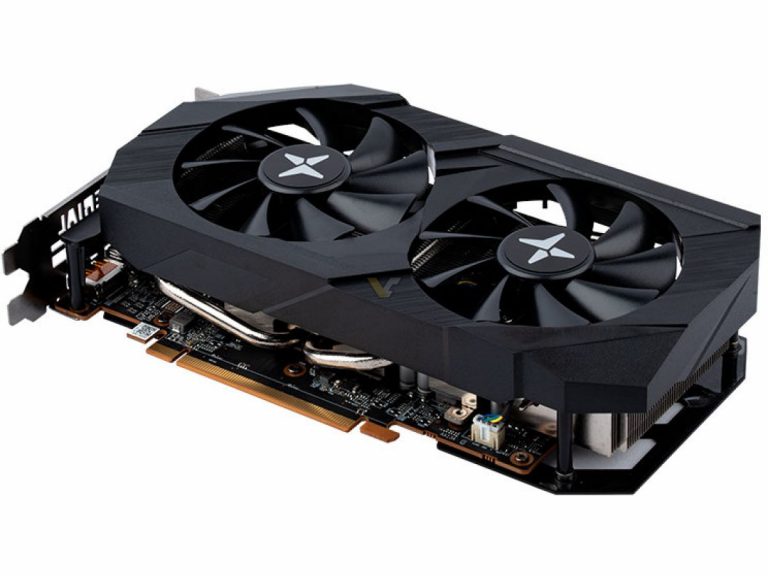 The RX 6600 XT X-Serial is now the smallest RDNA2 card from Dataland. This brand is part of the TUL group, which also owns PowerColor. Both brands do not have much in common these days though, as each features its own line of products.

The X-Serial is the higher-end series from Dataland, the company had not yet released a cheaper/slower variant for Radeon RX 6600 XT SKU, which officially goes on sale today.

Dataland RX 6600 XT X-Serial is factory-overclocked to 2428 MHz game clock and 2607 MHz boost clock. Both are cosmetic changes representing a 2.9% and 0.7% increase respectively. The graphics card is based on a dual-fan design with its own exclusive PCB layout not shared with any PowerColor model (and there are three).

AMD Radeon RX 6600 XT is a new mid-range graphics card with Navi 23 XT GPU and 2048 Stream Processors. The graphics card offers 8GB GDDR6 memory clocked at 16 Gbps. With a memory bus of 128-bit, the maximum bandwidth of 256 GB/s will limit the graphics card’s performance at resolutions higher than 1920×1080. The MSRP for this particular model is unknown, but it shouldn’t be much higher than AMD’s suggested retail price of 379 USD. Dataland only sells graphics cards in China, which means that those cards cannot be purchased elsewhere. 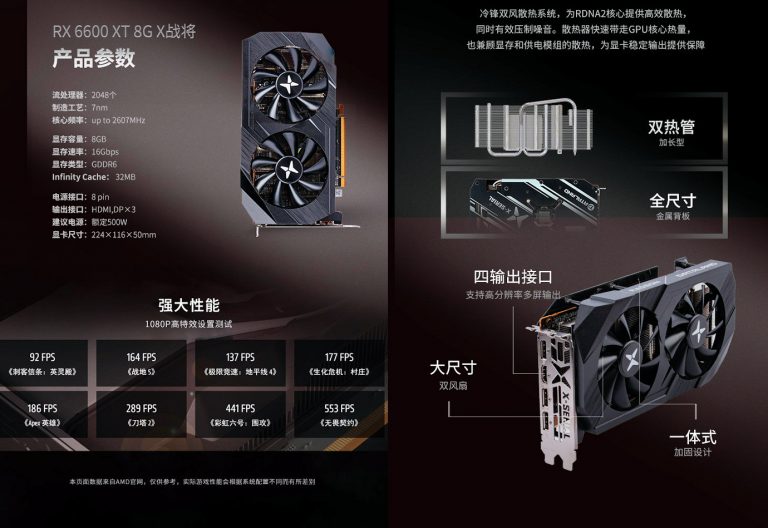 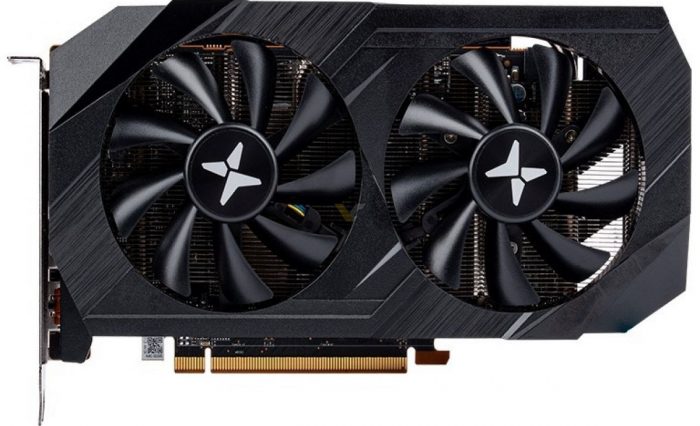 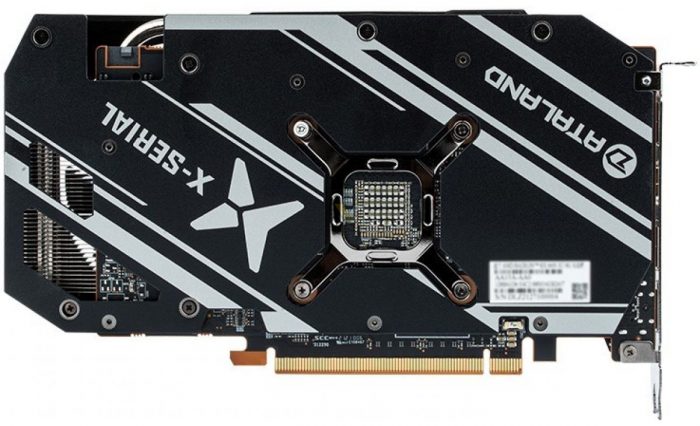 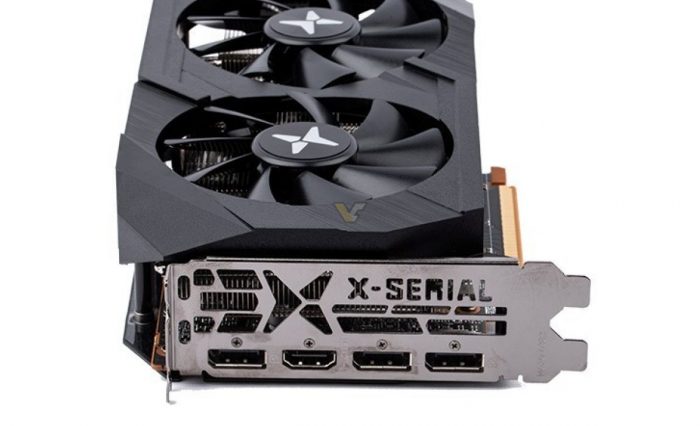