The chances of buying the GeForce RTX 30 series are close to none. Retailers have begun implementing queue systems, others rely on captchas or price increase to lower the demand.

Meanwhile, the frustration grows among customers who have no updates from either retailers or NVIDIA on their preorders. Some even wait for weeks only to see their orders canceled. Those retailers who are tired of answering emails from frustrated customers, decided to come forward with public statistics on the status of RTX 30 preorders.

Danish retailer Proshop provided detailed charts on RTX 30 series availability, the number of orders, and how many were already delivered by manufacturers. The most important information is that Proshop only received 344 GeForce RTX 3080 out of 3435 cards that were preordered by customers (that’s 10%). Presumably, those cards have already been sent out to customers. The statistics are a bit better for the 1499 USD model. Proshop received 78 GeForce RTX 3090 cards out of 283 units preordered by customers, which represents 27%. 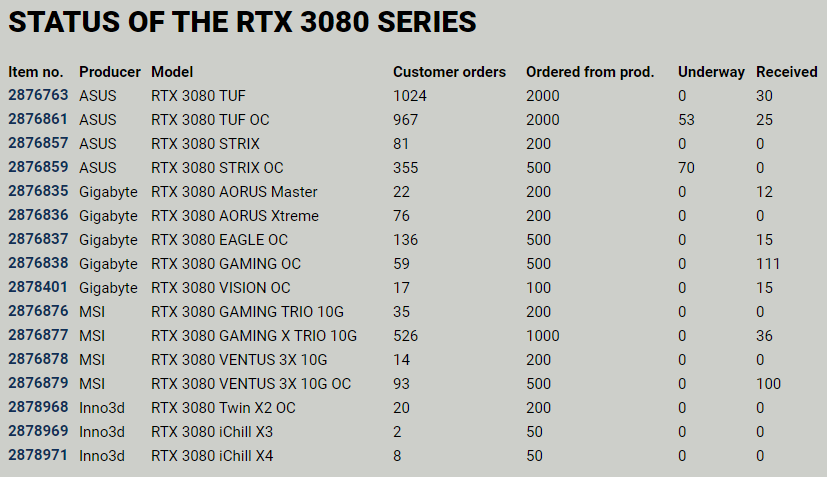 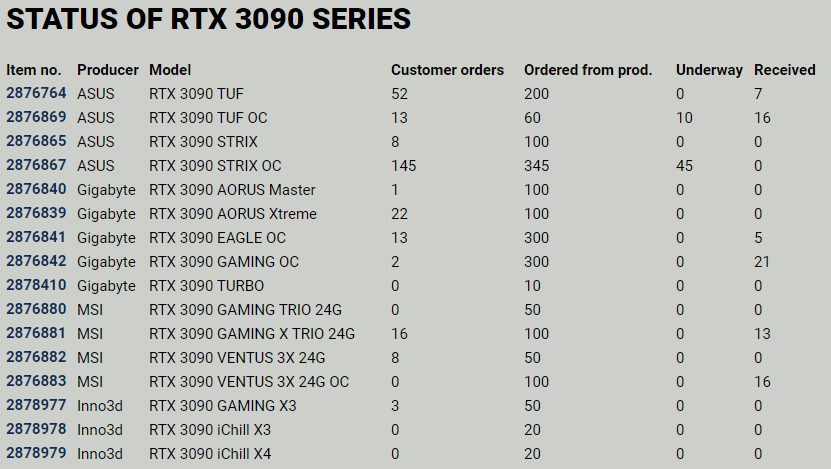 The retailer also confirmed that thousands of GeForce RTX 3070 cards were already ordered from factories. Manufacturers have already promised to deliver the first batch of 180 cards to Proshop ‘as soon as possible’. Interestingly, 20 cards were already delivered to the retailer’s warehouse. The RTX 3070 might be an even more popular choice, as the card costs 200 USD less than RTX 3080. Hopefully the postponing of the launch will allow manufacturers to deliver more cards to retailers on time.