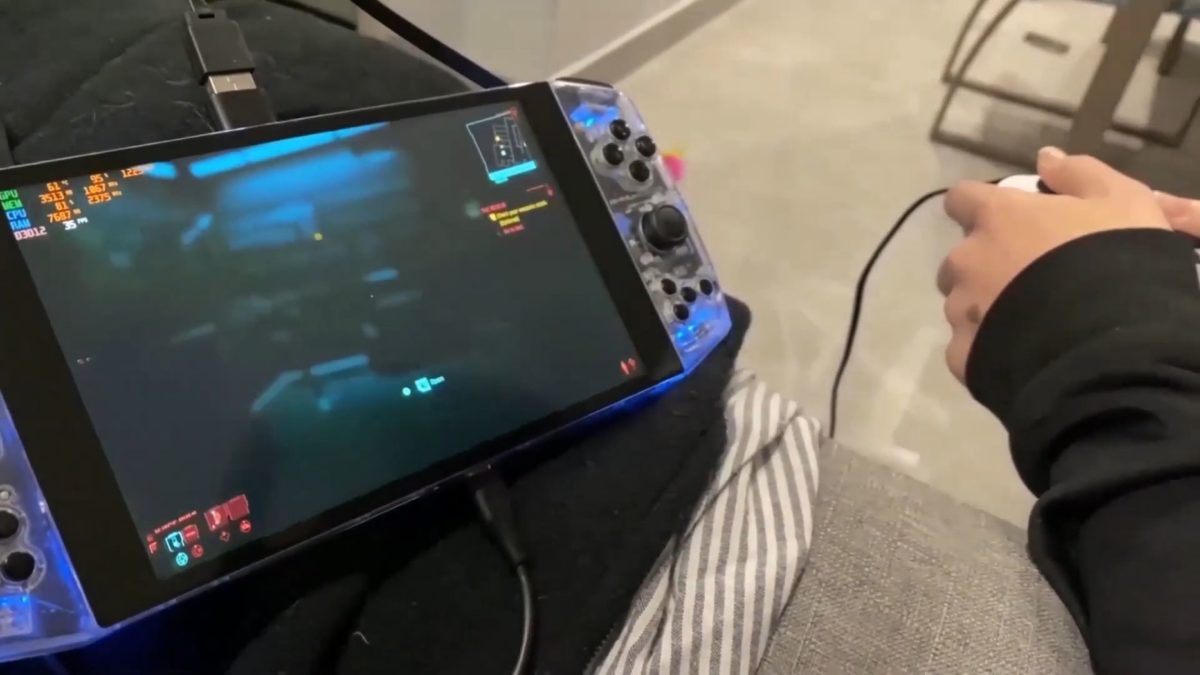 Aya Neo appears to be capable of offering 28-36 FPS throughout the demo featuring Cyberpunk 2077, the highly anticipated title that will launch on December 10th on next-gen consoles and PCs. The game settings were not shown, but they are probably set to a minimum (obviously do not expect ray tracing here). The video is not very good quality either, so we cant see how detailed the textures are in this demo.

The console features a 1280×800 screen, which is a standard resolution of most mid-range tablets. Aya Neo does not have any discrete GPU, hence all rendering takes place on the integrated Radeon Vega graphics. AMD Ryzen 5 4500 features 6 GPU cores clocked at 1500 MHz. This is not the top tier APU in the Renoir-U series and we are not quite sure why Aya opted for the cut-down model featuring 6 CPU cores and no SMT (but lack of hyper-threading might have no impact on gaming performance). The processor has a nominal TDP of 15W, but can be confirmed within the 10W to 15W range.

According to the video description with a battery of 3*4100 mAh, the console is able to offer up to 2.5 hours of gameplay with Cyberpunk 2077.

The handheld console is already available for preorder in China, but the company has not yet announced its plans for global sales, but it was mentioned that it will be offered through a crowdfunding website at some point. In terms of pricing, we are looking at 3999 Yuans (around 500 EUR/600 USD) for the base model. 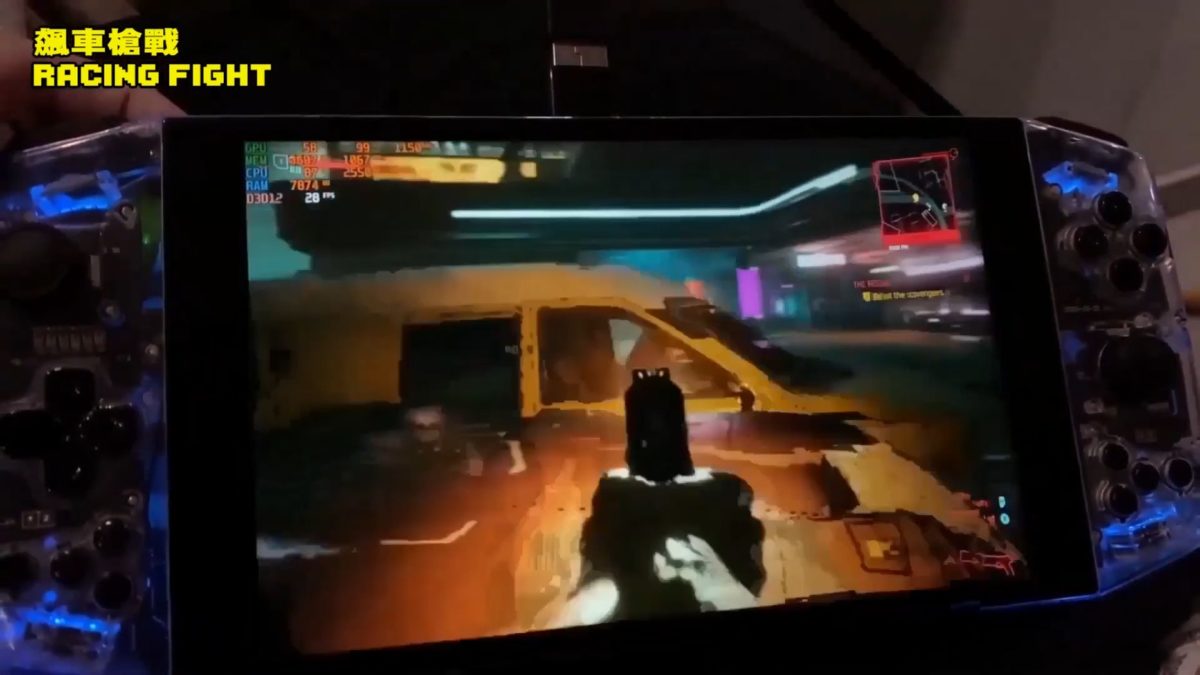 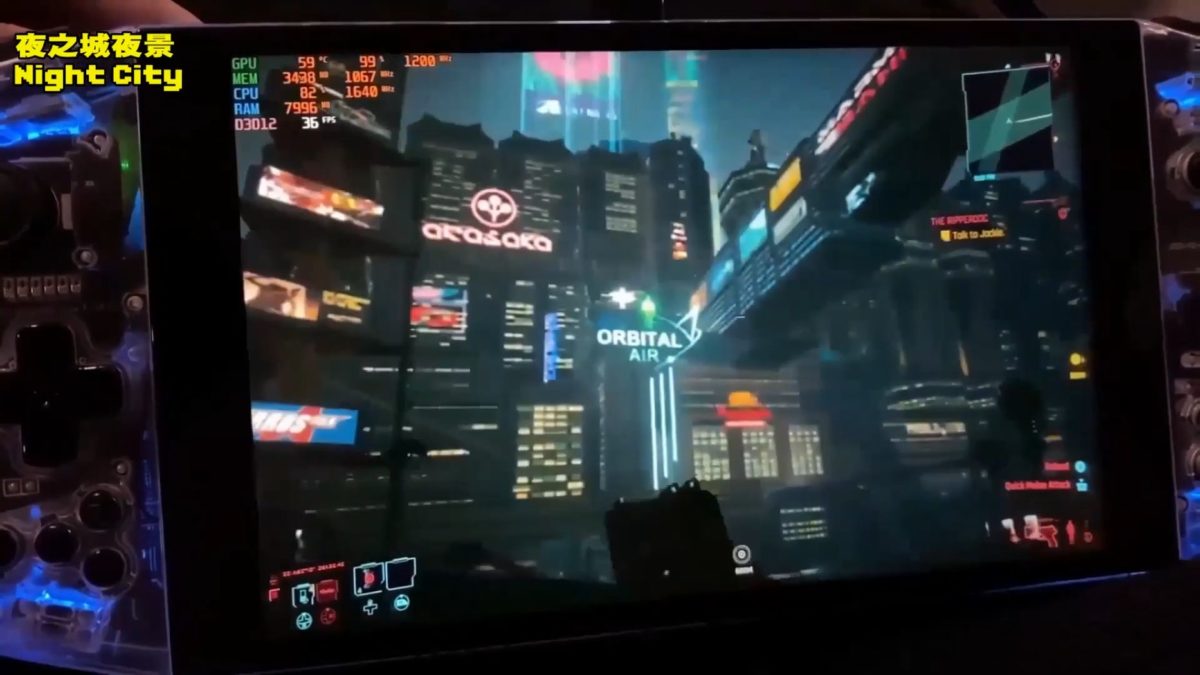 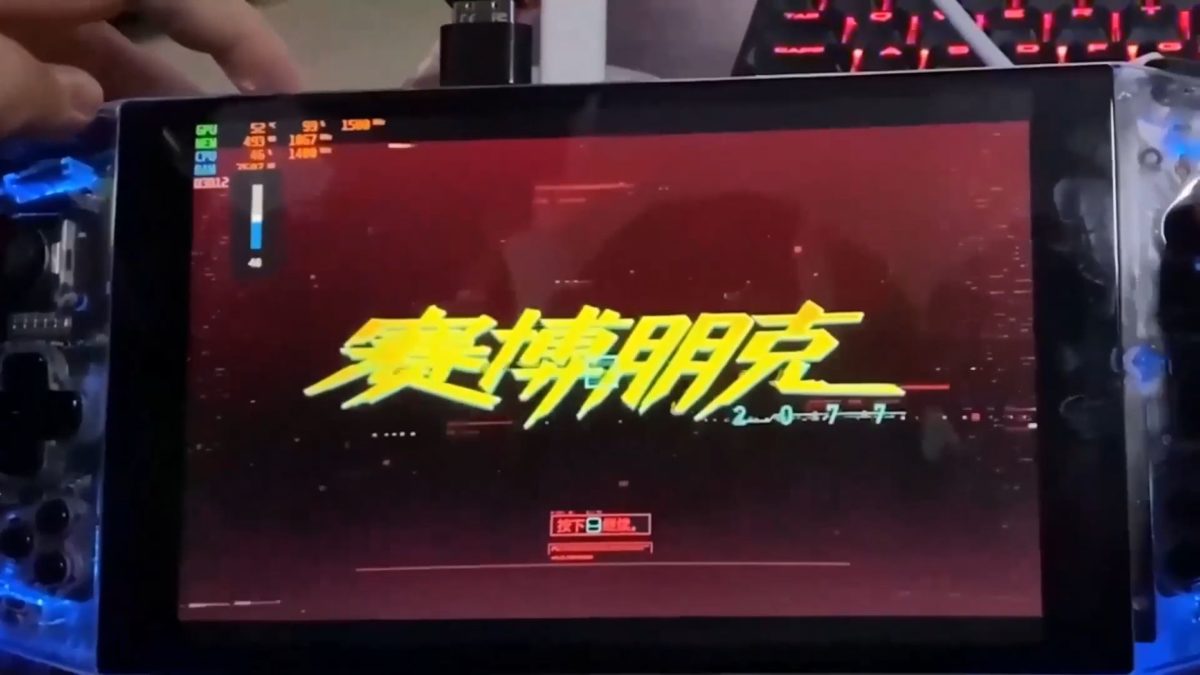 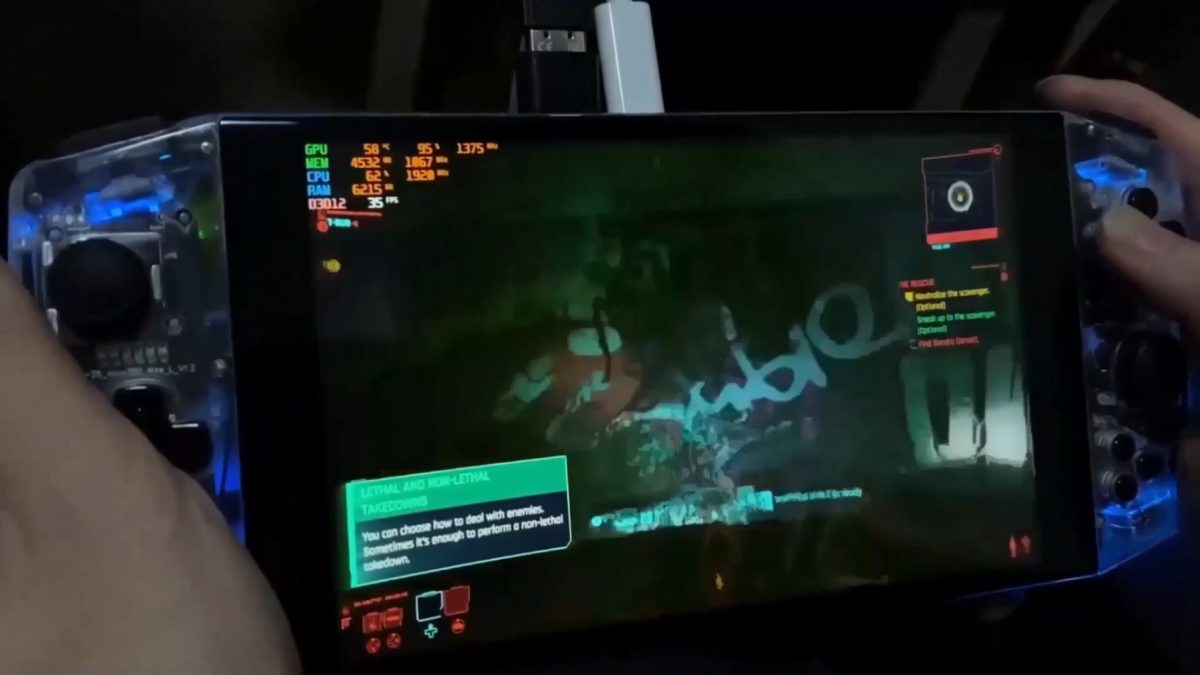 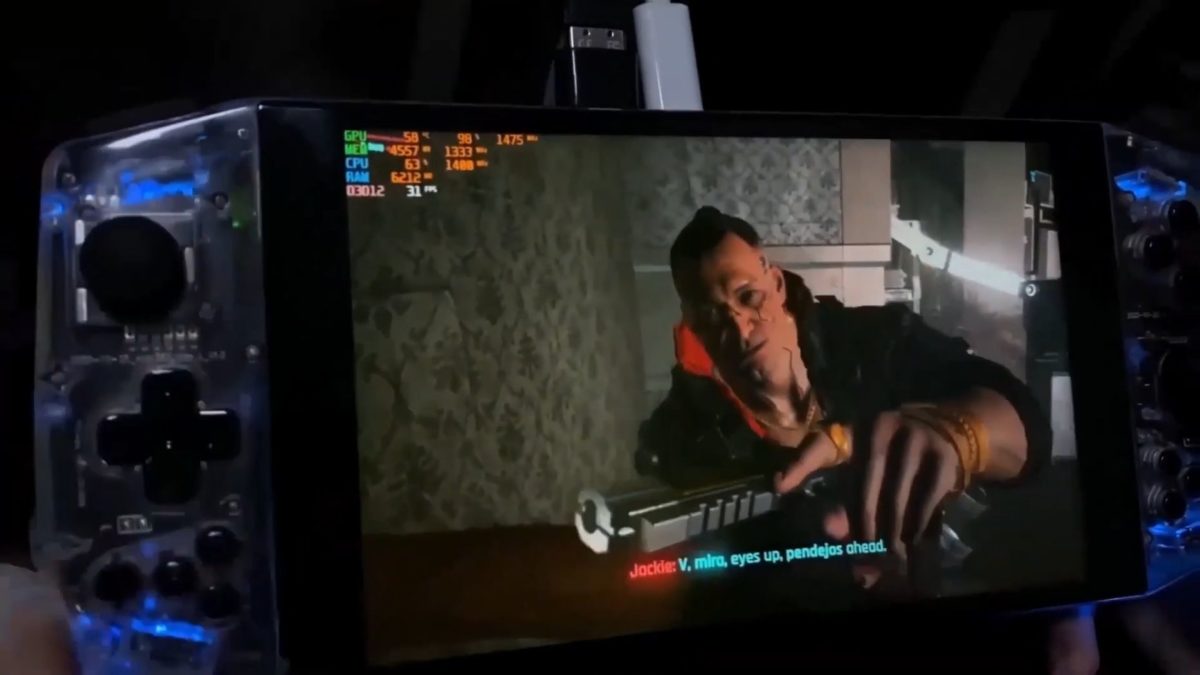 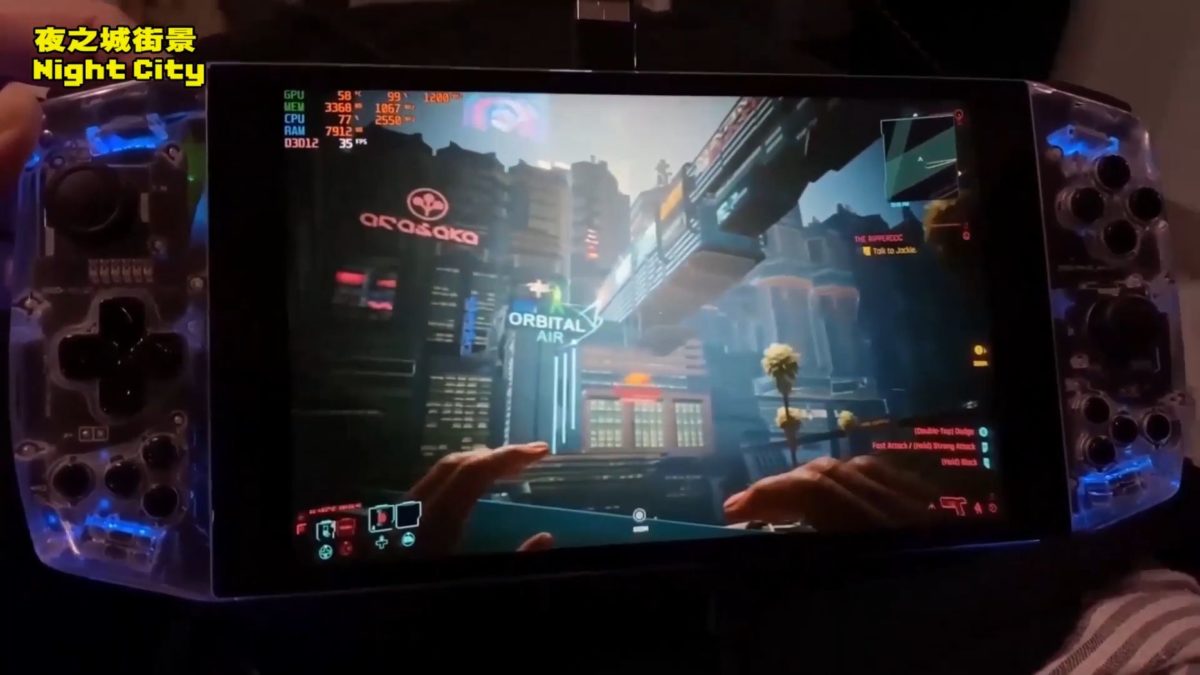 Due to adult content present in the video, we cannot embed the video in this article.