Following our report on a 3rd party AMD FSR 2.0 mod for Cyberpunk 2077, TechPowerUp tested and confirmed that this technology does indeed work in this game.

The power of open source software and creativity of PC modders brings AMD FidelityFX Super Resolution 2.0 support to Cyberpunk 2077. This game which launched just shortly after the introduction of RTX 30 and RX 6000 graphics cards has become a reference point for GPU tests, with heavy involvement of ray tracing and (now) super-resolution technologies like NVIDIA DLSS 2.0 or AMD FSR 1.0.

All screenshots and footage were captured with GeForce RTX 3080. Below are cropped images from 4K resolution comparisons: 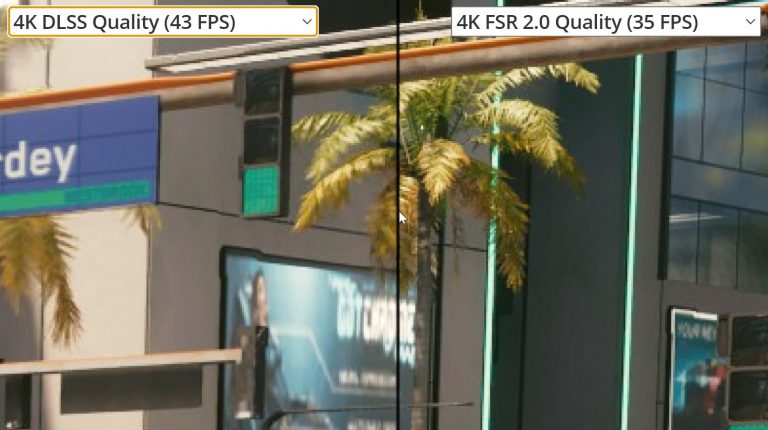 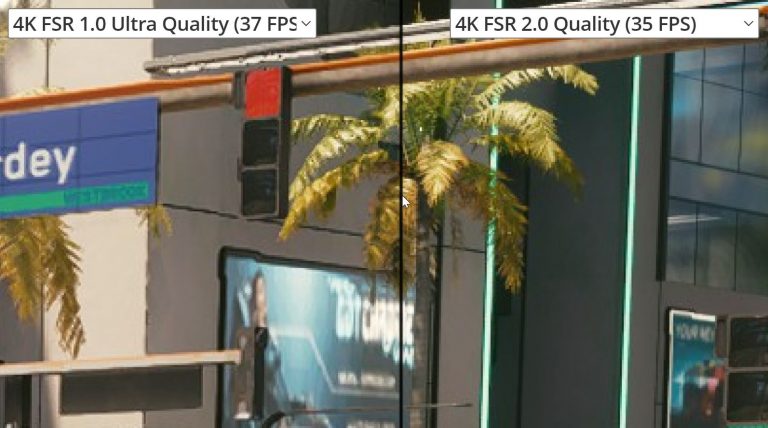 The mod replaces the DLSS library with FSR files, essentially using the backbone of competition technology. Cyberpunk developers have not yet expressed their intention to support FSR 2.0. This means that the technology may be supported later, or it may not be supported at all. NVIDIA DLSS 2.0 and FSR 2.0 are very much the same in regard to using motion vectors, but with 3rd party FSR 2.0 support it is apparent that the game is not optimized for this technology specifically.

A reviewer reports that although FSR 2.0 brings a noticeable image quality upgrade over FSR 1.0 at slight performance cost. On the other hand, the game is experiencing excessive ghosting, especially when driving a car. Furthermore, ray traced reflections may be rendered at lower resolution in some scenes and black borders may appear when in-game motion blur is used.

However, that is not a big price to pay to enjoy higher image quality and more importantly better performance on DLSS incompatible hardware, such as GeForce GTX 10 series.