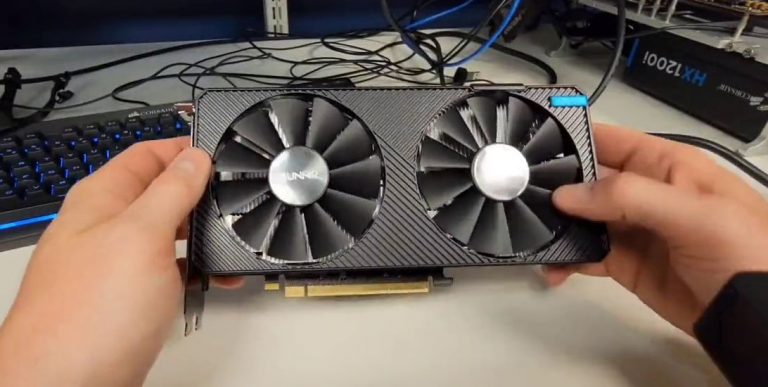 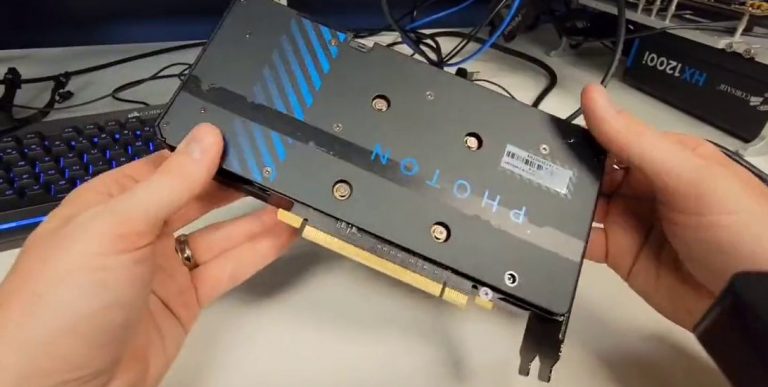 One could say that Intel desktop Arc Alchemist GPUS are now available for purchase, which is true, except only in China. This Intel’s Arc desktop has thus far only been available in one country with no information on worldwide launch and even official MSRP in US dollars.

Ryan Shrout posted a video presenting not one, but two GUNNIR A380 Photon cards, seemingly the first custom Arc cards officially at Intel labs. The Photon is a custom model based on Arc A380 GPU with full ACM-G11 GPU with 8 Xe-Cores.

As explained, this is a mainstream gaming GPU which is targeted for 1080p gaming at medium settings. Photon’s short demo featured PlayerUnknown’s Battlegrounds game at 2560×1080 resolution. The independent testing has shown that Arc A380 is an entry-level GPU offering slightly lower performance than NVIDIA’s GeForce GTX 1650 or AMD Radeon RX 6400 GPUs. 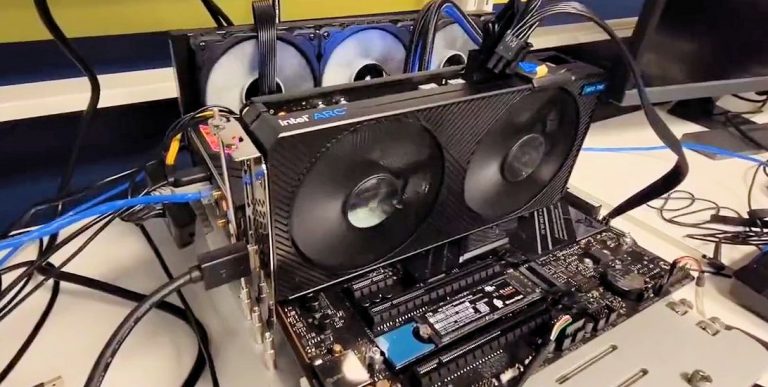 The A380 is a low-power GPU with a price tag around 130-140 USD (after conversion from Chinese Yuan). It is probably a good price for this card, except it should have launched months ago when entry-level GPUs from AMD and NVIDIA were simply not available anywhere at that price.

Got my hands on the retail version of the Gunnir Intel Arc A380 Photon 6G OC card. It's only available in China right now so WW buyers might not see it locally, but the build quality is exceptional. Mainstream 1080pMed gaming, DX12 Ultimate, AV1 HW encode, solid value! #IAmIntel pic.twitter.com/88tgxducI9

Unfortunately there is still no information on A380 availability outside China, not to mention more powerful A550, A730/A770 desktop models, which should become available ‘later this summer’. Therefore, Intel’s first modern discrete GPU series arrive at the very end of the launch cycle of AMD and NVIDIA gaming architectures which is simply too late to make a difference.