Custom Intel Arc A770 and A750 graphics cards have been revealed

At Innovation 2022 Intel is displaying first A770 and A750 partner graphics cards.

An important moment for graphics card enthusiast: the arrival of the custom designs based on bigger Intel ACM-G10 GPU. At least four new cards from GUNNIR and ASRock have been revealed at Innovation event yesterday. Thus far, Intel only showcased the Limited Edition A7 SKUs based on their own design. 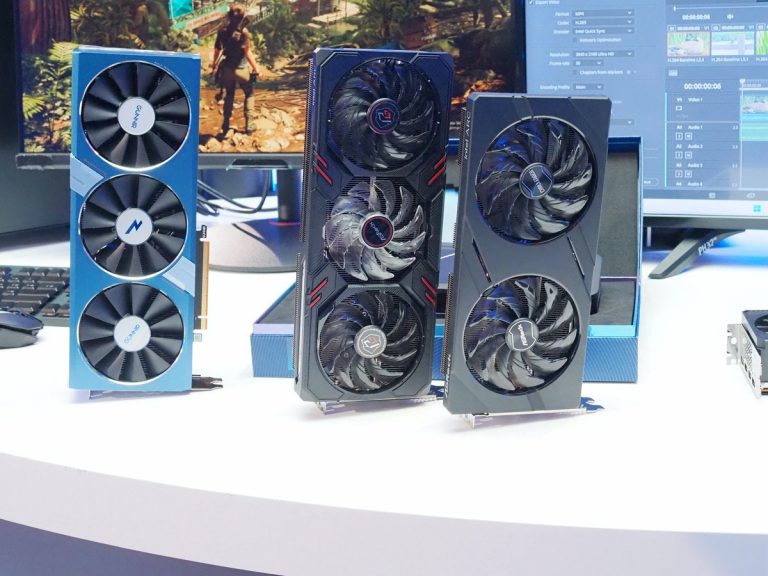 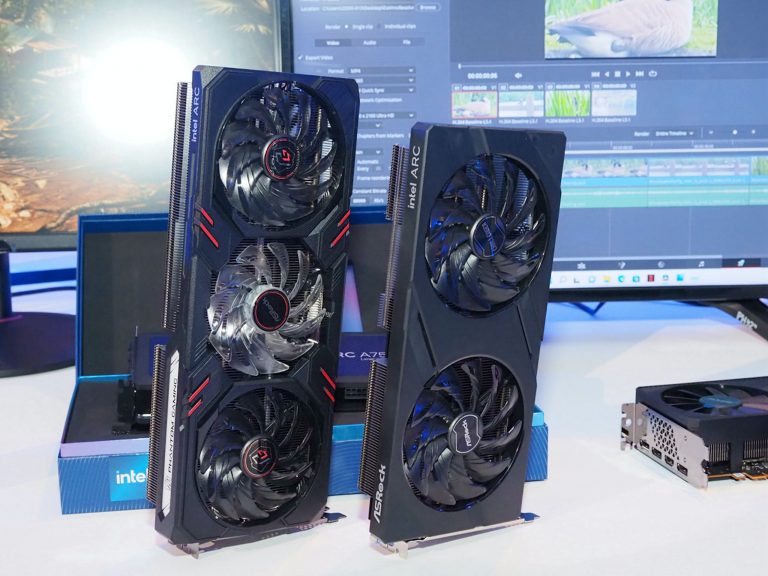 GUNNIR confirmed to be developing A7 GPU a long time ago, but only now is shown in its full form. This triple-fan design features a 2.2-slot cooler and has been equipped with two 8-pin power connectors, an upgrade over Intel’s 8+6-pin design. This card is also equipped with a simple metal shroud and a full cover backplate.

This is not the only custom design from GUNNIR though, Engadget has a photo of another triple-fan design as seen in the right upper corner: 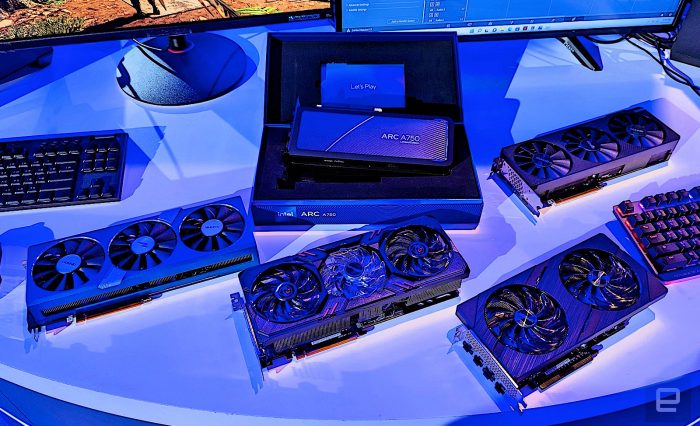 ASRock came up with two Arc A7 designs, one is part of the Phantom Gaming series (A770) and the other is Challenger (A750). Intel has been hinting that board partners will have some flexibility when it comes to GPU configurations (clocks/TGP) they can apply. One of the cards is even called “OC” which confirms it will be faster than Intel’s Limited Edition. Both cards are equipped with dual 8-pin power connectors as well, which seems to be a ‘feature’ of all premium non-reference designs with Arc GPU. 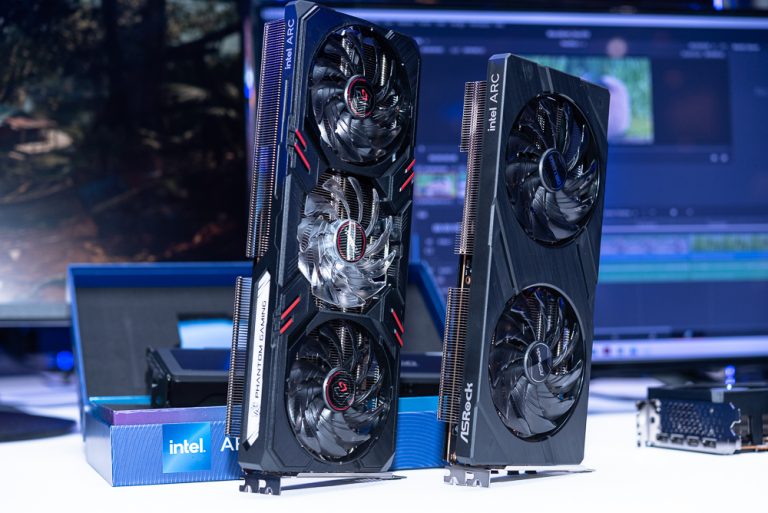 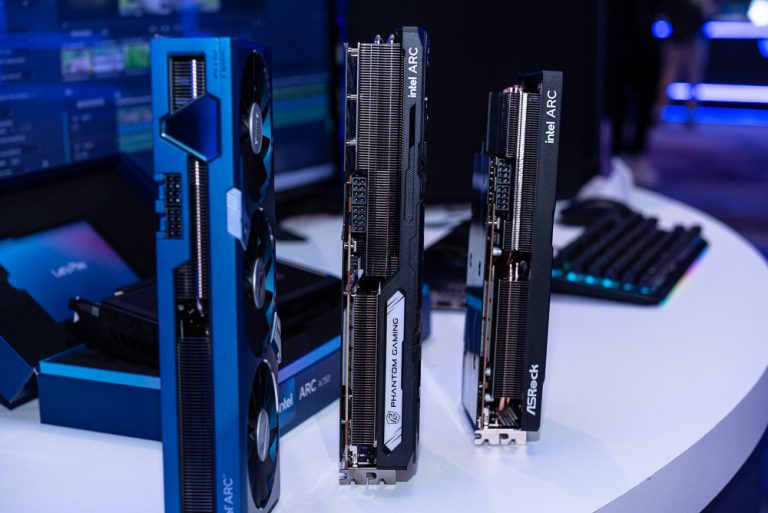 Unfortunately, none of the reports has any information on custom card availability. Intel mentioned that the plan is to launch both the reference and custom designs at the same time. With the launch slipping to the fourth quarter (October 12th to be exact), there is a chance that those plans could have changed as well.