ComputerBase have a detailed overview of AMD RDNA3 and NVIDIA Ada architecture frequency analysis. This generation allows both architectures to reach the 3 GHz barrier with ease, but such clocks will not be seen at all times.

German reviewers go back to some old claims of RDNA3 architecture being capable of reaching well beyond 3 GHz. As it turns out some of those claims might have been true after all, they just do not apply to heavy gaming workloads.

ComputerBase has tested RDNA3 and ADA GPUs in 3D rendering Blender benchmark. The clock speed is significantly higher on custom Sapphire Radeon RX 7900 XTX GPU with an average of 3455 MHz. Editors even mention that the clocks were as high as 3548 MHz, but the card was not fully stable.

Such frequency was achieved at 374W of power, with a hard limit of 500W. This means that the GPU was not power throttled, especially since it’s a custom design with improved vapor chamber. It is in fact 13% higher than reference model, but at the same time it consumes 21% more power. Such GPU clock is also 24% higher than last-gen RX 6900 XT GPU. 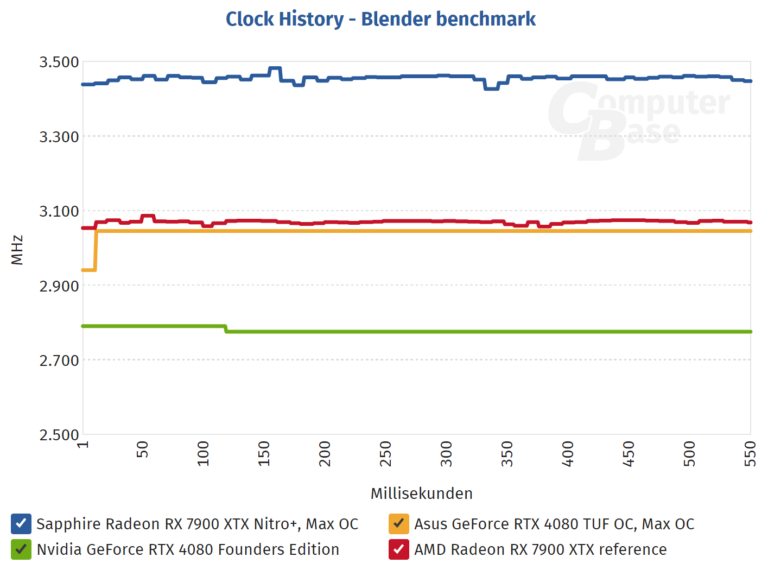 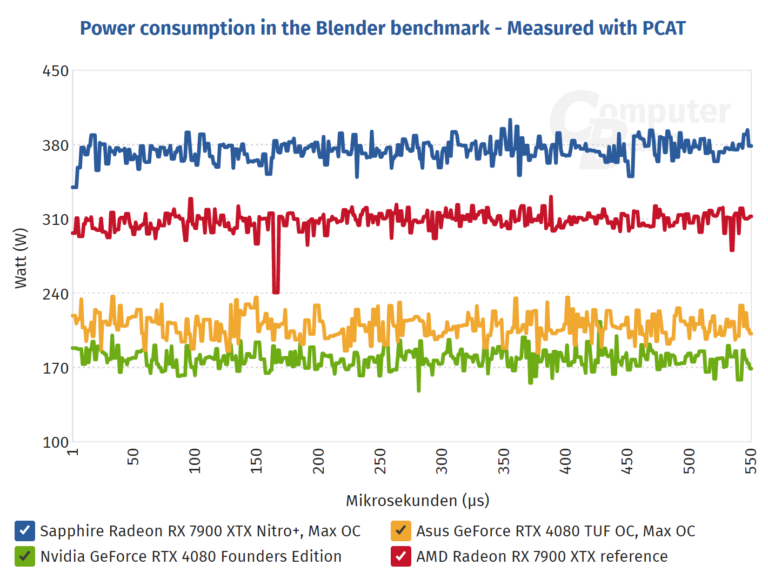 In games the frequency is much lower, though. The average clock of reference AMD RX 7900 XTX GPU is 2554 MHz, whereas the heavily optimized (overclocked) Sapphire Nitro card can reach 2832 MHz on average. ComputerBase editors mention that the frequency can actually go as high as 3155 MHz in some custom test scenes, but that’s as far as custom Navi 31 goes in games. 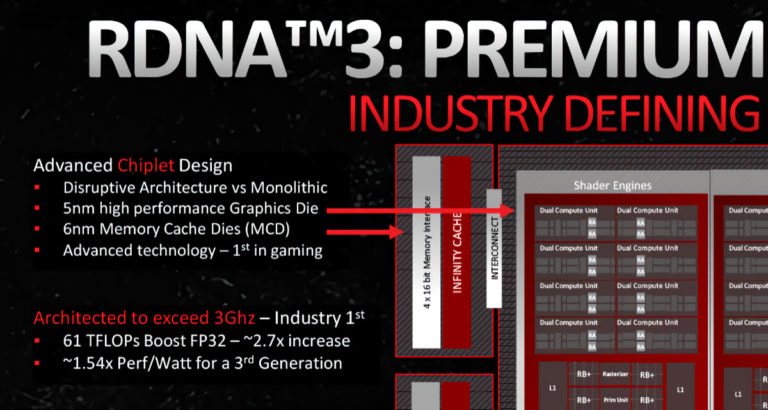 AMD themselves advertised the RDNA3 architecture as first to exceed 3 GHz. So this claim is indeed true, but it may not always apply to games. What is also worth noting is that Navi 31 is just one of the three planned GPUs. Since smaller RDNA GPUs tend to clock higher, it is likely that custom models based on Navi 33/32 will finally cross an average 3.0 GHz in games.