The first reported case of melted custom cable by CableMod. 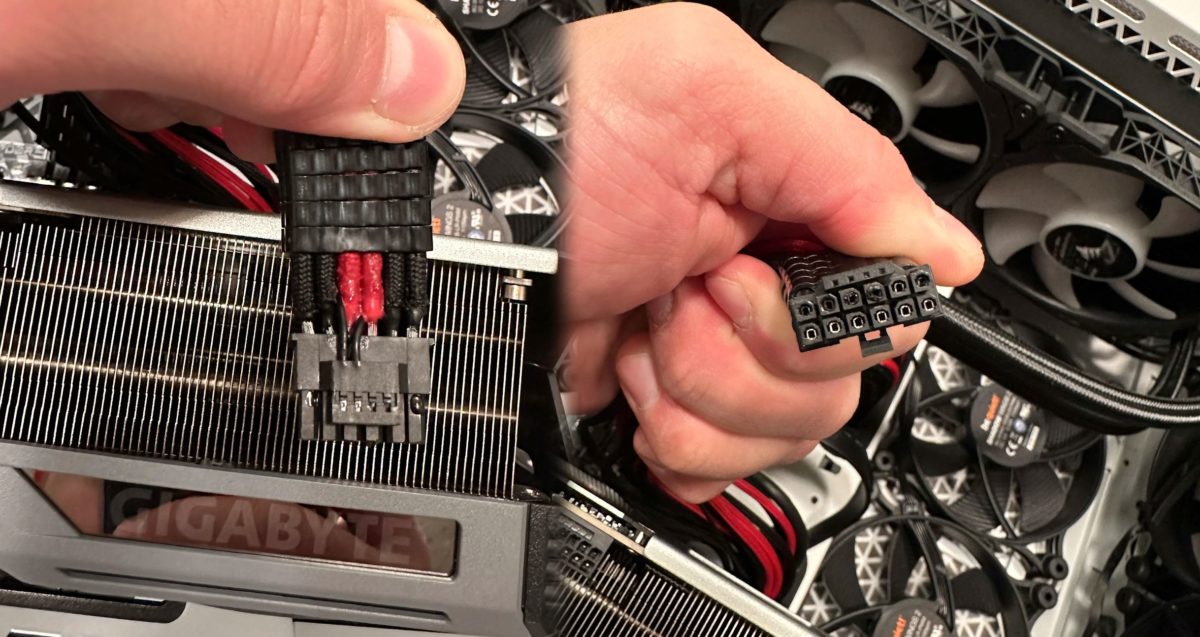 After many weeks of silence, melting RTX 4090 cables are back on the agenda. This time the problem affects a custom cable designed and manufactured by CableMod. This company was quick to announce its work on their custom 12VHPWR cables that would replace the original NVIDIA adapters.

According to the GPU maker, the problem of melting cables only happens when users incorrectly plug the cable. The new 16-pin cables are harder to plug all the way down, so many users would not plug them correctly. Ever since NVIDIA made this statement, the number of reported cases has dropped significantly, which means that might have been the case after all.

Meanwhile, Redditor who purchased a custom cable from CableMod, claims to have put the cable all the way into the card, to the point where a click sound is heard. Yet, the cable is clearly melted. Luckily for him, the graphics card was not impacted.

The company behind the custom power cable has already responded in the thread. CableMod appears to be very straightforward in their further responses, suggesting that if the cable is at fault and GPU is no longer working, the company might cover the cost of replacement.

“Very sorry about that – please reach out to our support and we will make it right with you! Our products come with service and we help every customer out.”

“The card is not damaged (we spoke to him) but in case our cables would damage a card, then we would replace the GPU – we have done that in the past in very rare cases where our cables damaged something.”

That said, those who might encounter a similar issue with said cable, should not worry about possible reimbursement. CableMod is more than willing to resolve any potential problems should such occur. However, this is the first reported case of such cable melting, and it looks like even weeks after the case was ‘resolved’ officially, such instances are still reported. Whether the user inserted the cable correctly that’s for CableMod service to determine.