Crytek enrages reviewers by telling them what and not to mention in their reviews.

It’s not very often that we see a review guide for a game, simply because they are not very interesting. However, Crytek’s guidelines for Crysis Remastered Trilogy are actually one of a kind, claims Joker Productions. The YouTuber revealed the embargoed information in the latest video, which is actually a result of Crytek’s decision to favor certain outlets with an early embargo on the remastered Crysis franchise.

Game developers have every right to choose who gets to show the game first and this is indeed often the case with other games. What game developers or any other company providing a product (physical or virtual) for that matter should not do, however, is to tell reviewers what they should, or not say, in their review. The guidelines are only guidelines, and anything other than the reviewer had agreed to beforehand, such as publishing date, should be ignored. 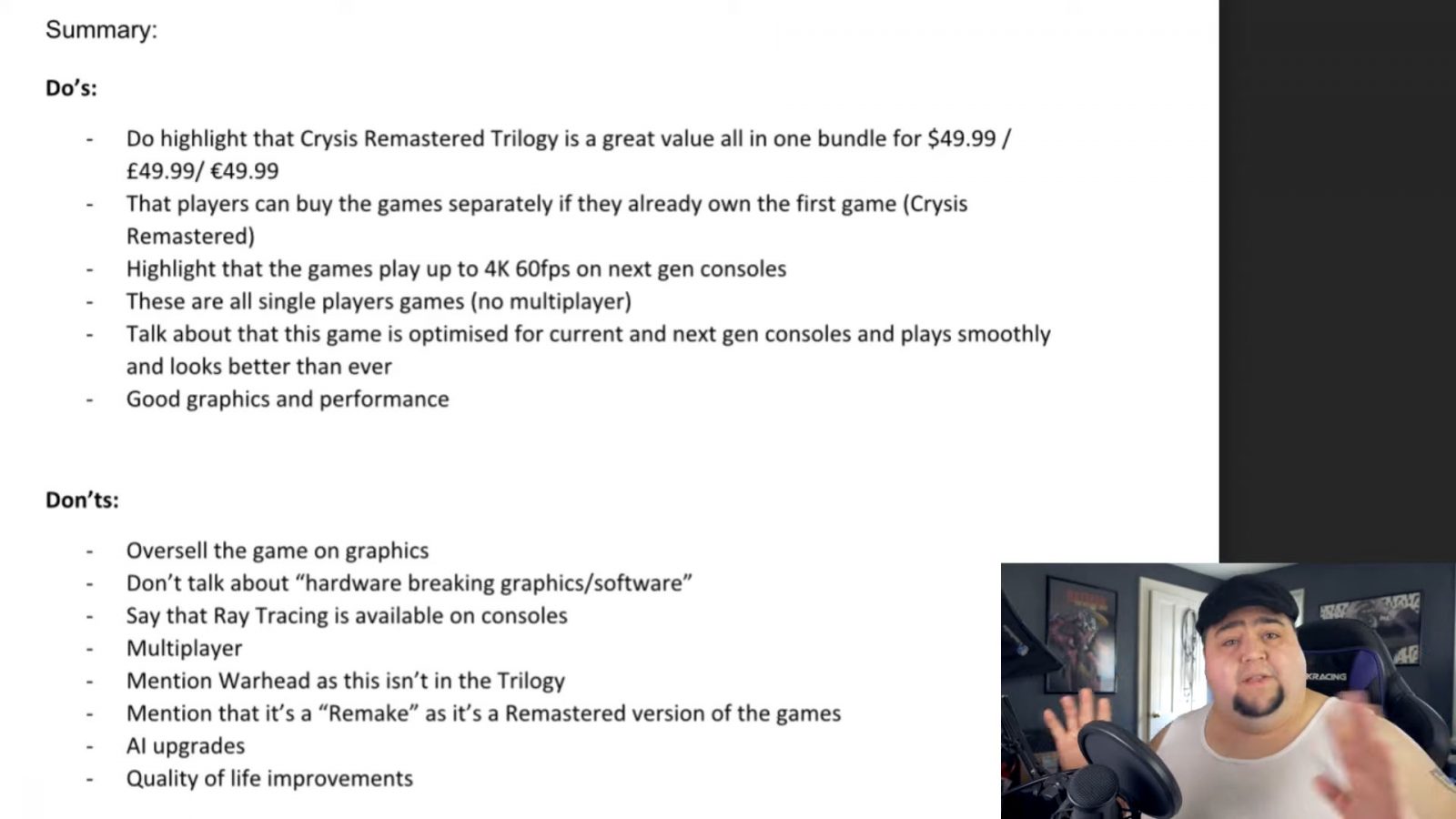 Joker revealed the summary from the review guidelines for Crysis Remastered Trilogy, the latest installment in the series offering better graphics, new graphics features such as ray tracing for the PC version or DLSS for NVIDIA RTX powered systems. But Crytek clearly does not want reviewers to ‘oversell’ graphics, which is a bizarre ‘request’ for a game that has been remastered.

Crysis Trilogy Remastered brings 4K support, ray tracing, DLSS, improved lighting and textures, and higher quality models of characters and vehicles in the game. It has all been covered in detail in the Digital Foundry video who focused on Crysis 2 comparison across PC and pretty much all gaming consoles.