Chinese crackdown on cryptomining is now the main cause for a large number of graphics cards being sold on the Chinese web.

Gamers should be delighted to hear that GeForce RTX 30 graphics cards are now available for sale at very good prices, only they are not new and probably shouldn’t be bought in the first place. Last month’s China’s crackdown on bitcoin has forced many mining farms to relocate from the Sichuan region where the ban was imposed or, if that was not possible, to quickly sell their equipment. GPU prices are in decline for at least two months, which means the sooner they sell those cards the more money they save.

Some examples of GeForce RTX 30 cards going on flash sale have been put together by The Block. Flash sales of a large batch of GeForce RTX 3060 cards can be seen with prices ranging from 2,200 yuan to 2,899 yuan (respectively 336 USD/450 USD). According to The Block, the seller has further reduced the price to 1,760 yuans (270 USD) after potential buyers offered much less.

Another seller has been trying to sell all gaming laptops that were purchased with the sole purpose of using their discrete GPUs for mining. An RTX 3060 equipped gaming laptop can be found for around 1000 USD, which is not really that good price anymore. 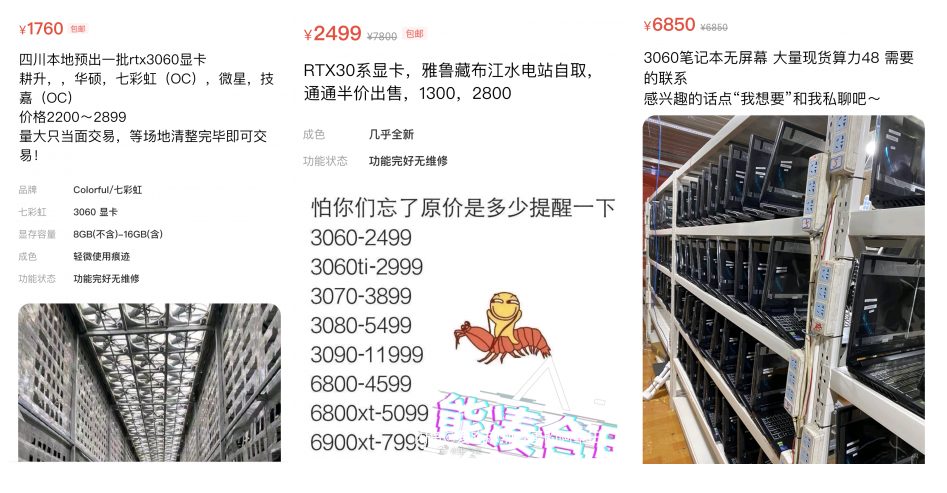 A week prior to this flash sale miners were trying to graphics cards in bulk, often without even removing them from mining rigs. The prices have since then been gradually going down. 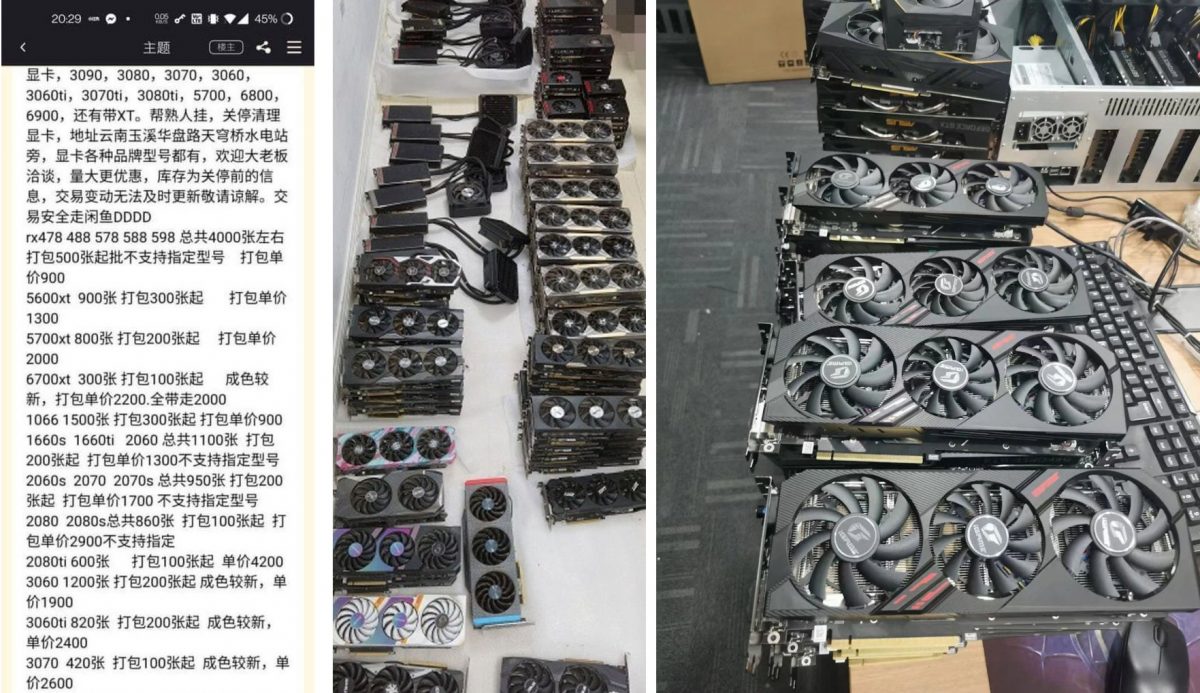 Buying a second-hand GPU these days can be a gamble. There are many miners who are now trying to quickly sell their cards before the GPU prices decline even further. It is worth remembering that GPUs which were used for mining were operated way more extensively than their typical use. A 24/7 operation with fans often spinning at their full potential and overclocked memory can only cause issues in the future. We encourage our readers to be cautious when looking for a second-hand GPU. Gamers should pay attention to the lack of warranty, packaging, or unremoved display connector caps.