Intel Core i9-13900K compared with and without power limiting settings

The 24-core and 32-thread Raptor Lake processor scores 2290 points in single-core Cinebench R23 test and 35693 points in multi-core. It seems that in this test with default power and clock settings the CPU package reached 254W of power consumption. This level of power is the rumored Turbo/PL2 power limit for the flagship Core i9-13900K CPU. 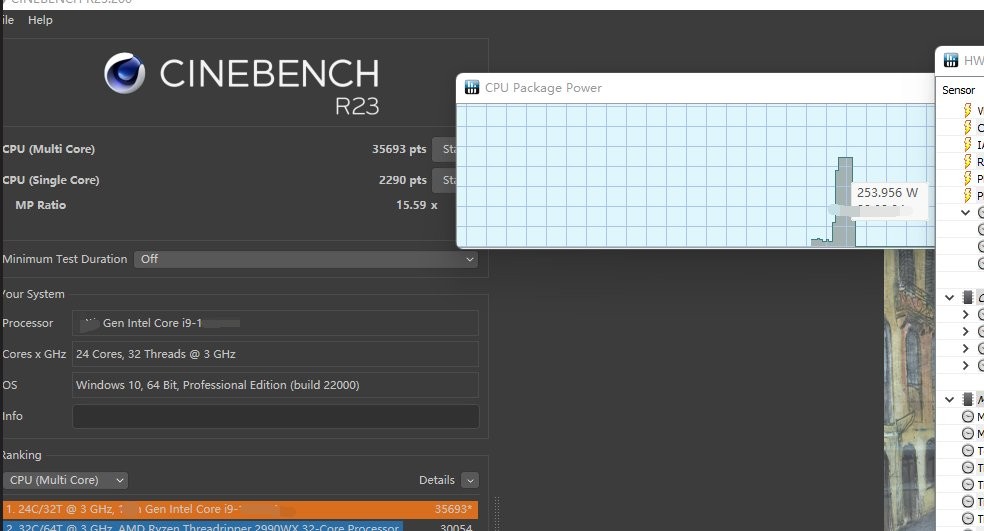 If we were to compare multi-core performance at the same power settings, then i9-13900K beats any current flagship model, including Intel and AMD CPUs (values provided by Wccftech):

The same Intel CPU has been tested by ECSM, but using different tools. This sample was tested with AIDA64 Stability Test, while HWiNFO window was recording behavior of each core. It shows that 2 out of 8 available Raptor Cove cores reached 5.8 GHz at some point throughout the test. The remaining Performance cores were running at 5.5 GHz while all 16 Efficient cores reached a stable 4.3 GHz clock.

For this test 360mm AIO liquid cooler was used while the CPU package reached 90°C temperature and 314W consumption, suggesting that this CPU as well was tested with unlimited power.

Intel is set to announce its Raptor Lake CPUs next month at the Innovation event on September 28th. However, the availability is not expected till October 17th. Therefore, those results appear more than 2 months ahead of launch. At this point is the only missing information is pricing.