We have just confirmed the memory specifications for the upcoming Ampere GeForce graphics cards. So far only the RTX 3090 and RTX 3080 have been confirmed. The information has been confirmed through our sources at AIBs. It is based on the product codenames that we received.

First of all, there is no RTX 3080 Ti (at least not yet). NVIDIA is really launching the RTX 3090 instead. This graphics card will feature 24GB of GDDR6X memory, the same capacity as current generation TITAN RTX.

We only have the capacities confirmed, but we can assume that RTX 3090 features a 384-bit bus and RTX 3080 gets 320-bit. The memory speeds for both cards are expected to be at least 19 Gbps.

NVIDIA will announce RTX 3090 and RTX 3080 on September 1st. We have heard that RTX 3070 will also be shown. The announcement will stick to the basic information such as specs and pricing. More details will be revealed during special press-only events after the announcement. 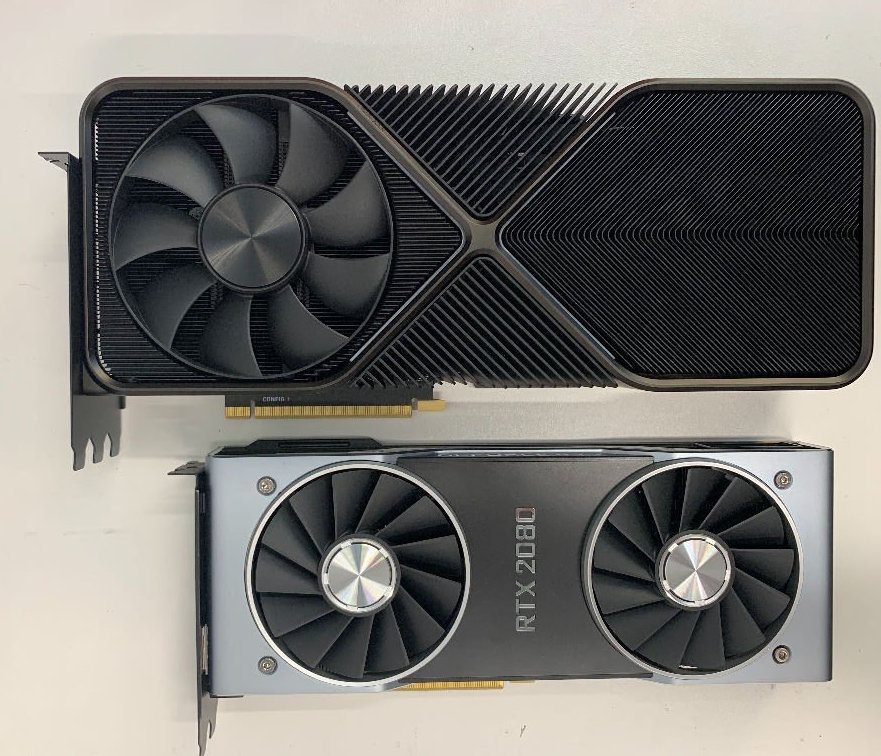