Just a bit over a month after the release of NVIDIA RTX 3090, Colorful has finally released its iGame Vulcan X OC custom model. This particular SKU is currently the flagship graphics card in the Colorful offer, that is, until the release of iGame KUDAN.

The iGame Vulcan X OC is a triple-slot and triple-fan design with a length of 31cm. The most innovative feature of this model is the side-mounted screen. Of course, we have already seen graphics cards with LCDs (Colorful has been one of the first manufacturers to implement color displays), but it has recently become more common for ultra-premium models. Even Gigabyte is now offering AORUS RTX 30 series with LCD panels. But the innovative part from Colorful is not just the screen, but the fact that it rotates. Thus it can be used whenever the GPU is installed vertically and horizontally. 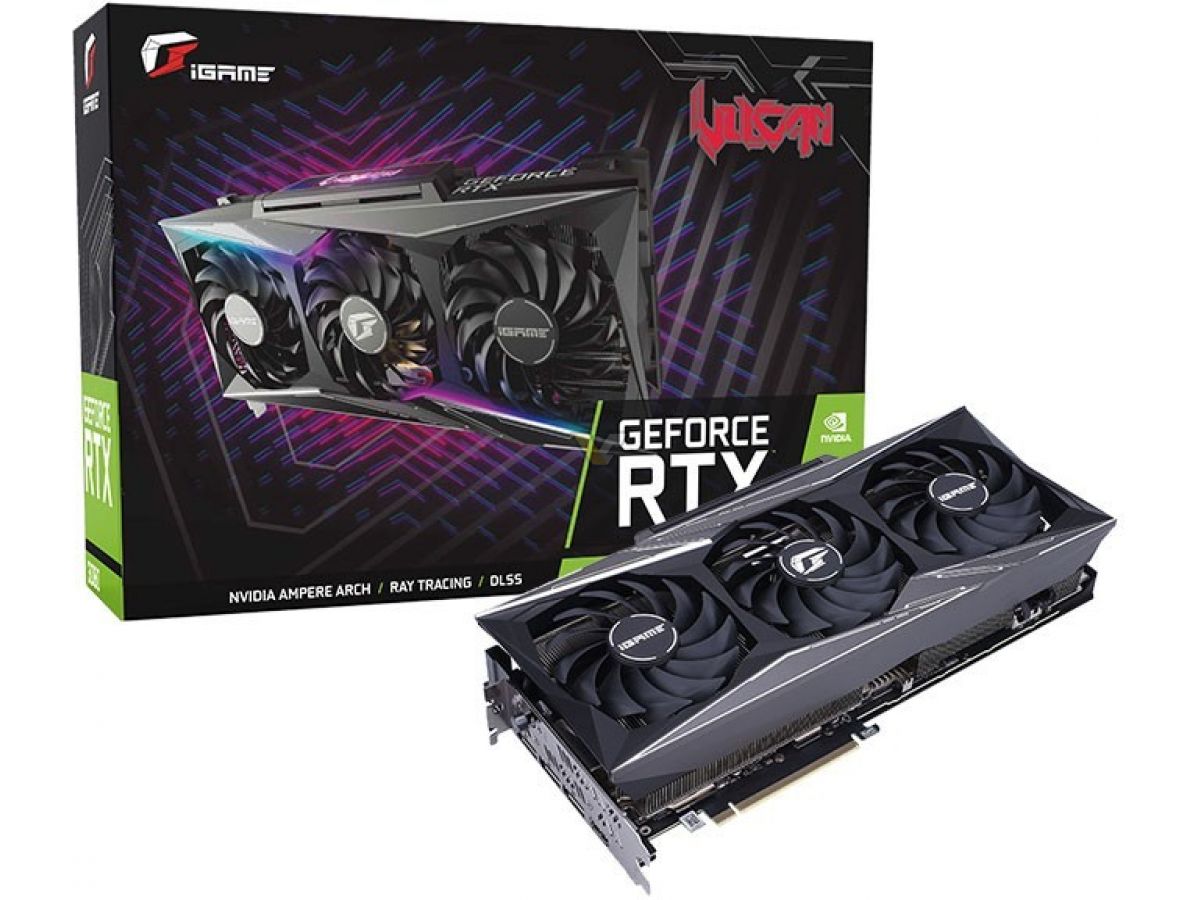 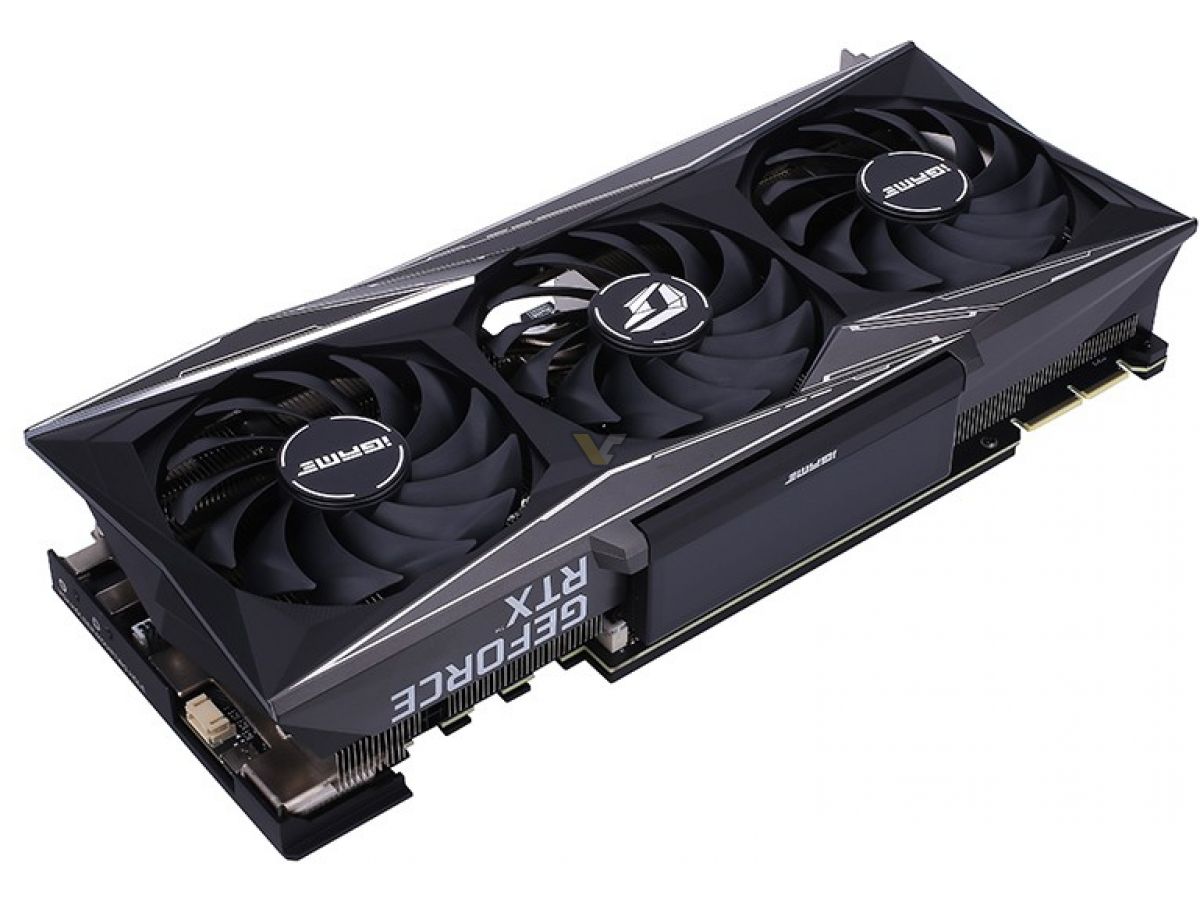 The graphics card is equipped with triple 8-pin power connectors attached to a full custom PCB design with a 14+8+4 power stage design. Colorful is one of the very few manufacturers who lists the exact custom TGP for their models. That said the RTX 3090 Vulcan X OC has a TGP of 390W, 20W more than RTX 3080 Vulcan X OC, and 40W higher than RTX 3090 Founders Edition. The GA102-300 based iGame Vulcan X OC features factory-overclocking to 1785 MHz, which is applied with a one-click BIOS switch as seen on an I/O bracket.

Colorful iGame RTX 3080 Vulcan X OC is not yet listed by any retailer, hence the price remains unknown. We have been told by Colorful that the card should become available starting from this week. 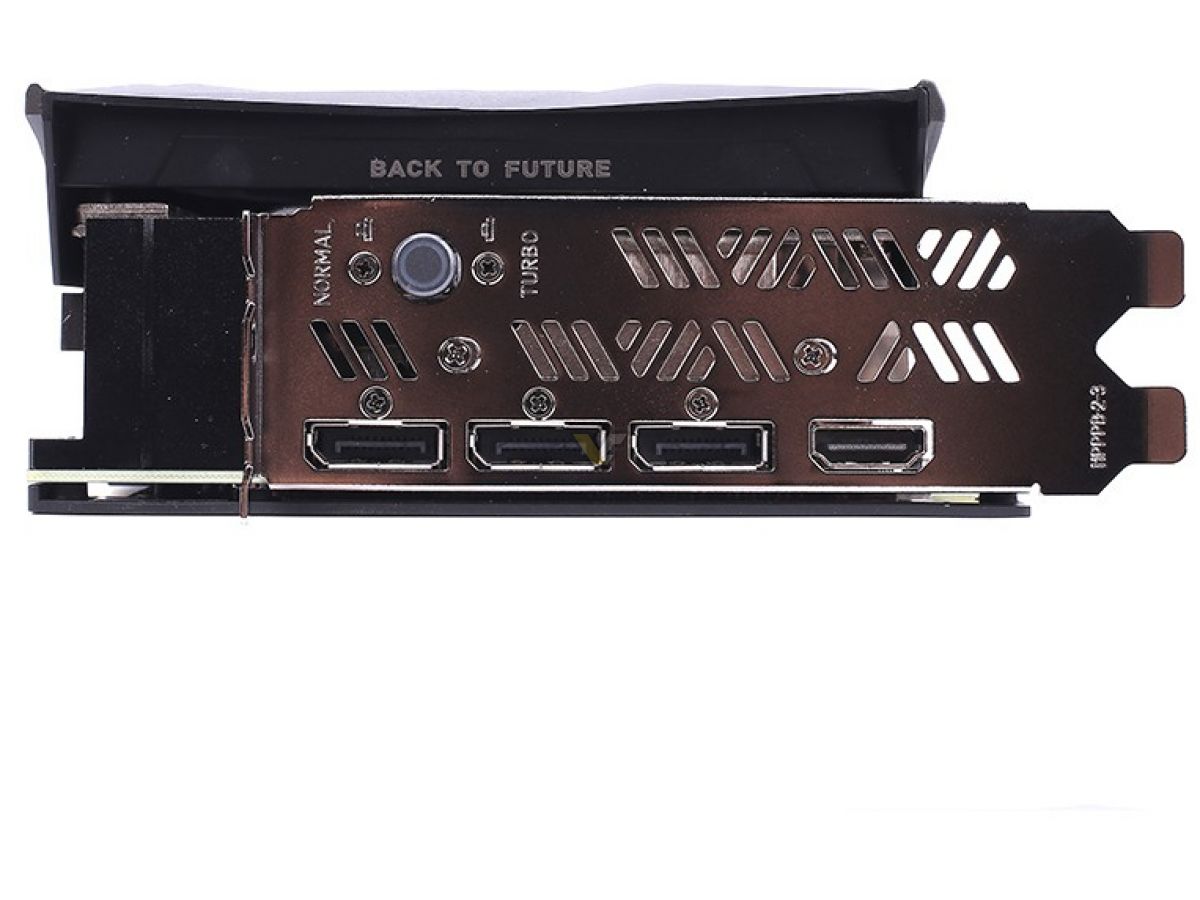 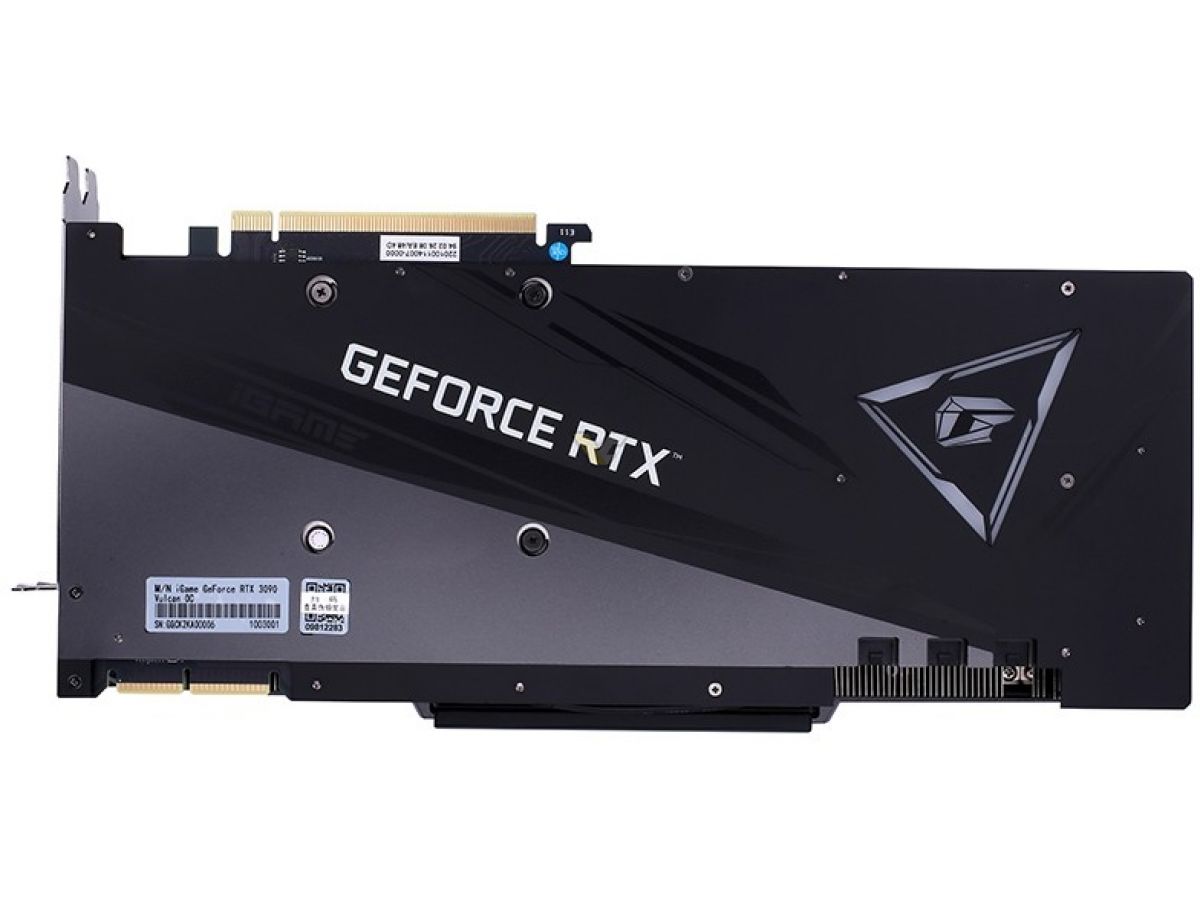 The RTX 3080 model has recently been reviewed by TechPowerUP. The review demonstrates how the side-mounted screen works. 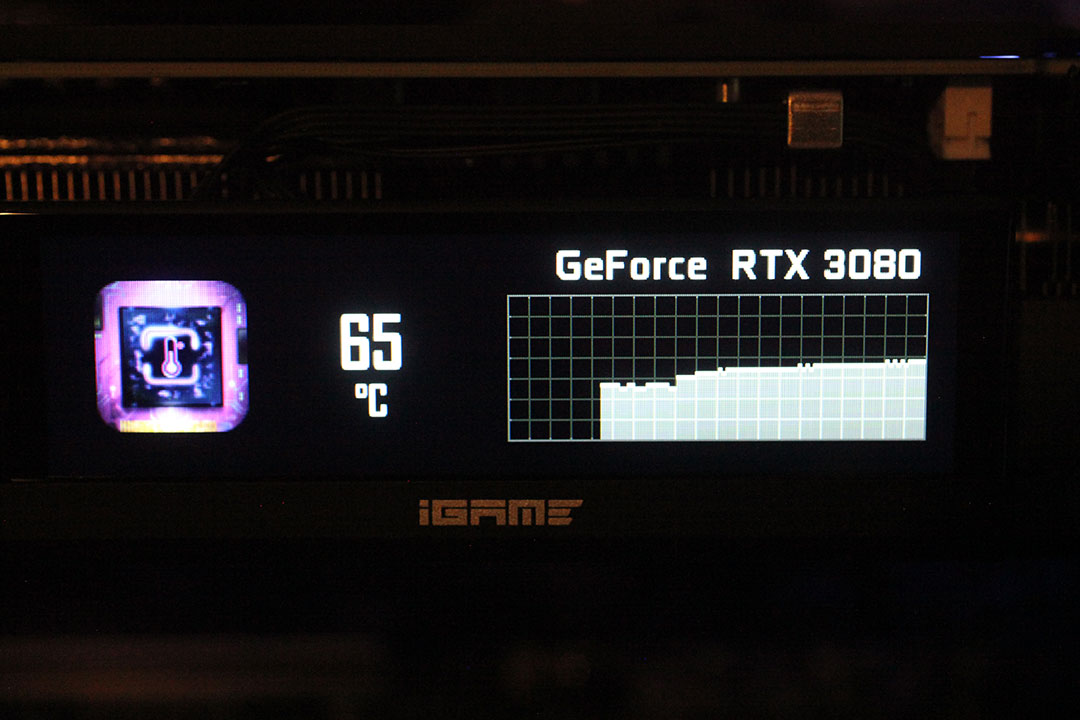 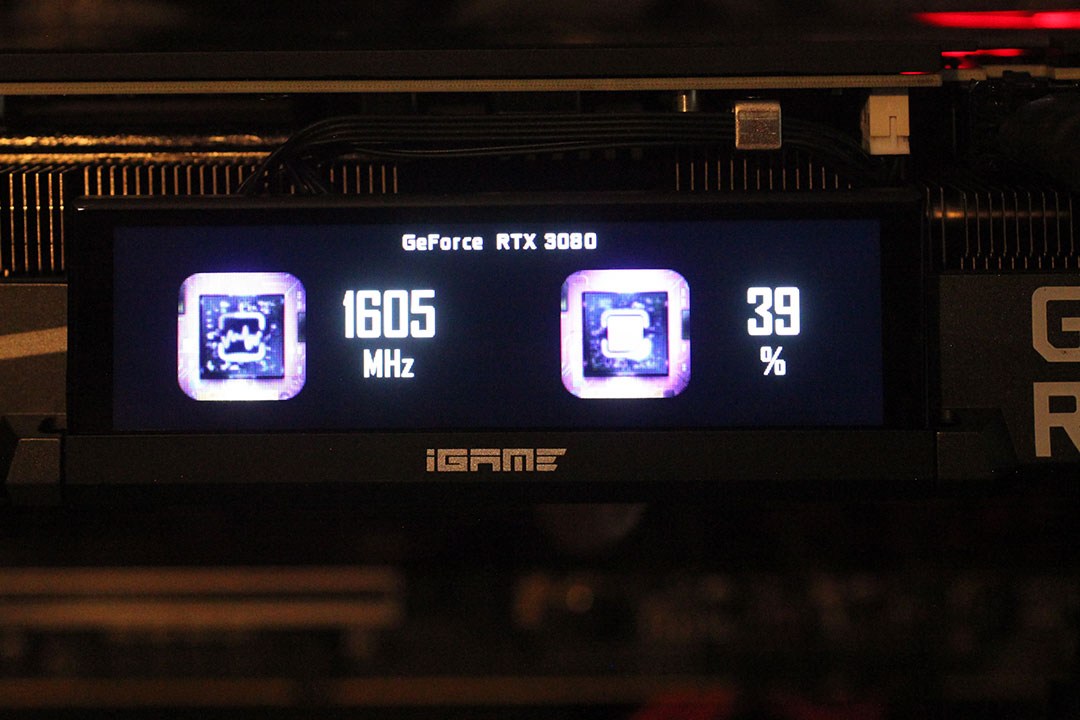