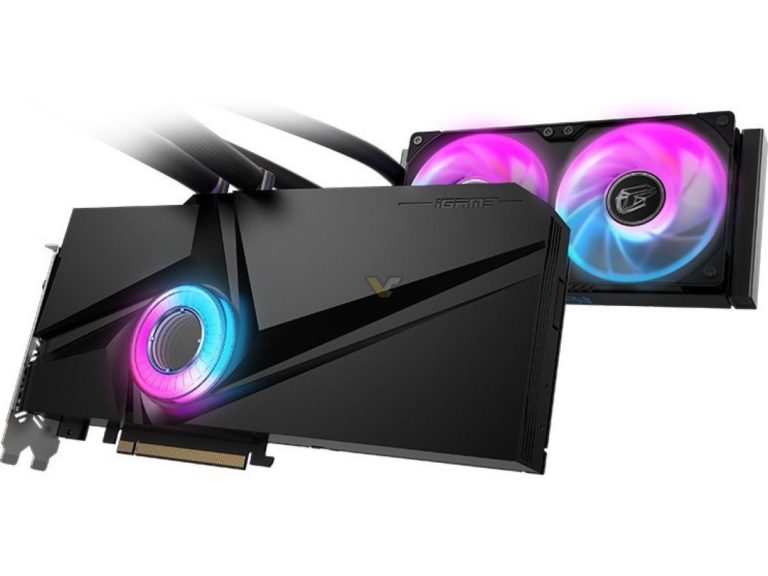 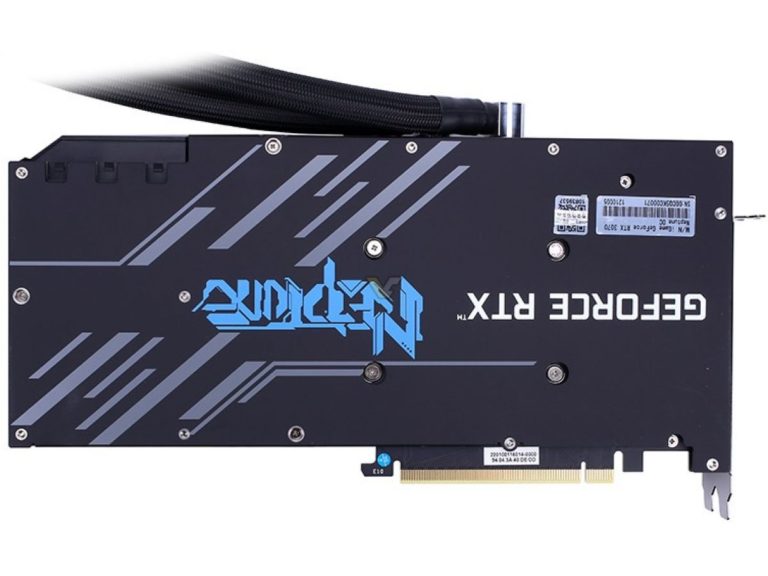 Following RTX 3090 and RTX 3080 Neptune SKUs, the Chinese graphics card manufacturer has unveiled its third, possibly the last model featuring this cooler design. Unlike previously released models, the RTX 3070 is based on a different GPU, which means that Colorful had to adopt the cooler for a different board. While the GA102 based models shared the same board layout of 14+8+4 power stages and the maximum TDP of 370W, the GA104 based RTX3070 card will feature 14+4 power stages as well as a TDP of 270W (+50W over reference).

Colorful RTX 3070 Neptune is a factory-overclocked model, but the higher frequency is not applied automatically. Users may choose between the default 1725 MHz clocks or push an OC button which is located on the I/O bracket which loads a secondary BIOS with an 1845 MHz boost. It is worth noting that such a frequency is already a 7% overclock, but it still not as high as air-cooled Vulcan OC (1875 MHz).

The graphics card uses a custom All In One cooling attached to a 240mm dual-fan radiator. One would think that RTX 3070 will not require such a powerful radiator, but Colorful is likely cutting development costs and reusing the same kit for all Neptune cards. Colorful RTX 3070 Neptune is already listed on the company’s website, but the pricing and availability were not known at the time of writing. 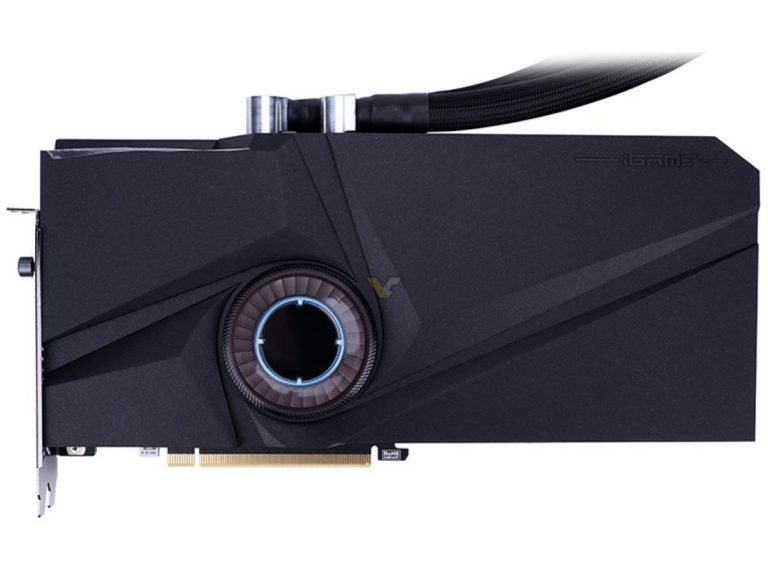 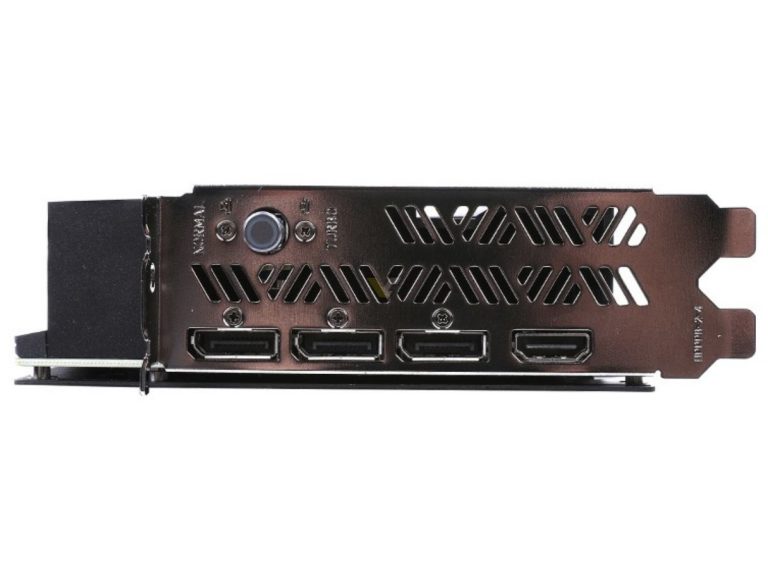 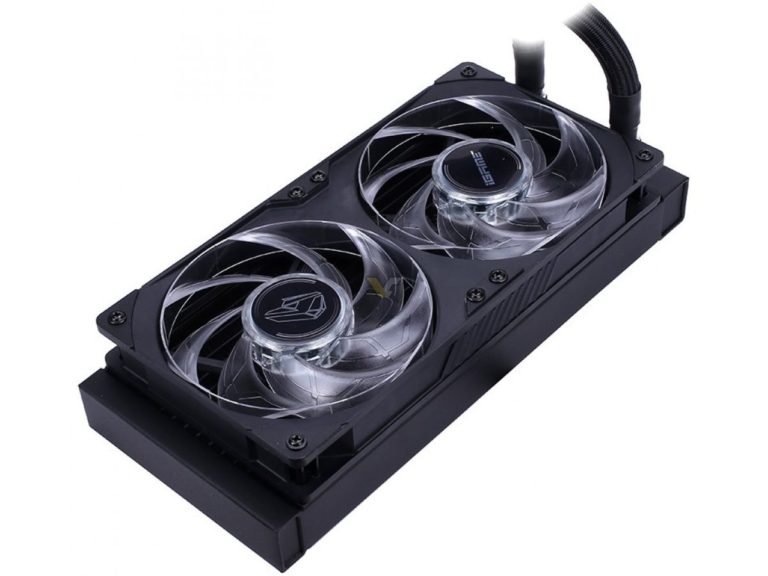